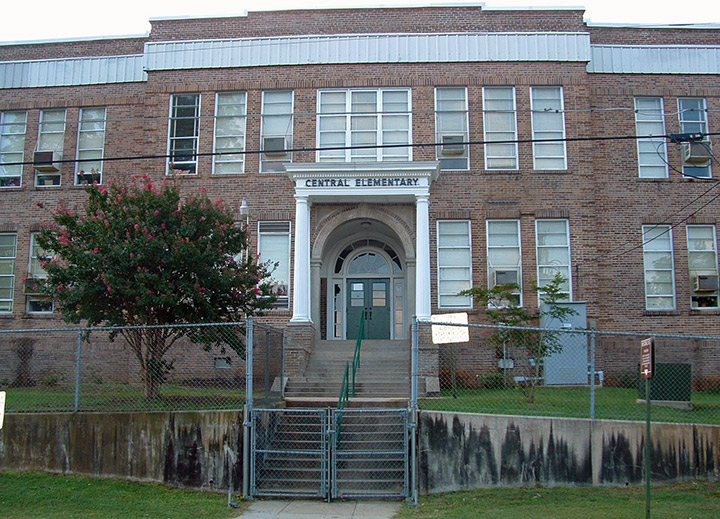 Shreveport History begins along the banks of the mighty Red River, based on land first inhabited by the Caddo Indians. The City of Shreveport, founded in 1839, was named for Captain Henry Miller Shreve. He was a steamboat captain credited with transforming the region from a rural stop along the Texas Trail to a flourishing riverbank commerce area. Shreve was charged with clearing a 165 mile-long logjam along the Red River known as the “Great Raft”, which prevented cotton shipments from traveling north after passing the port of New Orleans. It took him over a decade to open the waterway. Today, Shreve is hailed as the hero who changed the fate of the area.

Prior to 1839, Caddo Indians were persuaded by an early businessman to sell 16 tracts of land that eventually became downtown Shreveport. The fertile soil along the Red River was another major contributing factor in establishing a successful agricultural industry here, followed by lumber, manufacturing and oil.

As the city grew, so did the population and by the 19th century it was comprised a diverse mix of peoples including native Indians, riverboat men, multifarious merchants, trappers, traders and others.

On the other side of the Red River, a small trading post known as Cane’s Landing opened, later becoming Bossier City. Spurred by the success and popularity of its adjacent sister city, Bossier really gained notoriety when Barksdale Air Force Base was dedicated in 1933. Barksdale is significant because it served as the largest bombing and gunnery range in the U.S. Air Force by World War II.

During the Civil War, Shreveport was the Capitol of Confederate Louisiana. Yet, it did not dissuade Blacks from coming and settling here afterwards. The majority could be found in the Blue Goose neighborhood, as well as along Texas Street. Filled with nightclubs, barbershops, restaurants and other businesses, the Blue Goose was the happening place for African American community. It also encompassed part of Shreveport’s “Red Light District” that thrived from 1902 to about 1917.

Today’s Texas Street was formerly known as “The Avenue.” Dating from 1899 to 1917 it was once the business center and local social point for Shreveport’s African Americans and those from the surrounding communities. The street has been wonderfully preserved and is still home to historic churches, turn-of-the-century buildings and businesses.

Churches continue to play a significant role in the culture landscape here. Antioch Baptist Church, the oldest African-American Baptist Congregation in Shreveport; Little Union; Old Galilee; and Our Lady of the Blessed Sacrament Catholic Church, the Black Catholic church back in the day, are just a few of the oldest still standing.