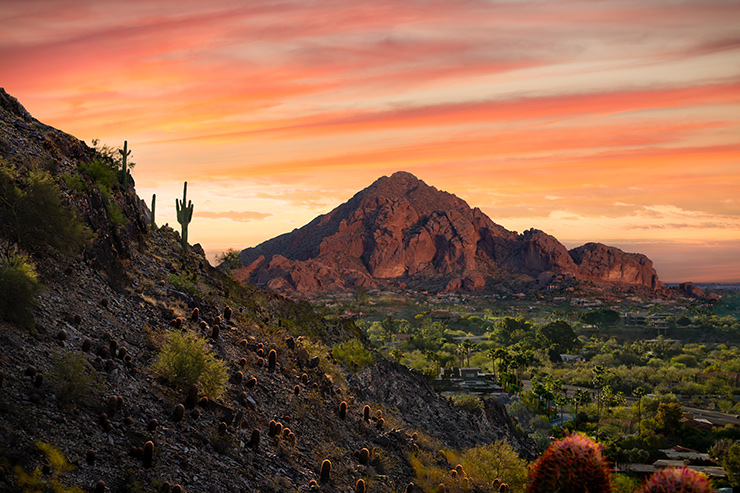 “The Valley of the Sun” is a sprawling metropolitan desert area in the heart of the Sonoran Desert 1,117 feet above sea level. Think of hot desert air, a cactus-sprinkled landscape and Superstition Mountains so beautiful you’ll know what inspired so many western movies and Five Star resorts than any other location.

Phoenix attracts 12 million visitors each year from all over the world and all walks of life. That special touch of inspiration began with Native Americans who tapped the mountains for spiritual rejuvenation.

You must be 21 years or older to purchase or drink alcoholic beverages in Arizona.

Phoenix is one of the fastest growing metro areas in the United States with 3.5 million residents.

African Americans are approaching 100,000 residents in the Phoenix metro area.

Phoenix is a “youthful city,” with more than 50% of the population between the ages of 18 and 54.

Notable people who lived, retired or made their mark here: