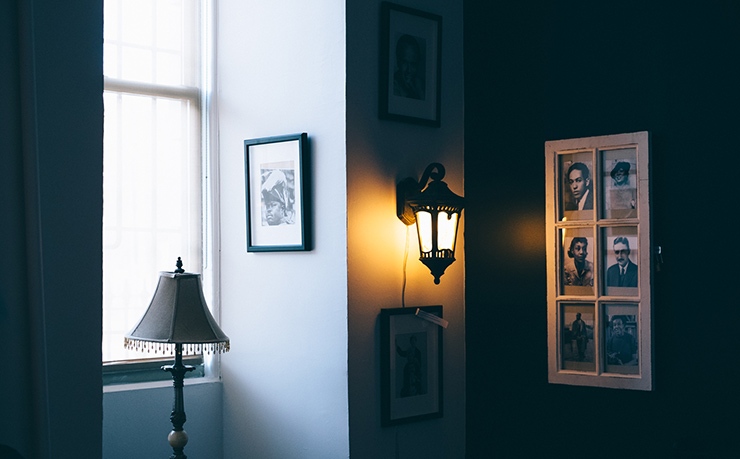 Statue of Liberty
DESCRIPTION: Built in 1886, the Lady Liberty stands from the base of her pedestal 240 feet tall. A lot has been written concerning the Frenchmen’s real intention for the Great Lady — was she built in honor of America’s decision to abolish slavery? Catch a ferry from Battery Park and judge for yourself. Expect big lines to catch the elevator in the summer; you can always climb 22 flights of stairs.
ADMISSION: free
DAYS & HOURS: daily 9a-5p
ADDRESS: Liberty Island, New York, NY MAP
RAPID TRANSIT: Ellis Island Ferry from Battery Park to Statue of Liberty
PHONE: 212-561-4500
WEBSITE: http://www.nps.gov/stli

Hoodwinked Escape
DESCRIPTION: Harlem’s celebrated escape room adventure was opened in 2015 by Michele Ware. It is the perfect activity for group events, date night, hangin’ with friends, and family bonding. Use your wits to solve puzzles, riddles, and codes to escape the room in 60 minutes. Since nearly 3 quarters of participants get hoodwinked, its an fascinating challenge. Bookings are for 2-8 people in the 4 themed Escape Rooms. Hoodwinked has a number of dining partners for package deals too.
ADMISSION: $40+
DAYS & HOURS: daily 11a-11p, reservations preferred
ADDRESS: 151 West 116th Street, New York, NY MAP
RAPID TRANSIT: 2, 3, B, C lines
PHONE: 212-662-2583
WEBSITE: http://hoodwinkedescape.com/

Grand Central Terminal
DESCRIPTION: New York City’s best place to people-watch; built in the time of the robber barons, this magnificent gift for the masses is mounted in the center of Park Avenue; recently renovated, it looks better than when it first opened in 1913. In a day’s time you can watch 500,000 people purchasing train tickets, catching trains, waiting for trains, greeting friends and loved ones. Then take time to marvel at the marble interior, or carouse more than 50 retail shops in Grand Central Market open from 8a-8p. A Michael Jordan’s Steakhouse, on the mezzanine level, and a dozen others are open from 10a-9p Mon-Sat and 10a-6p on Sundays. The main food court is downstairs. A calendar of events is posted inside.
ADMISSION: free
DAYS & HOURS: open 24/7
ADDRESS: 87 East 42 Street, New York, NY MAP
RAPID TRANSIT: largest commuter and transit hub in NYC
PHONE: 718-330-1234
WEBSITE: http://www.grandcentralterminal.com

Park Avenue
DESCRIPTION: Formerly called 4th Avenue, this wide boulevard that carries north and southbound traffic through Manhattan is filled with Begonias and other greenery in the median. Though south is equally beautiful, north of Grand Central Terminal, Park Avenue hosts the headquarters of MetLife, JP Morgan Chase, KPMG, Vivendi, Citigroup, Colgate-Palmolive, Waldorf-Astoria Hotel and many others – this long stretch up to 97th street contains some of the most expensive real estate in the world. Park Avenue participates in the Summer Streets program which limits the street to walkers and bikers for 3 Saturdays in the Summer.
ADMISSION: free
DAYS & HOURS: view it 24/7
ADDRESS: name changes from the Bowery to Park Avenue South; above 32nd Street it is known as Park Avenue, New York, NY MAP
RAPID TRANSIT: centered by Grand Central Terminal transit hub and 6, E, V lines
PHONE: n.a.
WEBSITE: http://www.nyc.gov/html/dot/summerstreets

Carnegie Hall
DESCRIPTION: Before Lincoln Center, the number one place to play was, and some argue still is, Carnegie Hall. The main attraction among its three halls is: Isaac Stern Auditorium. Seating 2,804 Seats it has been the premier classical music performance space in the United States since its opening in 1891, showcasing the world’s greatest soloists, conductors, and ensembles. It has also hosted major jazz events and Luther Vandross concerts, historic lectures and much more; the sound is so good because the architect was also a cellist. A sound-sensitive renovation completed in 1986. On TV you may have seen the curvilinear shape around the stage and the five levels of seating; an incredible treat for the senses.
BOX OFFICE: Mon-Sat 11a-6p and during evening performances, stays open one-half hour past 7:30p or 8p start time
ADDRESS: 881 7th Avenue, New York, NY MAP
RAPID TRANSIT: N, Q, R, W lines
PHONE: 212-247-7800
WEBSITE: http://www.carnegiehall.org

South Street Seaport
DESCRIPTION: One of the oldest places in the city has been restored in honor of its nautical heritage. A great place for people-watching, it features more than 100 shops, restaurants and the South Street Seaport Museum set in a natical heritage setting. Families will also enjoy the library, crafts center and historic ships that may be boarded.
DAYS & HOURS: mall Mon-Sat 10a-7p, Sun 11a-6p
ADDRESS: Fulton and South Streets, Pier 1, New York, NY MAP
RAPID TRANSIT: 2, 3 lines
PHONE: 212-732-8257
WEBSITE: http://www.southstreetseaport.com

CBS Broadcast Center
DESCRIPTION: Founded in 1931, this headquarters building of CBS News was originally, believe it or not, used to have a dairy farm on the premises. So OGs often call it the farm.
DAYS & HOURS: by appt only
ADDRESS: 524 West 57th Street, New York, NY MAP
RAPID TRANSIT: 1, A, B, C, D lines
PHONE: 212-975-4321
WEBSITE: http://www.cbs.com

The Late Show at Ed Sullivan Theatre
DESCRIPTION: People born before 1960 remember the days when the family gathered around the TV on Sunday nights to watch the Ed Sullivan’s “Really Big Shoe” as he used to call it. This variety show featured everyone from the Beatles, Supremes, Temptations, Elvis Presley, Sam Cooke, Jackson 5 and so much more. His shows were a combination of the top acts you see on the late night shows each week today.
BOX OFFICE: stand-by phone line at 11a the day of the taping
ADDRESS: 1697 Broadway, New York, NY MAP
RAPID TRANSIT: B, D, E lines
PHONE: 212-975-6644
WEBSITE: http://lateshow.cbs.com/latenight/lateshow

Central Park
DESCRIPTION: Bounded by Fifth Avenue, Central Park West, Central Park South and 110th Street, this man-made park is visited by more than 14 million people each year. Work began on the park in 1857 with the motto by its landscape architect that everything should be placed where it has a purpose. When work completed, 230 species of evergreens, 815 varieties of shrubs, a pond, 58 miles of trails were added. Yet less than 7 miles of roads make this a very people- and pet-friendly place throughout the year. A skating rink America’s most celebrated urban park began as a playground for the wealthy, until public clamor opened it up for the masses. Despite many improvements in landscaping and safety, it is wise not to walk or jog alone at night. Wollman Skating Rink requires a small admission fee for skate rental.
ADDRESS: Central Park, New York, NY MAP
WEBSITE: http://www.centralparknyc.org

Riverside Park
DESCRIPTION: New Yorkers love this park almost as much as Central Park for its wonderful cliff views of the Hudson River in the spring and fall.
ADDRESS: Middle West side to several miles up to the northern tip of New York, NY MAP

Battery Park
Though Peter Minuit of reportedly purchased Manhattan from the Native Americans here in 1626, the park is named after the battery of British cannons which lined the rim of the park during the late 1600s. Today, it’s a place to watch the ferries traveling to Staten Island and the Statue of Liberty.
ADDRESS: Southernmost point of New York, NY MAP