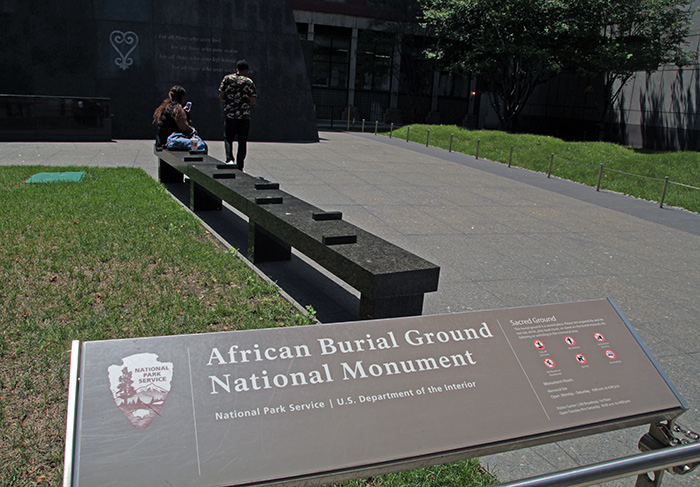 History
The first documented Africans arrived in 1626 at New Amsterdam, later renamed New York City. Given manumission rules of the time, some of them earned freedom by 1630. Other Africans in the new world found … More

Restaurants and Nightclubs
Everyone is aware of the diverse selection of restaurants, but its more than pleasant to see the number of black-owned establishments opening in Harlem … More

Harlem
From the remarkable 1920s Renaissance to 1950s Civil Rights Movement to 1970s drug-culture nadir to its fascinating and culturally diverse 2000s rebirth, there’s a lot more than Hell up in Harlem … More

Blacks On Broadway
The first two significant Black productions were Bob Cole’s, “A Trip To Coontown” and Will Marion Cook’s “Clorindy”: The Origin Of The Cakewalk in 1898. Both plays enjoyed modest success … More

Heritage Sites
With historic sites dating since 1626 and legendary places of worship such as Mother AME Zion and Abyssinian Baptist, New York City is a protector of some of the oldest Black Heritage Sites … More

Places of Worship
Black folk created these places of worship since the early 20th Century, with most of them in celebrated Harlem … More

Soul Music in NYC
Although the Apollo Theater is very important, to better appreciate the geography and growth of Soul Music to national and international success, one must also consider the New York artists … More

Marcus Garvey in NYC
The Father of the Black Nationalist Movement in America, Marcus Garvey was at once misunderstood and feared as the most powerful black man of his generation who could organize thousands … More

Malcolm X in NYC
The legacy of Brother Malcolm endures in the city of his international rise and untimely fall. After reading this summary and listening to his thought-provoking speeches, visit his museum in upper Harlem … More

Trivia and Famous Residents
New York City is on so many Top 10 Lists, you could almost call them “New York City and Everyone Else” lists. As home to the Harlem Renaissance and having played a large role in many trends and movements … More

Events
All are held in NYC unless indicated otherwise … More