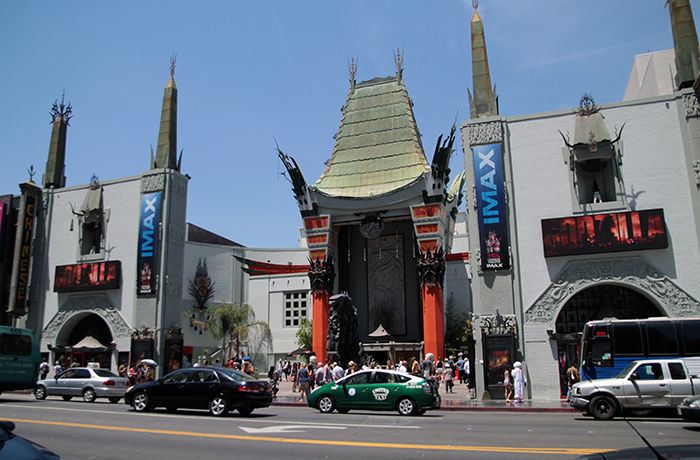 Thanks to Metrorail expansion, Touring LA no longer requires a car drive to every attraction. If you are staying at a Downtown LA hotel, walk to either the Civic Center, Pershing Square or 7th Street-Metro Center Metro Station and the subway will take you to Mid-Wilshire, Koreatown, East Hollywood, Thai Town, Hollywood Blvd, Universal Studios Hollywood and North Hollywood attractions and restaurants. Also from Downtown LA, walk to 7th Street-Metro Center or Pico Station near LA LIVE and the Light Rail will take you to West Angeles COGIC, Culver City and Long Beach. Beginning March 2016, the same Light Rail line extends to Westside Pavilion, West LA and Santa Monica. When Touring LA for other attractions, plan to rent a car, taxi or Uber.

Touring LA, the automobile and Hollywood culture dominate LA. Why not rent a fancy car — you’ll spend quite a bit of time it cruising around LA. Since the freeways are clogged, many people talk on cell phones until they arrive at an establishment. A visiting driver should always be alert and drive defensively.

Rain is good in LA. Immediately afterwards, smog is wiped away. Since winter captures most of the otherwise rarely occurring rain, keep your camera handy for many scenic views in that season. 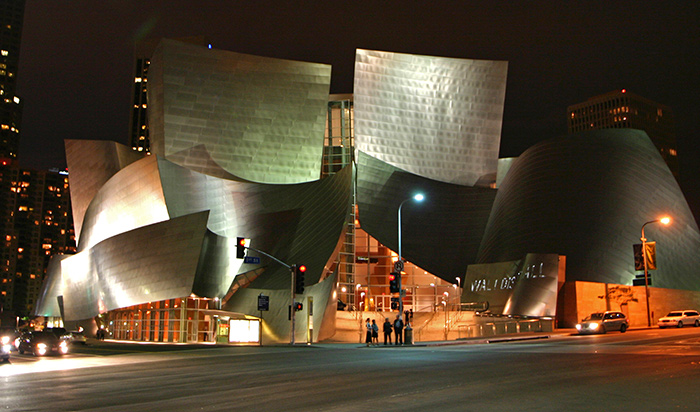 Drive up Western Ave into Griffith Park and locate one of the lookout perches facing south. Your view from the mountain overlooks an eclectic mixture of Hollywood landmarks and the exquisite Los Feliz district of celebrity homes.

For views of LA’s hippest shops and eye-catching shoppers, start at La Brea Ave in Hollywood, then turn left or right to head as appropriate to westbound on Melrose Ave. Drive slowly for several miles until Melrose merges with Santa Monica Blvd entering Beverly Hills.

Drive westbound on Wilshire Blvd, when you reach La Cienega Blvd then turn right and you’ll pass many fine restaurants. When you get to Santa Monica Blvd turn left. This boulevard is immaculately landscaped through West Hollywood, sometimes called “WeHo.” Its the colorful and vibrant gay district of LA. 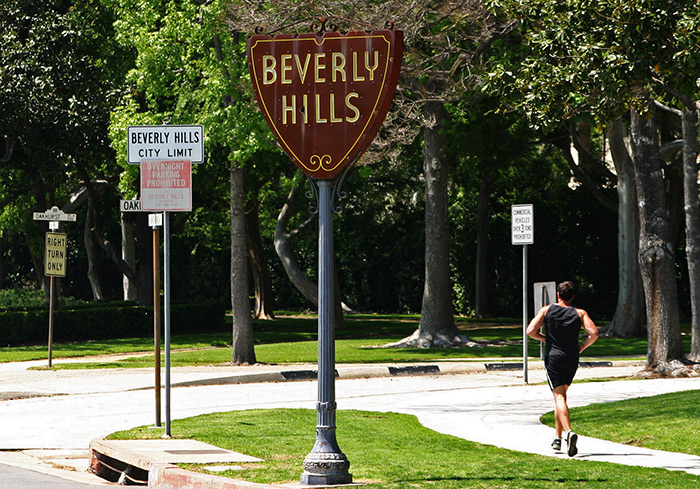 Proceed westbound on Santa Monica Boulevard slowly for half a mile. When you reach Beverly Hills city limit sign, you notice a manicured linear park with artwork on your right side. Turn left on Rodeo Drive to browse this world-famous shopping district.

At Wilshire Blvd again, turn right, drive several blocks west until you reach Santa Monica Boulevard again. Turn left, until you see the skyscrapers of Century City followed by their regional attraction Westfield shopping center. This is always a good place to stop, shop and dine. When you exit on Santa Monica Boulevard, take a left Santa Monica Boulevard for one black, then left on Beverly Glen Boulevard. Two blocks after crossing Wilshire Boulevard, you’ll see beautiful homes, then mansions followed by palatial estates in Holmby Hills. The Playboy Mansion is in Holmby Hills Mapleton Drive. If you take Mapleton Drive headed north to reach Sunset Blvd, take a left or right for equal eye-candy, but its safer to turn right. You’ll see vendors selling Star Maps. Their okays moments, but keep in mind that the home ownership information is often out-dated. 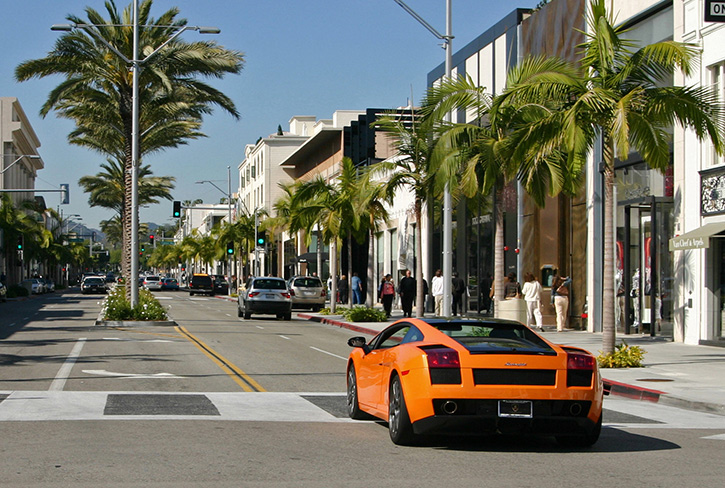 Cruising up Rodeo Drive in a Lamborghini

For a scenic ride off into the Southern California sunset, start at Sunset Blvd from the I-405 freeway, drive westbound to the Pacific Ocean. Hope you brought your sunglasses.

For breath-taking views of the Pacific Ocean, beach and celebrity homes, take Pacific Coast Highway 1 northbound. Make sure the driver keeps his/her eyes on the road, since large portions of the road have no median barrier.

If you want to see celebrities receiving a star on the Hollywood Walk of Fame or plan for the latest Hollywood movie premiere, visit Hollywood Chamber of Commerce or Seeing-Stars.com.

Most star placements on the Hollywood Walk of Fame start between 10:30am and 11:30am. In Hollywood, Disney movies premiere at the El Capitan Theater. The Chinese Theater and Arclight Cinedome premiere other movies. The Egyptian Theater hosts a number of lifetime achievement and special screenings for actors and directors. When visiting the Egyptian, Chinese or El Capitan, park in a secured lot behind El Capitan Theater in the 7000 Block of Hollywood Blvd or the Hollywood & Highland complex parking lot. ArcLight Cinedome also has a guarded parking lot. Universal Cineplex premieres films by Universal Studios. 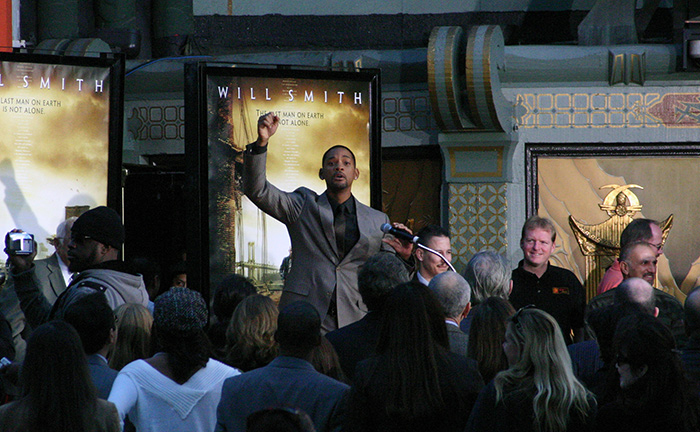 If you plan to stargaze the celebrity homes in Beverly Hills, Bel Air, Hollywood Hills, Holmby Hills and others, here are a few tips to increase your vicarious enjoyment and protect their privacy:

DO
1. Take an official tour listed here
2. Take pictures from the street

DON’T
1. Enter their driveway or remain parked in front for long
2. Follow a limousine out of a driveway

When you pass the “Culver City Screenland” on Culver Blvd monument, they could have called it MGM-land. Shifting entertainment economics since it’s founding in 1914, led MGM owners to sell its movie catalog to another party, 400 acres to real estate developers in surrounding Culver City and finally, its remaining studio assets on 45 acres to Sony in 1989.

Aside from the awe of entering one of the world’s premier movie studios, Sony Pictures Entertainment Studio Tour has many enchanting reasons to make it a “must do” on to your LA itinerary. As I walked down New York Street on campus, a tour guide pointed out that many Angelina Jolie scenes from the movie Salt were filmed here. Then I turned my head to see Justin Timberlake being chauffeured right by me on a golf cart, headed to shoot a video. That doesn’t happen every tour, but it not rare either.

A few weeks before my visit, people on the tour glimpsed Idris Elba, TI, Michael Ealey and Chris Brown in between movie scenes. A few months earlier it was Rihanna and Britney Spears working on music videos. Michael Jackson, last appeared here in June 2009 while filming a 3D segment for his This Is It concert. So you never know when you’ll see celebrities.

Given MGM Studio originated at the location and built big-enough-to-hold-a-village movie stages, landmark sets, and audiophile-quality sound studios for epic movies, the campus is in high demand by entertainment producers of all stripes. Cleverly, studio bosses inserted “Entertainment” after “Sony Pictures” to ensure the entertainment world got the message. Every building, garage and lot on Sony properties is used as a set, so chances are, you’ve seen them in many movies, videos and TV shows. 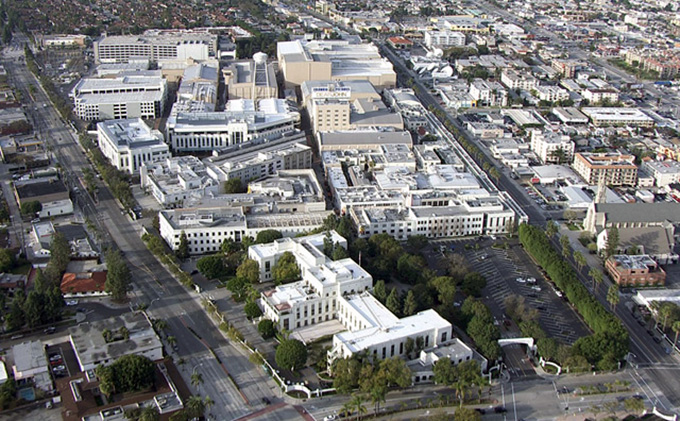 Consider the legacy of great movies made here. Wizard of Oz and Gone With The Wind filmed here in 1938-39. Munchkin-land in all its yellow brick road glory was produced here. Hattie McDaniel won Best Supporting Actress for her work in this studio. The studio’s main entrance gate used to be on Washington Boulevard, when cars were thinner. Now that gate remains closed and has a pull down screen when 1st Street on campus is used as a set. It appeared in many Three Stooges short movies when they worked here for $600/week.

Judy Garland, Mickey Rooney, Elizabeth Taylor and Joan Crawford essentially grew up on the studio campus -– school tutors included. Clark Gable, Sidney Poitier, Cary Grant and Spencer Tracy made so many hit movies for MGM, each has a building named after them on the campus. With that stable of studio assets, Sony Pictures Entertainment won an impressive 12 Oscars for Best Picture. See these cinematic treasures safely mounted in the Irving Thalberg Building lobby.

Wizard of Oz was scored in what is now called the Barbara Streisand Studio. Disney and Pixar filmmakers like the sound of the 72-channel analog sound mixer and the unique room acoustics. In fact, many music producers like Barbara Streisand and composers like John Williams of Steven Spielberg movies love recording here. The number of new school artists who record in these studios is longer than your arm.

After Denzel Washington signed on to direct the project another, long shot came into play. Derek Luke worked in the Sony Campus Store, as an audience assistant for Moesha TV show and game shows on the campus for 5 years. Luke played in one Moesha episode while taking acting lessons. Then auditioned for the lead role of Antwone Fisher. Imagine Luke’s surprise and elation when Denzel walked up to him on the campus and called him “Antwone” to get ready. Talk about Hollywood dreams come true, a 2 for 1.

A great football coach once said something akin to, “Luck is the residue of planning and execution.” Whatever the exact words, you won’t get any argument from Antwone Fisher and Derek Luke.

Most sidewalks have plaster coated over wooden planks. The lighter plaster makes it easy to move them around when needed. My tour guide reminded me that when Will Smith’s production company was on campus for Karate Kid, he could often be spotted greeting and taking photos with guests. George Clooney and Adam Sandler had production offices on campus during my visit as well. I can imagine ladies swooning over Will Smith and George Clooney like they did for Clark Gable and Cary Grant on campus. 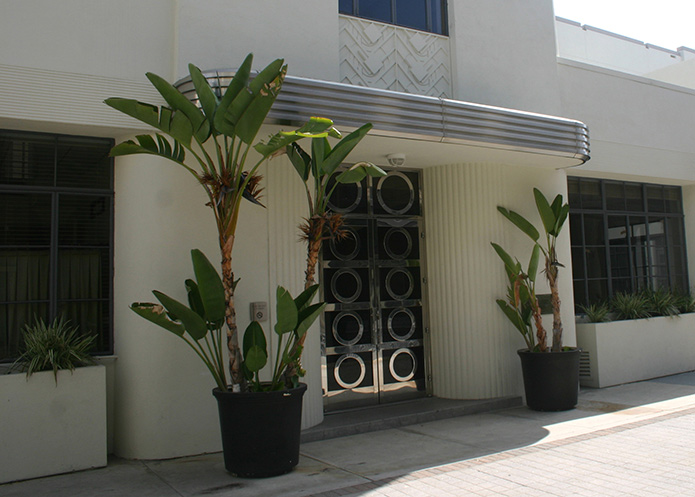 You can walk through nearly every type of studio not in use, except animation. Foley Stage A, B, and C, may be the best “Sound Effects” stages in Hollywood. They have an amazing collection of sound effect doodads collected over 100 years. Would you ever guess that Sound Effects Technicians mimic rustling leaves by scrunching up old audiocassette tapes?

Stage 6 – Takers and Singing in the Rain filmed here.

Stage 12 – Wheel of Fortune and Jeopardy TV shows; it is also known for having “wild walls” that can be pulled out for better camera angles.

Stage 15 – At 42,000 sq. feet, it is also one of the largest studios in the world. This treasured stage served as Munchkin-land during Wizard of Oz filming in 1938-39. More recently, portions of AFI Awards, MTV movies, Vibe Awards, VH1 Awards were filmed here.

Stage 23 – As I walked through this rare 2-level set for Obsession and Quarantine, construction workers were quickly building a set for another movie. Just before the tour guide explained some “movie magic” involving one of Beyonce’s Obsession scenes, the set production boss reminded me not to take pictures here.

Stage 27 – At 32,000 square feet and height that spans from 50-80 feet; a diverse range of actors/recording artists, including Tom Hanks and Rihanna, have shot movies/videos here

Sony is a pioneer in 3D filmmaking. As result, one building offers a 3D filmmaking workshop to train directors on the differences in shooting flat 2D vs. 3D movies and TV shows. The advent of $10K photo cameras with 1080p video capability has sparked many indie filmmakers to sign-up for workshops – the only way you’ll see inside that building. The techie in me also wanted to see how they transfer films to Blu-ray video master discs. Despite those two lacks, I did not feel disappointed.

Lastly, you have to love the eco-consciousness of Sony Pictures. Its two newest office buildings are LEED Gold certified and the studio prides itself reusing set pieces to prevent filling up landfills. “Recycle, Recycle, Recycle” is their motto. In all, you’ll get plenty of memories to recycle for a modest tour cost. Check their website for dates.