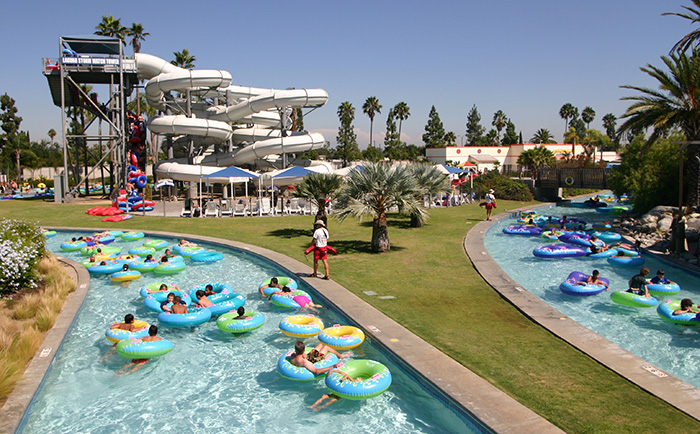 For decades Black LA residents seldom visited Orange County Attractions for anything more than Disneyland and Knott’s Berry Farm. Then Orange County, or “OC”, as many like to call it, grew up. Now OC demands day-trips outside the theme parks and Anaheim Convention Center.

A few decades ago, Irvine was simply 170,000 square miles of Irvine Ranch. Today, its the business hub of OC with 14 hotels, including a few in the AAA four-diamond category, plus the landmark 108-foot tall Giant (Ferris) Wheel at Irvine Spectrum. Irvine allocated a vast tract of land to the University of California at Irvine. It also preserved one of Southern California’s largest coastal freshwater marshes, San Joaquin Wildlife Sanctuary, that is a must visit for nature lovers. Irvine boasts more than 40 miles of hiking, biking and horseback riding trails.

A web of freeways connecting to over a dozen major shopping centers – each with the requisite collection of gourmet restaurants, state-of-the-art cinemaplex and enough upscale shopping to make you drool. Ladies can find every designer boutique of note at MainPlace in Santa Ana, The Block at Orange, Irvine Spectrum, and Newport Beach Fashion Island to name a few purveyors of grand shopping experiences.

South Coast Plaza in Costa Mesa is an exceptional shopping venue with more than 280 retailers, including some of the world’s finest brands. If you prefer more intimate shopping, consider Laguna Beach. It features an enclave of fine art galleries, the annual Festival of Arts and the Pageant of the Masters, which is the world’s most famous presentation of tableaux vivants (living pictures).

Despite many patrons sporting discretionary income in the form of Ferrari, Lamborghini, Bentley and Rolls Royce, the waterfront bistros dotting Newport Beach and Marine Avenue in Balboa Island accomodate all budgets. You can take the kids to Newport Dunes Waterfront Resort and Marina that features inflatables such as giant icebergs and water trampolines to rock climbing walls. Paddle boats, surrey bikes, electric boats, hydrobikes, catamarans and stand-up paddle boards and private beachside cabanas also are available.

No romantic getaway to Newport Beach is complete without dining at a waterfront restaurant and SOL Mexican Cucina fits the bill perfectly. Its low-slung Spinish tile architecture welcomes you to an interior that marries Baja Mexico charm with upscale SoCal amenities. Tequila lovers rejoice at their expansive list of inventive tequila drinks. They grill fresh meat and Pacific seafood over mesquite wood in the open kitchen. You can taste the bounty of freshness in their salsas and sauces made every day. From the seasonal menu, check out the Kobe Steak with sliced guacamole and organic brown rice. The meat was so tender it practically melts in your mouth and much to love on the menu. You might even rub shoulders with OC-resident Kobe Bryant, who includes SOL on his roster of local favorites.

What if visitors bought a multi-day family pass at Disneyland and want intersperse other sights and activities with the kids? Buena Park has you covered there too. You can’t go wrong with the pizza, games and fun atmosphere of John’s Incredible Pizza. If you haven’t seen one of their venues around the country, your kids will enjoy Medieval Times Dinner & Tournament. Some of their amazing horseback stunts will have you wondering how they pull it off without injuries. Fair warning though, Medieval food is an acquired taste, if at all.

One of the biggest complaints leveled at suburbs is a lack of fine arts and culture. No such problem in the OC. Known as the “City of the Arts,” Costa Mesa is home to the critically acclaimed Segerstrom Center for the Arts, Segerstrom Concert Hall, Samueli Theater and Tony Award-winning South Coast Repertory. In this cultural enclave of Orange County you can attend jazz concerts by touring groups like Branford Marsalis, Terence Blanchard, touring Broadway musicals, symphonic concerts and stirring repertory dramas. Artists from around the globe regularly perform on stage here – enough to rival Pantages Theatre and the Hollywood Bowl in LA. I can’t imagine a more perfect place to enjoy live Jazz than intimate and architecturally brilliant Samueli Theater.

Costa Mesa takes pride in placing spectacular artworks by Richard Serra, Jean Dubuffet, Henry Moore, Joan Miro and Charles O. Perry, among others on display in the cultural center and office park. A centerpiece is Isamu Noguchi’s 1.6-acre collection of sculptures and plantings called CALIFORNIA SCENARIO, a horticultural landscape that presents an abstract vision of the Golden State.

Nearby in Santa Ana is the Bowers Museum, which displays the fine art of indigenous peoples from the Americas, Pacific Rim and Africa. Orange County Museum of Art in Newport Beach is no slouch either with its fine collection of nineteenth century and contemporary art.

Mild year-round temperatures and the pristine beaches of Huntington Beach and Newport Beach invite you to indulge in beachcombing, kayaking, fishing or boating. Arguably, the real heartbeat of OC is surfing. And that heartbeat is preserved at the Surfing Museum in Huntington Beach. This 100-year-old city maintains a lively surf culture and more than eight miles of golden sand beaches and waves that always attract visitors and a wide range of events. Volleyball players hit the beaches nearly every Spring and summer day. When the sun goes down, beach bonfires light up the sand for miles. And if you visit Huntington Beach in September, you must attend the slammin’ BB Jazz Festival.

Yes, Orange County, California is still very blond-haired and blue-eyed, but you may be surpised to learn how diverse it has become. And that diversity is seen on the beaches, shops, restaurants and attractions. Maybe it is becoming more like Disneyland.

At Downtown Disney, adjacent to Disneyland, kids and adults have equal fun among the 65 restaurants, shops and entertainment establishments. Its open from 10 to 10, later on weekends.