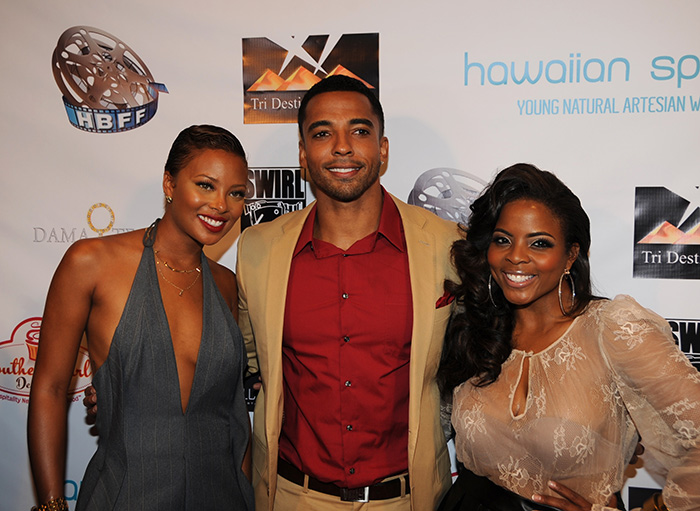 After attending my 4th Hollywood Black Film Festival (HBFF), its easier to identify the value of this captivating festival. HBFF is strong at giving feedback to emerging filmmakers, writers and actors to sharpen their craft. Lately its been hosted at the W Hotel Hollywood and utilizing the Ricardo Montalban Theater across the street. This Hollywood location is convenient because you don’t have to race across town to catch the next film screening. You can relax the W Hotel lounge and network longer.

One thing I always notice from the schedule is celebrities and industry executives who uplift the next generation of black filmmakers. You will too. For those who don’t know the program structure of this festival, its Feature Film Screenings (usually 90 minutes), Short Film Screenings, Documentary Screenings, Student Film Screenings, Webseries, Project Stargazer, Storyteller Showcase and Twinky Byrd’s Monologue Slam.

If you want to become a better screenplay writer, attend the Storyteller Showcase. If you want to learn how to market yourself in the Digital Age, attend the Webseries. If want feedback and ideas to enhance your direction skills, attend as many screenings as possible, talk with their filmmakers afterwards and attend several HBFF workshops for constructive criticism by industry panelists.

Project Stargazer lets you interact with a panel of Hollywood veterans and insiders to get the real scoop on how projects get green lighted and people prepare themselves to be in the right positions for steady work, then have a chance at a big lucky break.

The HBFF After-Party on Saturday night is nearby. Since its Hollywood, after the After-Party options include numerous grills, lounges and nightclubs in Hollywood and the Sunset Strip. The complete HBFF experience is highly recommended to cap off film or acting school.