The Academy of Motion Picture Arts & Sciences (AMPAS) awards Oscars the year AFTER a movie is first released. The dates when movies were released are listed below. 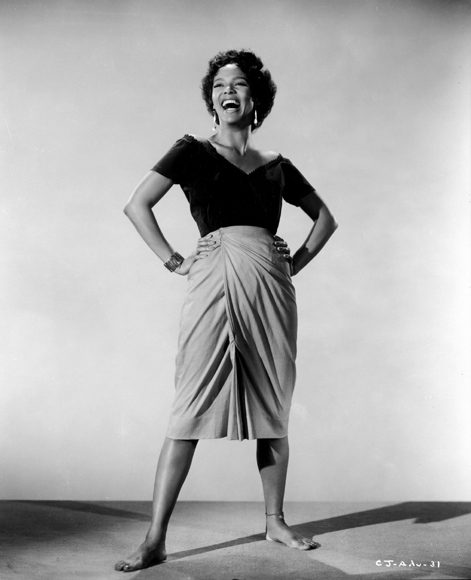 These movies and artists were nominated for Academy Awards, but did not win. Dates listed are when the movie was released in America:

Best Animated Feature Film
The Princess and the Frog, 2010

As we celebrate Black Hollywood Progress, also recognize two actors snubbed by what many have called “Liberal Hollywood.”

In 1993, Angeles Bassett gave an astounding portrayal of Tina Turner, while Laurence Fishbone aptly portrayed both the brutality and humanity of Ike Turner in What’s Love Got To Do With It. The movie was loved by most critics and still ranks well on IMDB.com. It cost $15 million to make, yet earned a respectable $39 million at the box office and brought in substantial broadcast revenue before the award season. Many American viewers saw the movie.

The Hollywood Foreign Press Association (HPFA) awarded Angela Bassett the Golden Globe for Best Actress. Angela and Laurence were nominated for Best Actress/Actor by the Academy of Motion Picture Arts & Sciences (AMPAS) as well. The movie soundtrack, Tina Turner’s What’s Love Got To Do With It best song, won awards and sold well in 1984 on the Private Dancer album. If the movie was about a white music star, it checked every box for the lead actress to win the Oscar as well.

Another black actor’s body of work belongs among the Greatest All-Time Screen Actors, as ranked by the American Film Institute. When you see movie critics rave about the screen work of Humphrey Bogart, Cary Grant, Marlon Brando, Spencer Tracy, and James Stewart, think equally of Denzel Washington. Consider this resume, when for much of his early career, mostly white male AMPAS voters would not watch movies featuring an African-American lead.

1. 2016 Fences – Troy Maxson; At first glance, Denzel Washington checked all the boxes to anticipate a second Oscar for Best Actor. Fences was written by Tony Award-winning playwright, August Wilson. On Broadway, Denzel won the Tony Award for Best Actor for his role and Viola Davis won the Tony Award for Best Actress for her Rose Maxson role. The movie he directed, Fences, was AMPAS nominated for Best Picture. A number of actors previously won Tony awards and Oscar awards portraying the same character. Denzel won the Cecil B. DeMille Award a year earlier from the HPFA. Some AMPAS voters give the nod to nominees in hit movies that make a lot of money for the industry. The $24 million production budget for Fences generated $64 million worldwide box office. Denzel’s biggest competitor, Casey Affleck, played in Manchester By The Sea movie that had a $9 million production budget and earned $79 million. On that aspect, there was no clear advantage for Casey or Denzel.

In the last 10 prior years, every winner of the Screen Actors Guild (SAG) Best Male Actor Award also won the Best Male Actor Oscar. Neither Denzel or Casey had ever won a SAG Award, but Denzel was nominated 4 previous times. HPFA voters previously awarded Denzel a Golden Globe for Best Male Actor in the 1999 movie about a wrongly-jailed famous boxer Hurricane. That said, HPFA and AMPAS voters are not actors. They are overwhelmingly white and could not relate to a character study about the lives of average African-Americans in the 1960s. To overcome that demographic bias, a lengthy marketing initiative was required. Though Fences completed filming in June 2016 and had little post-production work, Paramount Studios waited until late November 2016 to shallow market it. There was even less time to marketing it since Fences only received a limited commercial release on 16 December 2016.

In contrast, Manchester By The Sea was released commercially in January 2016 and Amazon Studios spent a hefty sum marketing the movie all year long. Most HPFA and AMPAS voters saw the movie, could relate to it, and had already fixated on Casey Affleck as Best Actor before seeing Denzel Washington and Viola Davis in Fences. In contrast, most SAG voters waited to see the on-screen performances by Denzel and Viola before they fixated on a vote.

Viola Davis was a previous 3-time Oscar nominee, 5-time Golden Globe nominee, 6-time SAG Award nominee, and a 3-time SAG Award winner. To enhance Viola Davis’ chance to win SAG, Golden Globe and Oscar awards, the movie studio chose not to force a vote between her and Emma Stone’s fine Best Actress performance in La La Land, which made $151 million box office and was the favorite to win Golden Globe Award for “Best Picture – Musical/Comedy” and a favorite to win Oscar for Best Picture. After Viola won her 4th SAG Award and 1st Golden Globe Award for Best Female Actor in a Supporting Role on 8 January 2017, her AMPAS votes for Best Female Actor in a Supporting Role were practically “baked in” movie unseen. 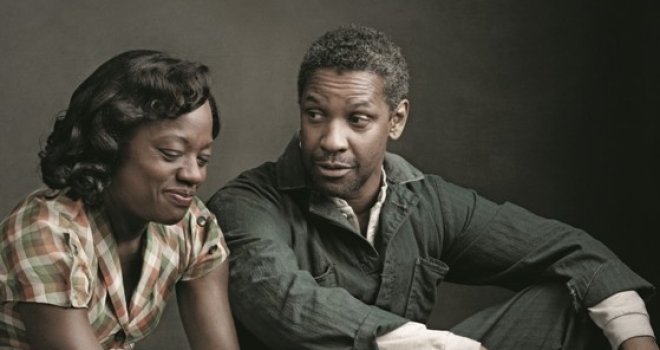 2. 1992 Malcolm X; A nearly 80% white male AMPAS membership would not award Best Actor for the portrayal of a controversial black male icon. Compounding the snub, many AMPAS voters hated Malcolm X Director Spike Lee for calling out Hollywood racism. Those “issues” made it convenient for AMPAS voters to use the “Al Pacino was due on his 7th Academy Award Nomination” cover story. Denzel was robbed and Al Pacino knows it, because he too was robbed of the same award portraying Michael Corleone in The Godfather Part II.

3. 2001 Training Day – Alonzo; Though Russell Crowe’s performance in A Beautiful Mind was excellent, based on repeat viewing of both exceptional performances, the slight nod still goes to Denzel for Best Actor Oscar.

4. 1999 The Hurricane – Rubin Carter; Despite this being a well-directed bio-pic by Hollywood insider Norman Jewison, a less diverse AMPAS membership could not relate to Denzel’s transformative portrayal of a real black boxer set up by a dirty white cop and sentenced to jail for 19 years. AMPAS voters found it easier to relate to Kevin Spacey’s character as a grown man’s sexual fantasy with a high school girl in American Beauty. At least HPFA voters gave Denzel the Golden Globe Award for Best Male Actor.

5. 2021 The Tragedy of MacBeth – MacBeth; This was an outstanding performance for Best Male Actor, but most AMPAS, HPFA, and SAG voters of all stripes couldn’t connect to the movie due to its Olde English dialogue or had difficulty getting past a black man portraying MacBeth.

5. 2012 Flight – Whip Whitaker; This was another fine performance that earned an Academy Award Nomination for Best Actor.

6. 2017 Roman J. Israel, Esq.; Only a masterful portrayal of an unusual character by Denzel could earn an AMPAS Best Actor Nomination in such a weakly written movie. Bravo to Denzel for saluting Gary Oldman’s Best Actor Oscar in the Darkest Hour.

7. 1995 Crimson Tide – Hunter; The Denzel Washington and Gene Hackman dynamic duo got snubbed in a character-driven war movie that critics and viewers still love. Since both actors should have received a Best Actor Nomination in the movie, they probably spilt votes.

2. 1993 Philadelphia – Joe Miller; Without scene-stealing Denzel, whose character was complimentary to Best Actor winner Tom Hanks, this movie would not have been nominated for Best Picture and Best Screenplay. It is a stain on Hollywood that Denzel was NOT nominated for Best Supporting Actor.

3. 1987 Cry Freedom – Steve Biko; Denzel steals every scene to earn a Best Supporting Actor Nomination. Even if Denzel were white, he’d have to chalk this one up to paying dues in Hollywood.

Denzel Washington was born 20 years later, when a younger generation of AMPAS and HPFA voters became more comfortable with diversity, he would have 3 Oscars for Best Actor accompanying the 1 Oscar for Best Supporting Actor on his mantlepiece.