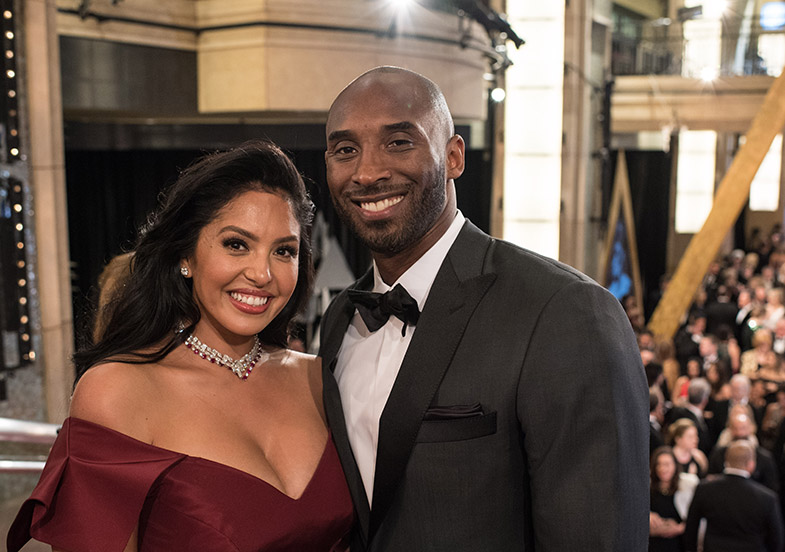 Vanessa & Kobe Bryant on the red carpet of the 90th Oscars® at Dolby® Theatre in Hollywood; credit AMPAS

On the subject of AMPAS membership diversity Cheryl Boone Isaacs said “The Academy is going to lead and not wait for the industry to catch up,” said She backed it up with a multi-year initiative to double diversity AMPAS voters by 2020. Though Isaacs left her leadership role in 2017, Whoopi Goldberg joined AMPAS Board of Directors and AMPAS members grew from 8% People of Color in 2015 to 19% in 2022. Another AMPAS initiative is underway to grow the pipeline of young People of Color in front of and behind the camera. The percentage of AMPAS People of Color should organically grow over the next 5 and 10 years.

Isaacs also launched fundraising for the extraordinaryAcademy Museum of Motion Pictures. Due to the pandemic, its opening was delayed until September 2021. The $480 million Academy Museum features many exhibits honoring many people of color, including those whose opportunities were limited in early Hollywood.

Guild memberships, award nominations & wins, and the Academy Museum are essential ingredients, but progress is occurring because Hollywood studios bow to money-makers. The most important color is Green.

In 1990, Spike Lee received an Oscar Nomination for Best Director for Do The Right Thing. Given his penchant for calling out Hollywood for racism, however, Spike’s apogee film, Malcolm X, was snubbed for Best Picture and Best Director nominations in 1992. Though he remained a Hollywood outsider for decades, Spike opened more doors for John Singleton, Carl Franklin, Bill Duke, and several others to direct Hollywood feature films that decade. 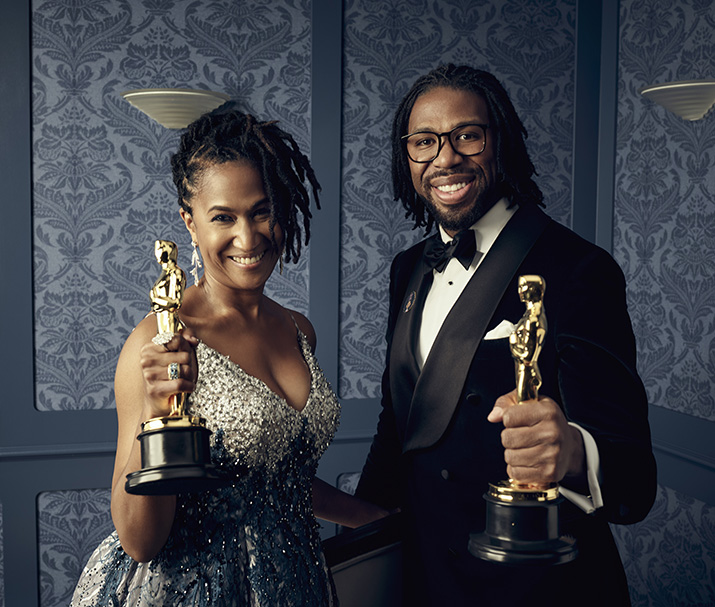 Oscar® winners Karen Rupert Toliver and Matthew A. Cherry at the 92nd Oscars® at Dolby Theatre® in Hollywood; credit AMPAS.

Since 1980, the population of People of Color has grown faster than Anglo-Americans. In a world where people have many alternatives to the cinema, talented People of Color are needed to better serve markets that were starving to see themselves and their stories represented with high production values as 3-dimensional characters.

Movie and TV program producers often choose actors and pay them according to Q Ratings that measure how well consumers recall and like a given actor. Q Ratings help determine the probability of a movie or TV program making a profit. After Bill Cosby, Shonda Rhimes was a black difference-maker for Q Ratings.

Shonda Rhimes award-winning, money-making success in producing Grey’s Anatomy, Scandal, and How to Get Away With Murder helped Channing Dungey become the first African-American president of ABC Entertainment Group. Dungey in turn, green-lighted more TV programming for People of Color, the springboard for many Hollywood careers. Competition with ABC influenced TV executives to hire more women and people of color in 3-dimensional dramatic, comedic, action and musical roles who would otherwise languish after 1 or 2 movies. As a result, Q Ratings increased enough to influence the inclusion of more black talent in big-budget movies.

There are more black directors, writers, cinematographers, production designers, costumers, film editors, sound editors, assistant directors, and production assistants working than ever before. That virtuous cycle has led to a larger pool of movies produced, written, directed, and acted by people of color that attract more Oscar, Golden Globe, and cinema guild nominations. 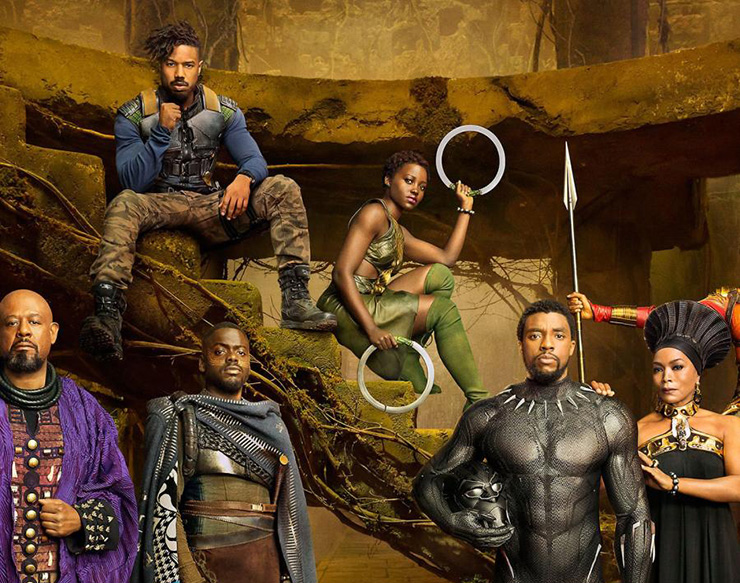 Hollywood studios loved Will Smith even more because many of his movies earned $300-$820 million per movie in box office from 1996 to 2008, plus significant Broadcast, Cable, Streaming, Blu-ray & DVD revenue while costing $100-200 million to make & promote. That size of profit pays many Hollywood salaries, including E TV channel and IMDB website which make money covering the Hollywood ecosystem.

If Disney Studios hadn’t seen Will Smith also generate large international box office, they would not have spent an epic-scale budget to produce the cinematic magic of Black Panther.

In 2017, Jordan Peele’s Get Out cost only $5 million to produce and a couple million to market, yet made $255 million box office and most likely, $100 million in Broadcast, Cable, Streaming, Blu-ray & DVD revenue. With an amazing profit ratio on his resume, writer-director-actor Peele had no problem raising a $20 million budget for his next film, Us. It gets better.

Though 2018’s Black Panther movie won 3 Oscars, its financial success is the real story. From a $200 million production & $75 million marketing budget, it made $1.35 billion box office revenue. When Cable, Broadcast, Streaming, DVD & Blu-ray revenue are added Black Panther generated over $1.7 billion in total revenue. Hollywood studios now have more than Will Smith proof that big-budget movies starring black people CAN generate over $500 million in total revenue with $3 of revenue for $1 of production & marketing costs.

Black Panther drove up the Q Ratings for every featured actor in the movie. Two Creed movies costing a combined $85 million tallied $360 million box office also raised the Q Rating of Michael B. Jordan and the profile of writer-director-producer Ryan Coogler.

Spike Lee finally got some props. His 2019 Best Adapted Screenplay Oscar is shared with Kevin Willmott, Charlie Wachtel & David Rabinowitz. That is special for two reasons. Since Spike Lee opened more Hollywood feature film doors for black folks than anyone else, it was good to see him win on the “Big Stage.” Tangentially, it thanks movie directors before him like Gordon Parks, Melvin Van Peebles, Sidney Poitier, Charles Burnett, Michael Schultz, Euzhan Palcy, and Kevin Hooks. Spike has proven that he is true Auteur.

Further progress is needed in black-on-black romance movies and female salaries. The big picture, however, is that Hollywood trusts more black filmmakers in drama, comedy, sci-fi, horror, documentary, and action films. Hollywood is greenlighting more bio-pics anchored by black characters, whether directed by African-Americans or others. 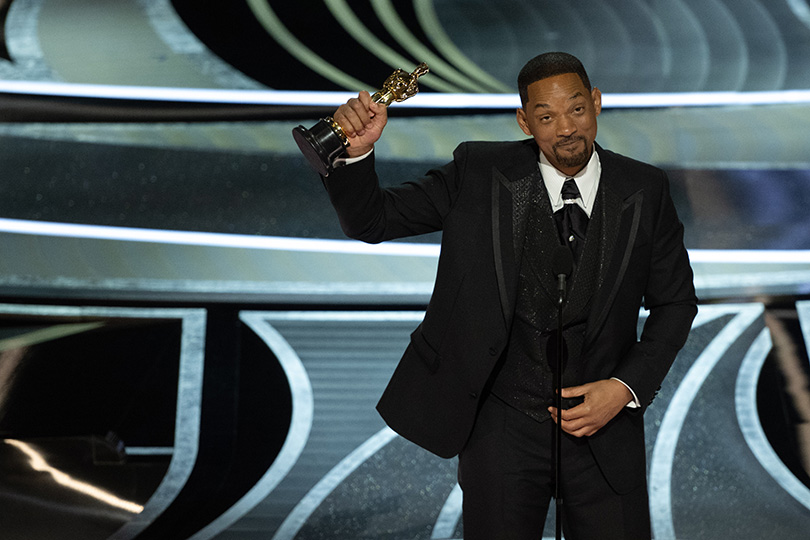 Will Smith wins the Oscar® for Best Actor at the 94th Oscars® at Dolby Theatre in Hollywood; (c) AMPAS

As the first black producer of an all-black production of the Academy Awards Show, this was Will Packer’s moment to go next level up the Hollywood Mogul ladder. As his clout grows in Hollywood, it will accelerate stories by and about Women & Men of Color on the big screen.

The show’s three hosts hit their marks with aplomb. The stage sets were so incredible, they deserved awards. Academy Awards Show viewership was up compared to the prior year. The show was going very well until “The Slap” happened. That brings us to an unforgettable saying by Denzel Washington, “At your highest moment, be most careful. That’s when the devil comes for you.” Sadly, the Devil got ’em.

Having made a documentary about Black Hair, Chris Rock knew he was stepping on dynamite with that joke about Jada. He had to be nuts to insult her hair situation in front of a worldwide audience and her husband. Will Smith knew his Oscar was coming and the world was watching. He should have solved his beef with Chris Rock privately backstage. 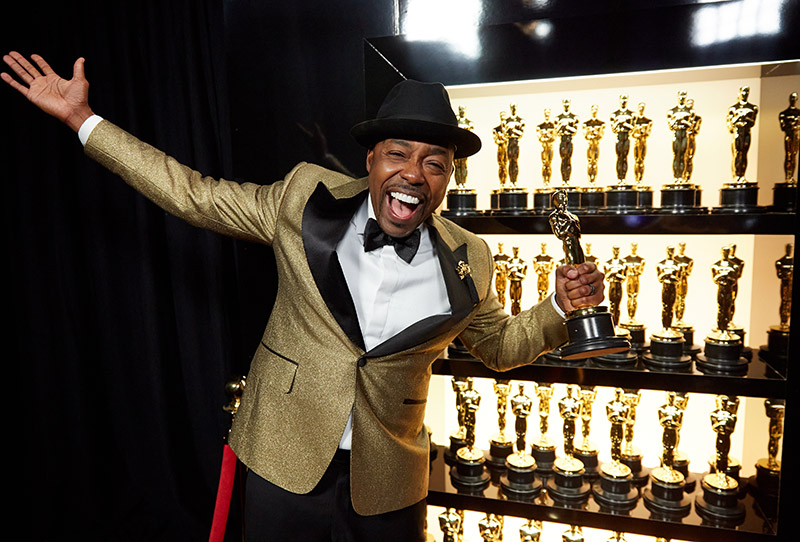 Instead, they pissed off millions of people, angered black women in particular, partially embarrassed Richard Williams, and stole the spotlight from a distinguished black movie producer. Both men should publicly apologize to Will Packer.