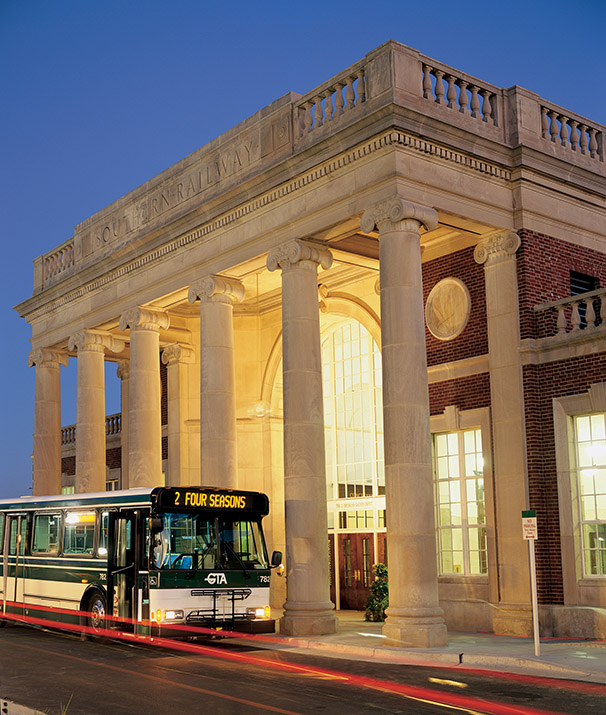 Piedmont Triad International Airport (PTI) is a regional airport, so don’t expect many long-distance flights. For those, you are better off flying to Raleigh-Durham Airport, then rent a car, or take a shuttle or Uber ride to Greensboro.

Charlotte-Greensboro-Raleigh-Richmond-Washington is a U.S. High Speed Rail Corridor designated for upgrade to at least 110 mph Amtrak service. Tracks are being incrementally upgraded those cities as you read this page.

Greensboro Freeway Network is small, but appropriate for its population in the Metro Area. The freeways can be clogged with rush-hour traffic, but not at the scale of Charlotte. Freeway names are: