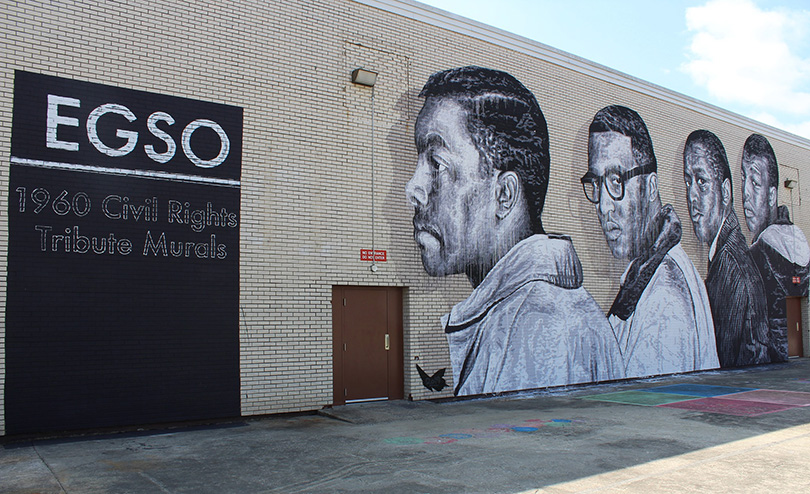 Situated on the Piedmont Plateau of gently rolling hills, Greensboro echoes the history, culture and natural beauty that is North Carolina. This home of a major HBCU, North Carolina A&T University, helped shape civil rights in America. Greensboro is best known for a historical BLM moment, where four black students sat at a whites-only Woolworth lunch counter to pave the way for integration.

Restaurants
The dining and black-owned choices are slim, but fruitful.

Arts
A National Historic Landmark, Blandwood is transformed from a antebellum plantation mansion that today hoses antique furnishings, some by black craftsmen.

Trivia & Famous Residents
In this 1.2 million person metro area, about 230,000 residents are African American and many are attended two HBCUs.

Events
February One is a tribute to Franklin McCain, Joseph McNeil, Ezell Blair, Jr. and David Richmond, who began the lunch counter sit-in on February 1, 1960