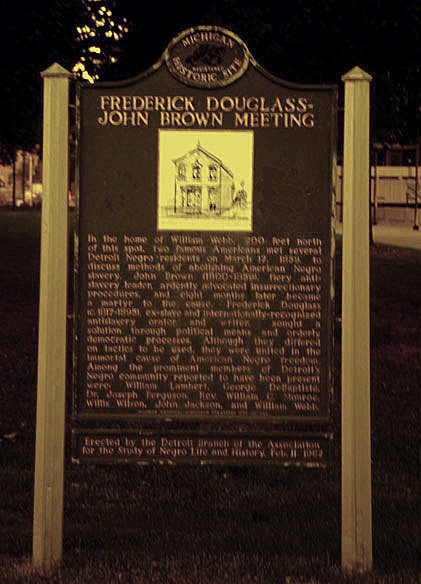 When Michigan joined the United States of America in 1837, slavery was abolished in the state. The city became very attractive to Free Black Detroiters. Living in a “Free State”, they formed churches, reading clubs, a Philharmonic Association and various other clubs. Always mindful of their less fortunate sisters and brothers, the churches were stations on the Underground Railroad.

Detroit, like Cincinnati, Milwaukee and Cleveland, was a pivotal station in the Underground Railroad. But as the only American city where one can look southeast across a river and see the “Completely Free” country of Canada, it had unmatched attraction to people escaping the inhumane practice of slavery.

Some even high-jacked Free Persons of Color who did not have their papers in order. So even in the “Free Cities” of Cincinnati, Pittsburgh, Cleveland, Philadelphia and Chicago, you better keep your papers in order. And if you were fleeing slavery, you best keep running.

With Canada sitting just across the river, Detroit became one of the most important and busiest stops on the Underground Railroad. Detroit was a major trade outpost in the mid-1800s. Some of that wealth trickled down to Black Detroiters who in turn, supported the churches. Detroit’s black church congregations, spearheaded by Second Baptist Church due to its closest proximity to the river, provided food, clothing, shelter, counseling, communication and transportation arrangements to those fleeing slavery.

How appropriate that Frederick Douglass meets John Brown here in March 1859. John Brown informed Frederick Douglass and other abolitionist attending a meeting at William Webb’s house, that national insurrection was the only way to abolish slavery. Brown also said the slave revolts would inevitably kill white slaveholders and innocent white bystanders. Brown saw the death of innocent White Americans as what we might describe today as, “collateral damage” or punishment for not doing more to abolish slavery. Reportedly, Brown also shared specific thoughts with Douglass about his famous Harper’s Ferry, Virginia slave revolt to come a few months later. 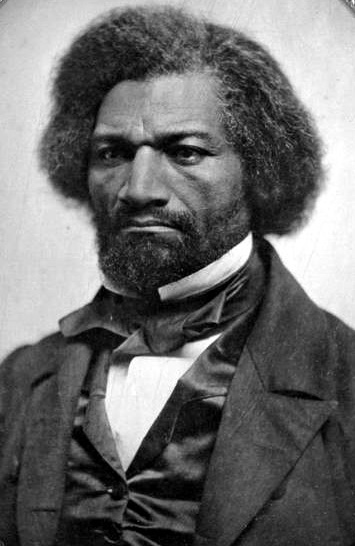 Though Douglass had great respect for Brown and agreed that drastic measures were required to accelerate the Abolition of Slavery, he thought John Brown’s plan was crazy and fraught with planning errors. Douglass concluded that Brown’s plan was a Martyr’s errand. Nor did Douglass approve of innocent white bystanders being killed, that would only hurt the Abolitionist Movement in the long run.

The two met again in August, just before the slave revolt. Presumably Douglass tried once again to persuade Brown not to move forward with the plan.

History proved both men right. The holes in John Brown’s plan were quickly evident. Brown was seized, tried and hanged as Douglass predicted. But the scale of the planned slave revolt was drastic enough to be quickly rip across telegraph wires in the South and cause great fear among slaveholders. Slaveholders, many of whom were Congressmen, accelerated their slavery-related demands from Free States of the North.

The Harper’s Ferry Revolt also emboldened many other slave revolts. Free States of the North said we told you that slavery was playing with fire and should be ended. Thus, Harper’s Ferry became a pivotal event that triggered the Civil War. And as a martyr, John Brown may have succeeded more than if he had lived.