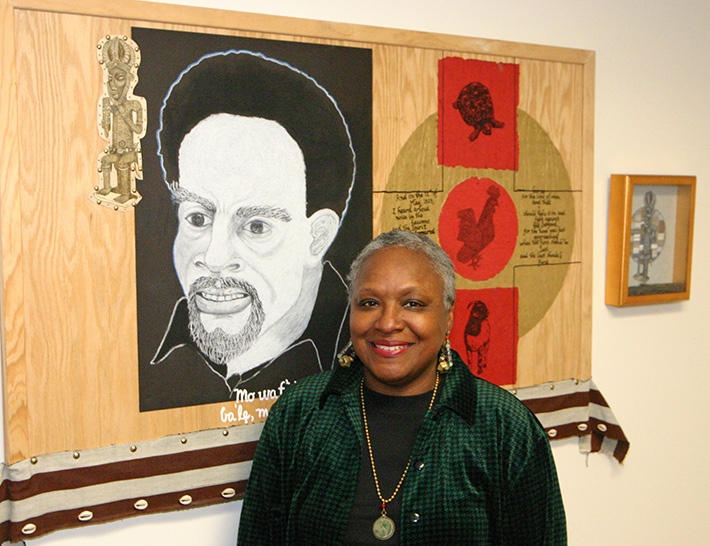 In the 1970s, from a group of community activists who had been moving from recreation center to recreation center and church to church for their meetings, two leaders emerged. Elaine Thornton and Artist Thornton, both dramatic actors, took the bull by the horns and called city officials to task about the need for a cultural center in South Dallas. This was not an unusual request because cultural leaders from other parts of town always similar requests. But as the old folks use to say, “There’s often a long distance from the wantin’ and the gettin.”

A $1.5 million city bond measure finally passed in 1982 to build the South Dallas Cultural Center (SDCC). The 18,000 square building was completed in 1985 and opened in early 1986 with Pat Johnson as its first Executive Director. A welcome change from the vagabond days, Black cultural groups embraced the 24,000-square foot facility’s black-box theatre, visual arts gallery, dance studios, ceramics studio, printmaking studio, and photography studio. But in the first two years of Pat’s tenure, programming was slanted towards multi-cultural use, even though African Americans were and are the dominant group in its district. As expected, community outcry rose to expand Afrocentric programming. SDCC adapted.

As use of the facility grew, SDCC began showing its age and limits. More usable space, room and equipment was desperately needed to better support current programming, resident cultural groups and other cultural groups who would like to tour SDCC. Sacrifices, a return to temporary vagabond status, was in order for nearly two years.

The Arthello Beck, Jr. Gallery with movable panels upgraded SDCC’s ability to present visual art from local residents and attract touring artists. Performing art groups greatly benefit from improved seating, lighting and sound in the black box theatre and fully-sprung dance floors. The ceramics studio has been upgraded as well. Possibly the best upgrade is the Gwendolyn Brooks Reading Library. Its safe and comfortable learning environment for kids to come after school and on weekends.

The local, national and international arts world is responding to the new SDCC. Teatro Dallas, Tulisoma Book Fair & Arts Fest, as well as various touring African American, Nigerian, Cuban performing art groups are coming in 2008 and beyond. hats off to Vicki Meek, whose vision and determination has carried SDCC to new heights in the 21st century.