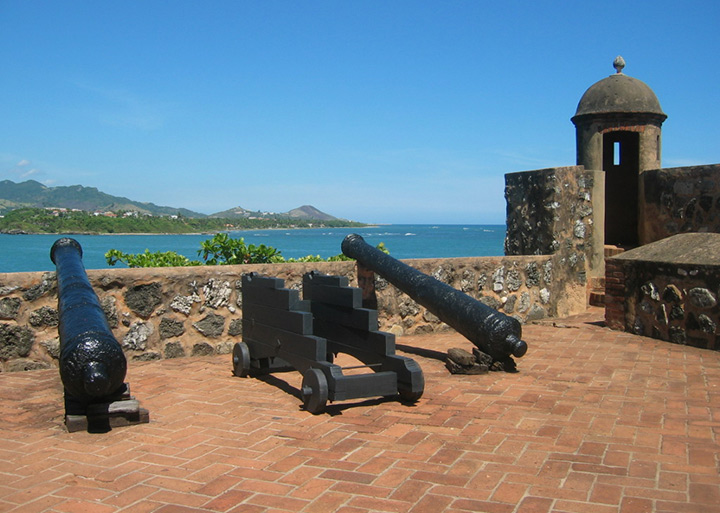 Puerto Plata
Nestled between the Atlantic Ocean and the majestic mountains of the Northern Cordillera, Puerto Plata is a coastal paradise featuring beautiful resorts, 62 miles of beaches and quaint villages. Attractions include one of the few remaining cast iron towers in the world, the Puerto Plata Lighthouse, originally built in 1879. Home of one of the finest rums in the world, the Brugal Rum Factory is the world’s third largest sugar cane rum producer and the largest producer on the island. The tour here includes rum tasting and of course plenty of take-home opportunities. For a stunning view of the city, take the cable car ride up to Isabel de Torres Botanical Gardens at the top of Mount Isabel de Torres, approximately 2,600 feet above sea level. Here you fill find a botanical garden encompassing some 35 acres of trails for horseback riding and hiking, numerous streams and brooks, and subtropical vegetation with native flora. Amber Museum of Puerto Plata, located in Villa Bentz–a restored Victorian mansion originally built in 1919 — is home to what is believed to be the most transparent amber in the world.

Museo de Arte Taino
Taíno Art Museum celebrates the history and culture of this native Indian tribe that inhabited the island before Columbus’ arrival in 1492. One of the first European forts built in “The New World” and the city’s only remaining colonial structure, Fuerte San Felipe (Fort San Felipe) was built to defend against English and French pirates. Today, this former fort and prison is a museum featuring artifacts from Puerto Plata’s history. The focal point of Puerto Plata’s central park, the Catedral San Felipe Apóstol (Church of San Felipe) is architecturally stunning with its soaring white towers.

Ocean World Park
The first facility of its kind in the Caribbean, this water park encompasses a state-of-the-art marina, man-made beach and reportedly the world’s largest, custom-made dolphin habitat. Other highlights here include an ocean-themed casino, tiger feeding area, swimmable aquarium, shark interaction pool, and aviary and sea lion encounters. As a major boating port, it also has immigration and customs facilities for sailors.

Jewish Museum
During World War II, via the quaint town of Sosua, the Dominican government extended their arms to almost 100,000 Jewish refugees fleeing Nazi persecution in Europe. The town is still primarily inhabited by Jewish immigrants and has become a very significant part of the island’s history and attraction from Jewish visitors worldwide.

Casa de Juan Ponce de Leon
At one time, the family home of famous 15th Century European explorer Juan Ponce de Leon, known for his conquistadorean adventures in Florida and as a Dominican governor, the home is a tribute to his life and work.

Santiago
The second-largest city in the Dominican Republic, Santiago is located in the central region of the island. It was originally named “Santiago de los Treinta Caballeros” — The 30 Gentleman of Santiago — for the 30 Spanish aristocrats who formed the original community not long after Christopher Columbus built a fort here in 1495. Rich in history and culture, including the arts, Santiago has a lot to offer visitors with cultural interests. The León Jimenes Cultural Center features Dominican photography, sculptures, indigenous artifacts, historical paraphernalia and art from local artists. Another cultural site of interest is the former town hall, Palacio Consistorial. Now the home of the city’s museum and art gallery, the beautiful structure was built in the Victorian-era Neo-Classical style.

Catedral Santiago Apóstol
Built in the late 19th Century, is the eternal home of Ulíses Heureaux, a former Dominican dictatorial president, while the Monument to the Heroes of the Restoration features expressive murals inspired by Mexican artist Diego Rivera, a specially commissioned marble edifice, and a 220-plus foot high pillar. 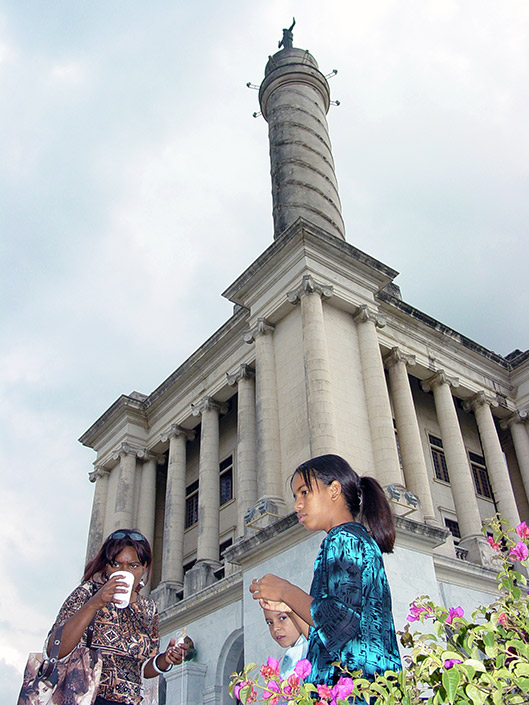 Golfing
In the La Romana area there’s Teeth of the Dog, Casa de Campo, The Links at Casa de Campo, Dye Fore, Casa de Campo, La Estancia Golf Resort and Guavaberry Golf & Country Club. These are just a few of the many outstanding course on the island.