You are here: Home1 / International2 / London3 / A London Weekend 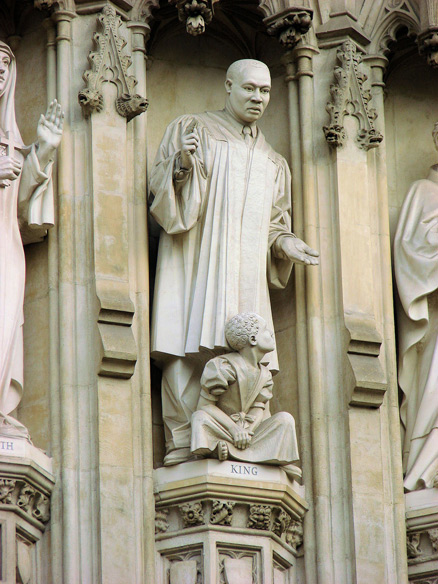 I love London. I have since I was a child—because of the Dickens classics that I read, the PBS Masterpiece Theater episodes with Alistair Cooke that I watched, my fascination with the six wives of Henry VIII.

My first visit to the city in 1989 fueled my fervor for the city. I saw Big Ben, Trafalgar Square and the Tower of London. I indulged in my first high tea, complete with dainty little sandwiches and scones with clotted cream, at the Hyde Park. I attended my first London theatre performance. I vowed to return as frequently as possible.

When my husband and I married in 1994, we decided that we would celebrate our February birthdays and wedding anniversary, as well as Valentine’s Day, with a trip to London each year. A great meal and a show would be our special treat, but we also wanted to explore the city on foot, staying in a different neighborhood for each visit. 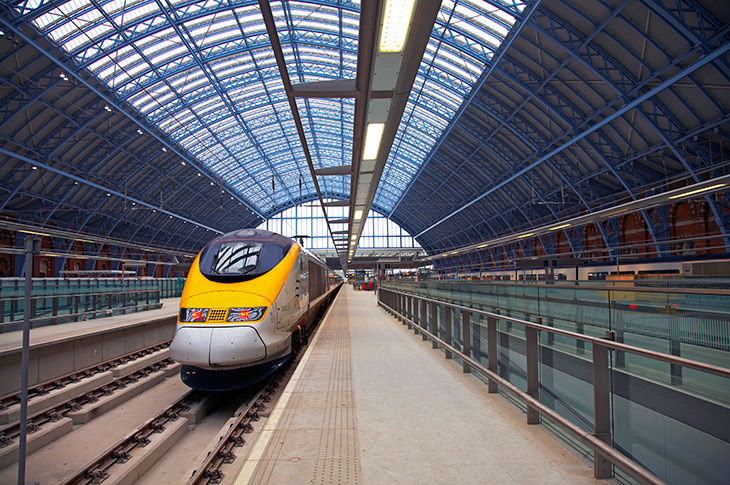 We stayed in the Hotel Russell, located on Russell Square in Bloomsbury. It is only a fifteen-minute walk from the recently refurbished St. Pancras International train station, where the Eurostar brings eager visitors from continental Europe into the heart of London each day. We have selected Bloomsbury as our “home neighborhood” on three separate occasions, partly because it is home to the British Museum (a must-visit for Egyptophiles). Bloomsbury is also walking distance from the main theater district, which is a major attraction for us. The Russell Square tube stop (subway station) is on the Piccadilly line, which is direct for many of our favorite locations in town and has great connections for others of them.

We started our visit with a play at the Old Vic Theater, an historic playhouse that is located on the south side of the Thames River. It’s a stone’s throw from Waterloo Station, another popular train station in London. Ira Aldridge (1807-1867), a free black from New York, was the first black actor to perform here in 1825. At that time, the playhouse was called the Royal Coburg Theater. The theatrical production Splendid Mummer, by Lonnie Elder III, was performed here in honor of Aldridge in 2007 as part of the bicentennial celebration of Britain’s abolition of the slave trade (an English Heritage Blue Plaque honoring Aldridge can be found at 5 Hamlet Road, Upper Norwood.) 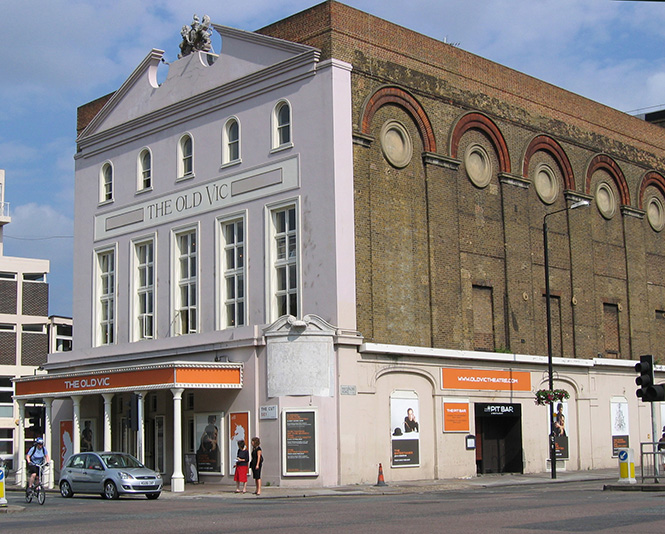 The Old Vic is owned by American actor and director Kevin Spacey, and the play that we saw there in February was Complicit, starring Richard Dreyfuss, David Sucher, and Elizabeth McGovern. Though we’ve always been pleased with the plays that we’ve seen at the Old Vic in the past, we were a little disappointed by this one. We were much more pleased with the meal that we had prior to the performance, at a little South Bank restaurant called RSJ that is only about a five-minute walk from the theater. The Mediterranean-style menu and the wine list featuring vintages from France’s Loire Valley are both winners in our book.

The next morning, we set out on our traditional walking tour. This year, we selected Brixton as our destination for a self-guided walk. This south London neighborhood, located in the borough of Lambeth, is where many Caribbean immigrants began settling during the late 1940s, and where racial tensions culminated in riots during the 1980s and 90s.

Emerging from the Brixton tube stop, one sees more black faces on the street than in other sections of London. Brixton is a vibrant, mixed-race community. There are a few historic sites in the immediate vicinity of the station, such as the Ritzy Cinema, which opened in 1911 as the Electric Pavilion and is the oldest functioning cinema in south, and the Tate Public Library, donated by the former slave-holding Tate family to the Brixton community in 1892. A stone bearing a plaque in commemoration of the 1960 Sharpeville Massacre stands in the garden on Lambeth Oval in front of the library. The Caribbean flavor of the neighborhood is best appreciated in the marketplace, where vendors sell fruits and vegetables, black hair-care products, and recordings of Afro-Caribbean music. 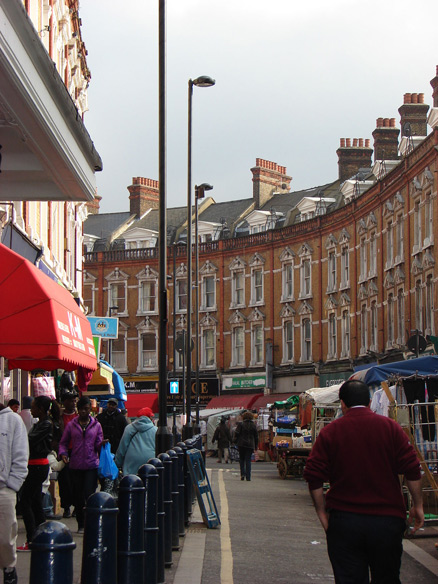 Farther afoot, we spotted a blue plaque honoring Trinidadian writer L.R. James affixed to a building at the corner of Shakespeare Road and Railton Road. This area of Brixton, which is south of the tube station, has few pedestrians and little traffic. We strolled past a tiny commercial thoroughfare in the neighborhood of the Herne Hill train station and lovely Brockwell Park before heading north to return to the tube station.

Leaving Brixton, we went to one of our favorite upscale London restaurants for our anniversary lunch. Tom Aikens is a Michelin-star restaurant in Chelsea that we discovered a couple of years ago. Chef Aikens has worked with some of the best chefs in Europe, including Joël Robuchon and Gerard Boyers. The menu consists completely of fresh, locally-grown ingredients, and has a decidedly French flair.

After lunch, we took an afternoon stroll from Chelsea to Knightsbridge to make our pilgrimage to the food hall at Harrod’s department store. London has perfected the department store food hall, with variations on this theme at Fortnum and Mason, Selfridge’s, and Harvey Nichols. But Harrod’s is our favorite—to go there is like shopping for Christmas all year long. Even Paris’ Gourmet Lafayette doesn’t quite reach the pinnacle set by this magnificent emporium! We learned that Harrod’s had sold out of its line of Scottish oat cakes, so we headed for Selfridge’s to make our purchase. But we made a stop at Westminster Abbey so that I could photograph the statue of Martin Luther King, Jr. that graces the Gallery of 20th-century Martyrs that was carved above the Great West Door. A South African woman, Saint Manche Masemola, and a Ugandan man, Archibishop Janai Luwum, are also depicted there. The gallery was unveiled in July 1998, with ten statues filling niches that had been empty since the Middle Ages.

For our final full day in the UK, we set out for a day trip to and Stonehenge with our favorite walking tour company, London Walks. We have toured London with its witty, knowledgeable guides for years, and have thoroughly enjoyed every visit we taken with them. Their “Explorer Days,” offered on Saturdays only, provide an opportunity to see other parts of England. We have traveled to Bath and to with the company and were delighted with both visits. So we had high expectations for our foray into southwest England on this particular weekend. 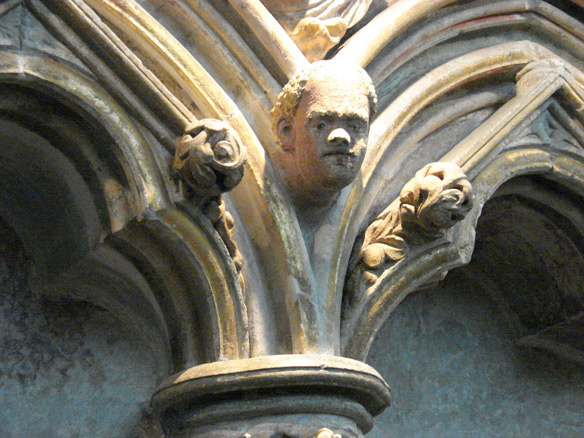 We were not disappointed! Hilary, our guide for the day, told great tales about the Salisbury cathedral and its surrounding close (the residential area originally reserved for the priests and others who served the church), the confrontational relationship between the ecclesiastics and the townspeople, and the famous persons who have lived in the area. We visited the cathedral, which has several unique attributes, including a medieval carving of a head with distinctly non-Anglo features in the Morning Chapel. The cathedral is probably best known for its 123-meter (404-foot) spire (the tallest in Britain) and its Chapter House, which contains one of the four remaining original copies of the Magna Carta.

Following a wonderful, informal lunch in the cathedral’s refectory, we boarded a bus to go to Stonehenge. The rolling hills of the English countryside were dotted with snowdrops and crocuses that heralded the arrival of spring. Several houses, and a few stone walls, were topped by thatched roofs that are typical of the traditional architecture of the region. We saw pheasants, hares, and even a few deer in the fields as we rode along winding country roads.

As we approached Stonehenge, Hilary pointed out the great burial mounds that were created by the ancient settlers of the area. Stonehenge and the land surrounding it were sacred to these prehistoric people, but the reason for this remains unknown. The henge that they constructed looks deceptively simple, but once Hilary explained the degree of planning and the amount of manpower that were required, we were in awe.

Sunday morning found us walking back to St. Pancras Station to catch an early train to Paris. We had such a great couple of days in London Town that we’ll be looking for an excuse to return!