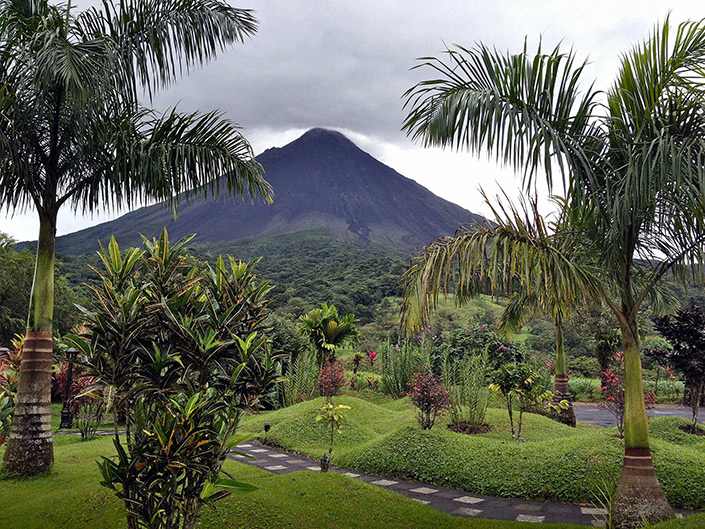 In invisible attraction to this Latin county is its Pacifism values. In December 1948, Costa Rica abolished its military. The budget previously dedicated to the military is now dedicated to providing health care services and education. Costa Rica is an active member of the United Nations and Inter-American Court of Human Rights. The United Nations’ University of Peace is based in Costa Rica. The country is a member of other international human rights and democracy organizations, such as the Community of Democracies. Costa Rica is a member of the International Criminal Court, without a Bilateral Immunity Agreement of protection for the United States military. This means an American ex-patriot who obtains legal citizenship in Costa Rica can not be deported back to America, unless they have broken a Costa Rica law or Costa Rican authorities determine the ex-pat is unfit (murder, fraud, corruption, etc.) to remain a citizen. This domestic and foreign policy has secured stability and growth for Costa Rica.

The Irazú Volcano is the highest active volcano in Costa Rica at 10,964 feet high. The summit of the volcano is a lunar-like landscape with craters. Irazú’s Principal Crater is over 3,500 feet in diameter and 900 feet deep. The Diego de la Haya Crater is considerably smaller and contains a small lime-green lake that sometimes appears red. Marked trails lead to these craters and two other smaller ones, one of which also contains a lake. A pyroclastic cone can also be seen, which has been formed from fragmented volcanic rock. From the summit, you can see both the Pacific Ocean and Caribbean Sea on clear days.

Walk across four suspended bridges and along the canopy and in mornings, encounters thick forest fog in San Luis Park. Its best to use a local guide will guide you through tropical jungle to a hummingbird garden and other natural eye candy they can describe. Tour the Arabica coffee plantation in the mountain town of Naranjo. The coffee produced here lands in Starbucks stores across the globe.

A place for trekking on unpaved beautiful beaches, cheap hotels, open-air restaurants, and a pace that makes you slow down. Dominical also has upscale hotels or in the hills overlooking the town. These places are often set off on their own and allow for close-up wildlife viewing, with howler monkeys waking guests in the morning and toucans flying by the pool. Back from the beach under the shady trees, vendors set up tables and sell crafts and other items. Outside of town are quieter beaches where it’s possible to find your own special place. It is lush and steamy even in the dry season when northern areas are dusty and the trees have dropped their leaves.

Once a quiet fishing village, Tamarindo is now a destination for surfing and beaching. This tourist haven has good food and cheap lodgings. The town is spread along 1-mile long Tamarindo Beach. The area is also known for surfing, with a range of breaks ideal for both experienced surfers and learners. The biggest waves are generally found here in November and December. The area around Tamarindo is also known for eco-friendly adventures and activities that include snorkeling, diving, horseback riding, ziplining, and turtle watching in season. Nearby Playa Grande is one of Costa Rica’s most important nesting grounds for leatherback turtles. Throughout October and March, more than 100 turtles can be seen nesting and laying their eggs overnight.

Costa Ricans take pride in the National Theater, which is considered to be the most impressive building in San José. In the 1890s, the ruling coffee barons voted for a tax on coffee exports in order to fund the construction of the theater. European artisans were imported to design the building. Completed in 1897, the building features a classical Renaissance columned façade topped by statues symbolizing Dance, Music, and Fame. Inside, the pink marble foyer features allegorical figures of Comedy and Tragedy, and painted murals depicting themes in Costa Rican life.