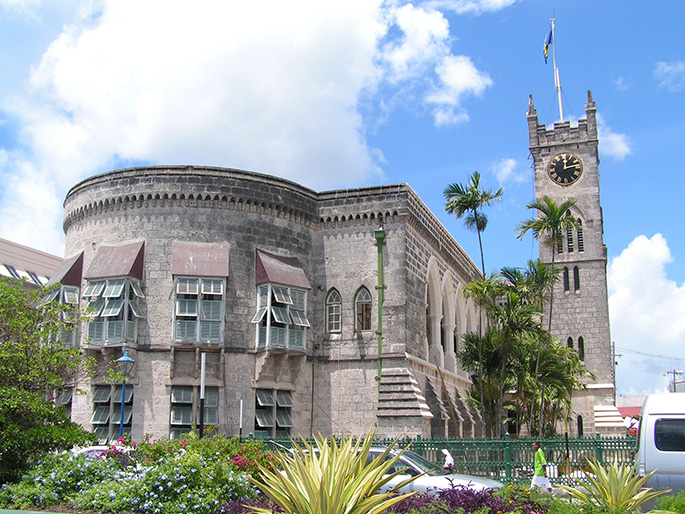 The human part of early Barbados History is being rewritten due to recent archaeological discoveries unearthed at the site of Port St. Charles. Artifacts and evidence point to settlement around 1623 BC.

The first indigenous people were Arawak Indians who arrived here from Venezuela. They made their new home in Barbados along the coast, leaving only a hint of archeological evidence for them to date and dream about. Fragments of tools made of shell, utensils, refuse and burial places convey but a mystery of their time. Cassava was was a significant part of their diet. The Arawaks also used harpoons and nets to fish.

In 1200, the Arawaks were conquered by the taller, stronger and deadly Carib Indian tribe who were also cannibals reported to have barbecued their captives and washed them down with cassava beer.

Despite the Caribs’ ruthless warlike abilities and poisonous arrow weapons, the island was taken over by the Spanish in 1492. The Spanish imposed slavery on the Caribs. That along woth European small pox and tuberculosis killed all the Caribs. But Spain, abandoned Barbados over in favour of the larger Caribbean islands like Hispanola (Domican Republic), Puerto Rico and Cuba. This left the island open for any European nation to colonize it.

The English ship arrived in 1625 and claimed the island on behalf of King James I. In 1627, Captain Henry Powell landed with a party of 80 settlers and 10 slaves to settle the island. This expedition landed in Holetown formerly known as Jamestown. People with good financial backgrounds and social connections in England were allocated land here. Within a few years, tobacco and cotton plantations sprung up.

During the 1630s, sugar cane production was introduced that also relied on the white indentured servants who signed labour agreement to the planter in Barbados for 5 or 7 years. Some servants were also kidnapped or convicted criminals shipped to Barbados. Descendants of the white slaves and indentured servants (referred to as Red Legs) live amongst the black population in the east coast region.

After slavery was abolished in 1834, many new citizens of Barbados took advantage of English education available on the island. With such education, their perspective on life broadened beyond the plantations. Some aspired to higher public offices and jobs in Barbados. Others followed by a 4-year apprenticeship during which free men continued to work a 45-hour week without pay in exchange for living in the tiny huts provided by the plantation owners. Formal freedom from slavery was celebrated in 1838 at the end of the apprenticeship period by over 70,000 Barbadians of African descent.

Barbados remained a British colony until autonomy was granted in 1961. The island gained full independence in 1966, and maintains ties to the Britain monarchy as a member of the Commonwealth. The first leader of Barbados as a free nation was the Right Honourable Errol Walton Barrow.