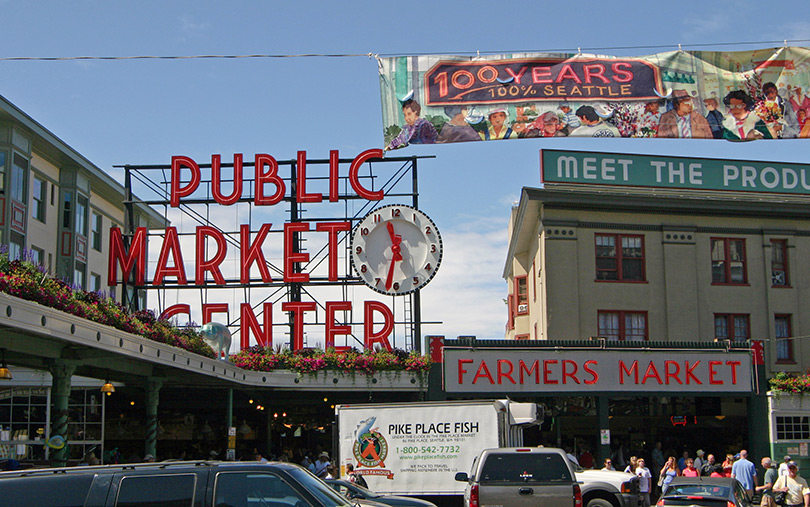 Seattle Cinerama
DESCRIPTION: Opened in 1963, this landmark movie theater that is one of only three movie theaters in the world capable of showing three-panel, curved Cinerama films, that means it uses three film projectors simultaneously to present Cinerame movies. It blows away IMAX projection. But, the economics of Cinerama film succumbed to regular widescreen and 70MM widescreen movies, the only types Hollywood released from 1954 onwards. The late Paul Allen of Microsoft purchased the movie palace, renovated it and reopened it as 808 seats in 1999. Since then, it plays classic 70MM films and occasionally, Cinerama films like 2001: A Space Odyssey. It received another renovation in 2010 to support 3D Digital movies.
DAYS & HOURS: daily
ADDRESS: 2100 4th Avenue, Seattle, WA; MAP
PARKING: metered parking and lots nearby
PHONE: 206-441-3653
WEBSITE: https://www.cinerama.com

Museum of Flight
DESCRIPTION: From the Wright brothers to outer space, the wonder of flight comes alive at one of the world’s largest air and space museums. That is not surprising given the large presence of Boeing in the region. It features 85 historic aircraft on display, interactive exhibits and activities for the whole family. The venue includes a retired Concorde jetliner by British Airways and 28 restored World War I and II fighter aircraft.
ADMISSION: Age 18-64 $15, Age 65+ $13, Military $11, Age 5-17 $8, Age 4 and under enter Free
DAYS & HOURS: daily 10a-5p, first Thursday of the month till 9p
ADDRESS: 9404 East Marginal Way South at Boeing Field, Seattle, WA; MAP
PARKING: Free adjacent to the Museum and Airpark
PHONE: 206-764-5720
WEBSITE: https://www.museumofflight.org