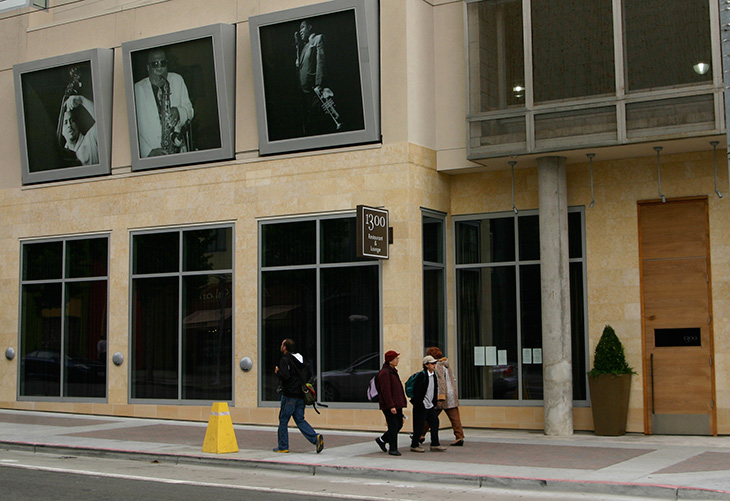 by Jeanette Valentine of SoulOfAmerica

Chatter and laughter bubbled up from the packed house at 1300 Fillmore amid riffs from a jazz quartet. It was a scene straight from the glory days of San Francisco’s Fillmore District, a fitting ambiance for the grand-opening celebration of the restaurant whose address is the same as its name. The city’s only African-American supper club brings upscale elegance to the revitalization of a neighborhood once dubbed the “Harlem of the West.”

From the 1940s to the early 1960s, luminaries such as Duke Ellington, Count Basie and Ella Fitzgerald jammed in smoke-filled juke joints and blues bars up and down Fillmore Street. The area was a mecca for the jazz elite, creating a musical culture that infused the childhood of Monetta White, who co-owns1300 Fillmore with her husband, Chef David Lawrence. Her memories spurred the couple to locate their first restaurant at the Fillmore Heritage Center, a new $74-million, 13-story condominium and entertainment complex that’s breathing new life into the district.

“The spirit of the restaurant right now is bigger than just a food establishment,” White said, “It’s doing something much bigger than Dave and I could ever have imagined. It’s a very positive energy coming into the neighborhood that everyone feels good about. 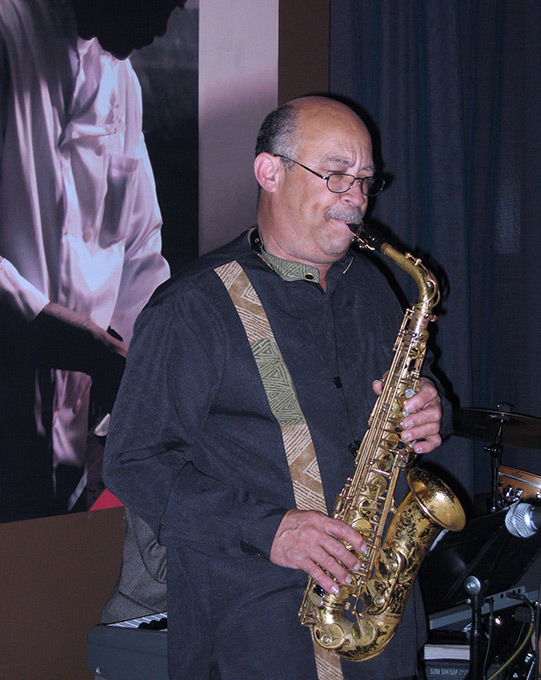 Melvin Butts on Saxophone at 1300 Fillmore

San Francisco Mayor Gavin Newsom was among the more than 200 well wishers at the opening event. Gold-vested waiters buzzed through the crowd with trays of barbeque shrimp and grits, mini lamb burgers and other artfully presented hors d’oeuvres that earned raves from the crowd. Chef Lawrence is Jamaican-born, British-reared and classically French-trained and has developed a cuisine influenced by his cultural background. But it’s anchored in down-home southern soul.

Most recently, Lawrence served as executive chef at San Francisco’s famed Carnelian Room, and a host of dignitaries, including the late Princess Diana, have enjoyed his culinary talents.

His food is served to great advantage at 1300 Fillmore, a haven of dark woods and leather banquettes. It features an expansive 136-seat dining room of chocolate-colored walls sheathed in floor-to-ceiling draperies. The restaurant’s centerpiece is a “Heritage Wall” that looks over a lounge of wing-backed chairs and Chesterfield couches arranged in cozy conversation areas. The wall showcases 37 enlarged sepia-toned portraits from the Fillmore’s hey day and includes two television monitors that loop continuous images of jazz greats and historical scenes from the 1900s until the 1950s.

California vintages dominate the wine list, which was developed by acclaimed master sommelier Emmanuel Kemiji. A flat-screen television – hidden behind the mirror above the bar – will display photos and old jazz movies. The lounge offers wireless Internet access.