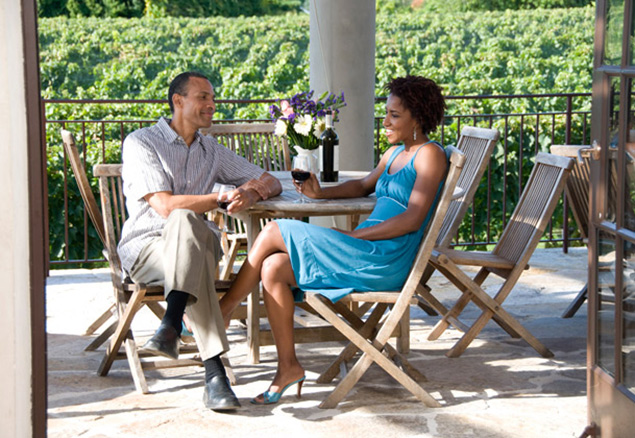 Shaped like a fish, Long Island, New York spans approximately 118 miles from the “head” on the west end to the “tail” at the east end, the latter fanning into what are called the North Fork and the South Fork. The South Fork includes The Hamptons, encompassing the larger towns of Montauk, Amagansett, East Hampton, Wainscott, Bridgehampton, Watermill, Southampton, and Sag Harbor.

Although now recognized as a playground for the rich and famous, the village has managed to retain its multi-ethnic history and culture, which began in the late 1700s and early 1800s during the Golden Age of Whaling. Today there are five private, predominantly African American developments, representing about 500 families in Sag Harbor: Ninevah Beach, Chatfield’s Hill, Azurest, Sag Harbor Hills, and Hillcrest Terrace. There is also Eastville, an earlier African American community. Listed on the National Register for Historical Places, Eastville is home to several Afrocentric historical sites such as St. David AME Zion Church, the AME Zion Cemetery, and the Eastville Community Historical Society, housed in the former the Sears Roebuck Catalog House on Highway 114.

In town, the famous Long Wharf Harbor, also called “Million Dollar Harbor” in reference to the value of the boats docked there, anchors one end of Main Street, the major thoroughfare through town. Its said that Joe Kennedy made his money bootlegging through this harbor.

Visitors and residents alike enjoy meandering among the myriad of boutique shops, quaint bookstores, eclectic restaurants, and surrounding picturesque streets. Many of the homes continue to reflect the early architectural styles like Salt Box and Cedar Shake, and range from charming houses on modest lots to sprawling mega-mansions. Captain’s Row is awash with former whaling captains’ homes, while year-round and seasonal Black residents include Johnny Cochran, B. Smith and Earl Graves.

During season (Memorial Day through Labor Day) the population soars from 3,500 to 12-15,000. If you plan to stay overnight, be aware that there are only two a handful inns. Remaining accommodations consist of expensive private rental condos and homes. Day visitors and bus tours keep the town hopping, which can make the traffic slow to a snail’s pace during Summer. Don’t expect to find any chain stores or burger joints here, as the town has fought hard to preserve its unique character and charm. Brimming with ethnic and cultural diversity and inviting beaches, and possessing a small town feel, Sag Harbor is a welcome respite anytime of the year.

Black Innkeepers
Though few in number, they reward you with unforgettable cultural experiences … More

Events
All events in Sag Harbor or the Hamptons … More