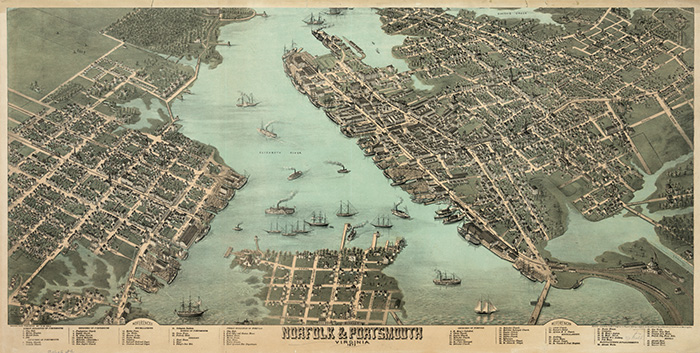 Virginia Waterways To Freedom is an essential story about the trials, bravery and genius of people escaping chattel slavery in Southeastern Virginia.

The general public is familiar with Richmond native Henry “Box” Brown’s daring and inventive escape. His and other cases are usually studied in textbooks and taught by teachers in isolation. Many also know that the South had many essentially landlocked cities, such as Raleigh, Durham, Montgomery, Winston-Salem, Greensboro, Augusta, Nashville, Jackson and Atlanta that were major centers for trading slaves and valuable goods they produced. But the port cities of the South (Norfolk, Portsmouth, Richmond, Charleston, Savannah, Mobile, Memphis, Natchez, and New Orleans) were typically larger cities then and of greatest concern to slaveholders.

Virginia’s authorities were so concerned about escaped slaves that countless ordinances were passed from 1820 until the Civil War, granting local authorities to search and seize all vessels entering Virginia’s waterways. The federal Fugitive Slave Act of 1850 extended the reach of Southern slave states well beyond their borders. Evidence that the Fugitive Slave Act was not welcomed by all is that Shadrach Minkins, a runaway slave from Norfolk captured in Boston, was fortunate to have northern abolitionists storm the Court House in 1851 to free him.

Another reason these areas became hotbeds of runaways is that African Americans living and working in port cities had more opportunities to open their minds to freedom. Many slaves lived apart from their masters and moved freely throughout the town and on ships. This mobility allowed enslaved African Americans, especially those who were hired out, to segue into a variety of port-related occupations and forge relations with stateless captains, who sometimes could care less about Fugitive Slave Laws or personally hated slavery. 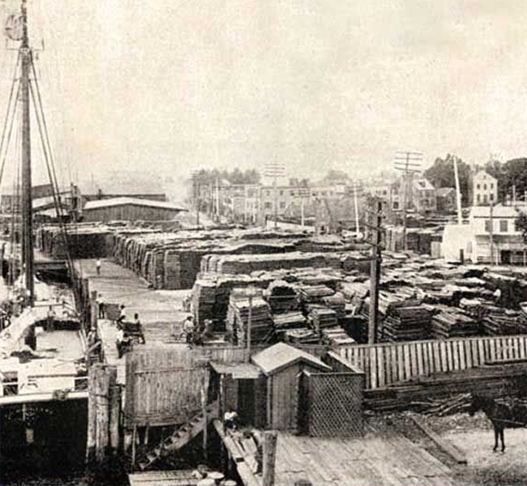 They often read newspapers that reported of slaves escaping, such as the Norfolk Landmark, the Virginia Gazette, the Petersburg Intelligencer, the Liberator, the Norfolk Intelligencer, the Southern Argus, the Republican, the Southside Democrat, and the Daily Express. As such, newspapers and the occasional abolitionist document secreted between slaves, spoke of a clandestine organization undermining slavery in Virginia and the rest of the South — the Underground Railroad.

Of all slave states, Virginia may have generated the most Underground Railroad traffic. One of America’s most active agents for the Underground Railroad, William Still, recorded 785 accounts, 40 percent from Virginia, who were runaway slaves passing through his station. Agents and conductors of the Underground Railroad were often skilled slaves, free Blacks, or Whites. For example, Henry Lewey was a Norfolk slave who used the nom de plume, “Bluebeard,” to hide his identity until he escaped 1856, when word circulated that he was an Underground Railroad agent. William Bagnall was a white Virginia bank bookkeeper who may have been married to a light-skinned African American. He was credited by ex-slaves in William Still’s book with assisting numerous escaped slaves and passing correspondence between those who had escaped and their family members still living in Hampton Roads.

William Still’s book also listed the City of Richmond, the Pennsylvania, the Augusta steamships, and the Keziah as vessels transporting northbound runaways. Newspapers and city directories identified Higgins’ and Wright’s Wharves in Norfolk, as places where runaways has acquired a degree of anonymity and protection as they sought passage aboard schooners and steamships.