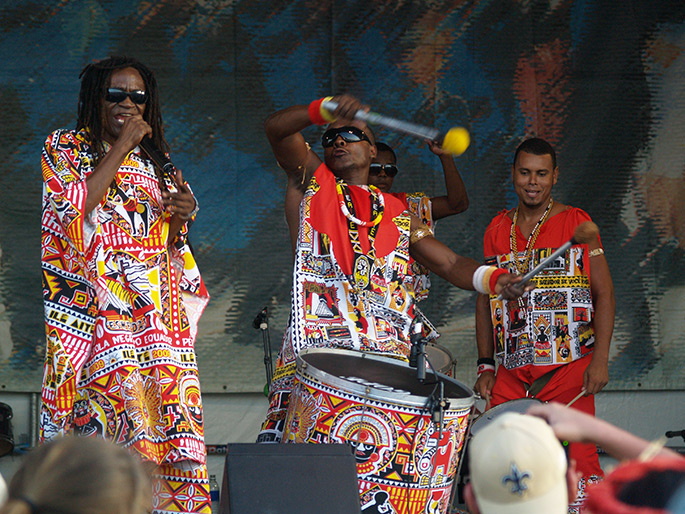 History
Though molded by Native-American, African, Spanish, French, Acadian, English and Pirate cultures, the strategic location of New Orleans also made it a chess piece of war and statecraft … More

Culinary Adventure In The Big Easy
When I think of New Orleans, I think of jazz riffs wafting through a sweltering French Quarter, powdered-sugar falling from hot beignets at Café du Monde and spicy Creole dishes … More

General Attractions
Bourbon Street, Royal Street, St. Louis Cathedral, Decatur Street and the French Market sound like they jumped out of novel. With one visit you’ll see and taste why … More

The Arts
The Cabildo and Presbytere will always remain crowd favorites, but venture off to Musee Conti to reflect upon New Orleans’ bawdy past and see how New Orleans Museum of Art takes stimulate your … More

Treme’
As customary for that era, white male elites chose a vulnerable neighborhood within the politically weak Black community to become a red-light district. With their brazen decision … More

Heritage Sites
In New Orleans, black heritage begins in Congo Square and Treme’, where today, its is shared with the world. There’s also a blackstory to the French Market, U.S. Customs House, St. Louis Cemetery #3 and … More

Mardi Gras
Loosely interpreted Mardi Gras means “Fat Tuesday”. It occurs any date between February 3rd and March 9th. For those unfamiliar with Catholicism, it represents the last carnival before … More

New Orleans Blues
It has been said that the Blues has always been the idiom that defined how people defined music. It is the underlying motif of Gospel, Jazz, Soul Music, and Rock & Roll traditions that borrowed heavily from it … More

Trivia, Radio Stations and Famous Residents
New Orleans has over 35,000 structures on the National Register of Historic Places. Thats 15,000 more than its closest national competitor. Quite few are below sea level, like 80% of the city … More