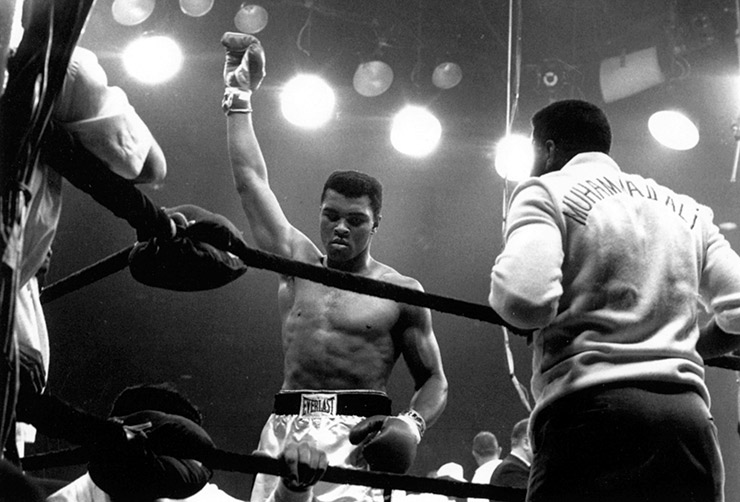 Muhammad Ali – Life of A Hero

Muhammad Ali Center (MAC) held its grand opening ceremony over 18-20 November 2005 at the center and the gala next door at the Kentucky Center for the Arts. The MAC is the definitive repository of Ali’s biographical materials. A native of Louisville, Ali’s backstory is covered from his roots, to his boxing career, his societal and religious convictions, stand against the unjust Vietnam War, and global humanitarianism, will come alive through both integrated and stand-alone experiences.

This is the real deal on his life, even the parts he regrets and has apologized for, like the insensitive remarks about Joe Frazier and George Foreman. Perhaps, more than anything, you see the evolution of the most recognized person in the world in the 20th century. If you want to absorb Ali’s life and accomplishments, plan on spending a full day at the MAC. Or better yet, make that 2 days if you want to super-size the experience – its that rich.

President Bill Clinton delivered the best comment of the night when he said of Muhammad Ali, “Here is a powerful example, not an example of power.” Kris Kristofferson performed You Gotta Serve Somebody and Here Comes the Rainbow Again. He and Ali have been friends for over 30 years. Below is a partial list of other MAC grand opening gala attendees on 19 November 2005:

And of course, Muhammad and Lonnie Ali attended.