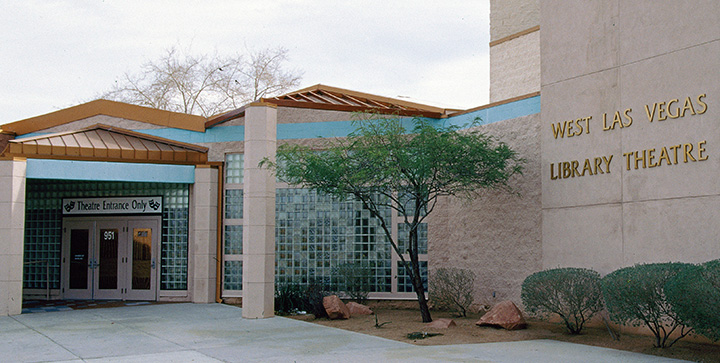 Moulin Rouge Hotel and Casino Historic Site
DESCRIPTION: Opened around 24 May 1955, Moulin Rouge had the class of a Strip casino resort, yet targeted Black patrons. It was owned by a diverse group of investors and attracted Sammy Davis Jr., Harry Belafonte, Pearl Bailey, Nat King Cole, Louis Armstrong and many other black stars. Former boxing champ Joe Lewis was given an ownership interest in the casino to serve as a greeter. At first owners on the predominantly mob-owned Strip welcomed it because it let them easily continue discrimination and tell would-be Black patrons to go to the Moulin Rouge. Casino owners on the Strip did not expect white celebrities like Frank Sinatra, Dean Martin, Edward G. Robinson, Carey Grant and others to go there for the 2:30am show that became the hottest in town. We can deduce that the Mob did not like so much money diverted from their casinos on The Strip. Amazingly for such a successful venue, a number of circumstances were engineered to ensure that it closed only 6 months later in 1955. Without direct evidence, but certainly Mob implications, it went bankrupt. Suddenly, it reopened for the New Year’s holiday of 1956-57. Over the years it operated as a motel and bar without a casino, but never operated as a full casino again. In 1960, it hosted a meeting for Governor Grant Sawyer and civic leaders to sign an NAACP agreement to end segregation on the Strip. In 1992, the site was placed on the National Register of Historic Places. It reopened, again on a limited basis in 1993-1996. All that remains is the historic site, given the iconic sign resides at the Las Vegas Neon Museum.
DAYS & HOURS: daily
ADDRESS: 900 West Bonanza Road, Las Vegas, NV MAP
PHONE: 702-648-4420
WEBSITE: none

Harrison House
Harrison House, built in 1942, was one of several boarding houses in the neighborhood during the 1940s and 1950s that hosted Sammy Davis Jr, Pearl Bailey, Nat King Cole, Eddie “Rochester” Anderson and other black performers who worked in Las Vegas casinos; Harrison House is one of th few still standing; the beginning of the end for these boarding houses came when the Moulin Rouge opened in 1955, followed by desegregation of Las Vegas casino resorts in the 1960s; Katherine Duncan can schedule a tour of the Pioneer Trail along Jackson Avenue, visit a black church on Sunday, shopping and Soul Food dinner for groups; pick-up from your Downtown or Strip Hotel can be arranged
DAYS & HOURS: Group Tours only by appt
ADDRESS: 1001 F Street, Las Vegas, NV MAP
PHONE: 702-490-2699