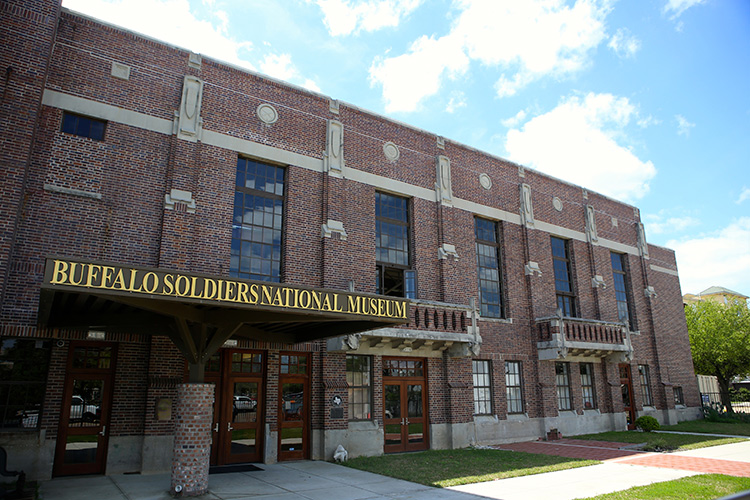 Founded by Paul J. Matthews, the museum began as his personal collection features memorabilia gathered over decades. To found the museum in 2000, Paul used his retirement money as a pharmaceutical executive. His sacrifice has led to our nation’s most distinguished collection of memorabilia, artifacts, books, and lists of accomplishments by black soldiers from the Revolutionary War to the Afghanistan War. Today, more than 50% of artifacts and books are donated and more arrive each month. The “Buffalo Soldiers” nickname was given to these brave men by the Cheyenne Indians who admired or feared their fierce fighting ability and personal integrity. Buffalo Soldiers were comprised of freemen and former slaves who served as soldiers in the U.S. Army from the Civil War, Spanish American War, Philippine Insurrection, Mexican Expedition, World War I, World War II, and the Korean Police Action. After the Civil War, Buffalo Soldiers were responsible for escorting settlers, cattle herds, and railroad crews in America’s Westward Expansion. The 9th and 10th Cavalry Regiments were assigned to conduct campaigns against American Indian tribes on a Western frontier that extended from Montana in the Northwest to Texas, New Mexico and Arizona in the Southwest. Without Buffalo Soldiers, the American West we recognize today would have been delayed by many decades. For their Civil War accomplishments, 23 African-Americans received the Medal of Honor. Similarly, during the Western Expansion, 18 more African-American soldiers received the Medal of Honor. The museum also honors Harriet Tubman and early black female soldiers. In 2012, this distinguished museum moved to this large 23,000 square foot structure to better display its galleries. The museum maintains an online database of Buffalo Soldiers. You can also “Buy A Brick” to create a lasting memory, honor a veteran, cheer for your alma mater, promote your business, surprise a friend, or remember a special date. Your minimum donation of $175 will help the Buffalo Soldiers National Museum preserve the historic 1925 Houston Light Guard Armory.