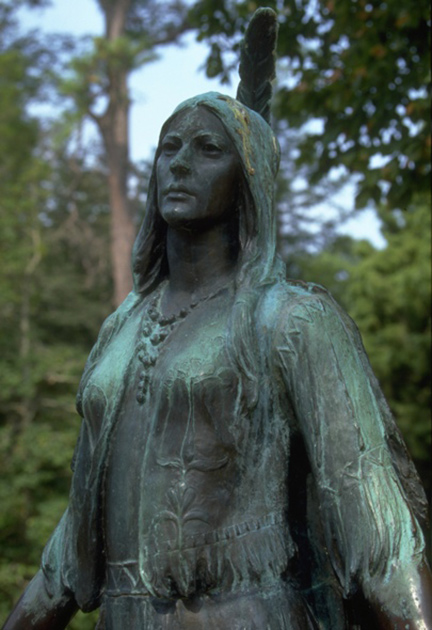 Hampton history begins with Native American tribes, including the Powhattan Tribe of Pocahontas. They ranged widely in this region for centuries before English settlers arrived. In 1587, the King of England chartered what became the lost colony of Roanoke in America. That put a damper on Brish colonialism in America for 40 years. In May 1607, sailing aboard the Susan Constant, Godspeed and Discovery under Captain Christopher Newport, one hundred British colonists were sent by the Virginia Company in search of gold, other goods for commercial trade in Europe and for colonization. On a site near the junction of the Atlantic Ocean and a huge bay, the settlers erected a granite cross and named the first landing, Cape Henry, in present day Virginia Beach.

Native-Americans called the huge bay, Chesapeake, a name the settlers readily adopted. When Captain Newport organized 30 men or so to go ashore, John Smith was placed under arrest for taking part in mutinous disturbances en route to America.

Today, that landing area has become part of Fort Monroe and opens to Chesapeake Bay. Jamestown, located several miles up the James River, was also founded in 1607. Though small skirmishes broke out between the indigenous Powhatan Confederacy of tribes and British Colonists, Native Americans traded corn for beads, metal tools and some guns. That trade would have been impossible, if not for the friendship between Pocahontas and John Smith. Colonists were dependant on this trade for sustenance until re-supplies from England arrived in 1610.

Despite valiant peace-keeping efforts by Pocahantas and John Smith, the indigenous Powhatan Confederacy of tribes had little chance against new diseases and the overwhelming scale of guns and bullets brought by the newcomers. Hence, they slowly ceded control of the region to British colonists, who were followed by more aggressive land-grabbers, sailors, pirates and merchants along each inland waterfront of the region.

John Rolfe of Britain, who married Pocahontas in 1614, recorded in his journal on August 1619, the vessel Treasurer arrived at Point Comfort with “twenty and odd Africans.” The ship was believed to have left one African at Point Comfort, a woman named Angela. Based on data from trade routes of the time, these first Africans were believed to have been from Angola on the west coast of Africa, and brought with them a knowledge of agriculture. It is further believed that the captain of the Treasurer attempted to barter his human cargo for food at the small Kecoughtan settlement near Point Comfort. Having no success, he proceeded several miles up the James River, where he sold the first 20 or so Africans at Jamestown and founded the first permanent British colony in North America. Thus, Jamestown is the starting point of America’s Holocaust – Slavery.

From Treasurer’s arrival, a man named Anthony was taken to serve on the plantation of Captain William Tucker of Kecoughtan in Elizabeth City, which would later become Hampton. Anthony married a fellow captive, Isabella, in a Christian ceremony. Isabella gave birth to their child, named for the plantation owner, William Tucker. The baby was taken to Jamestown to be baptized in 1624. It is believed that William, the son of Anthony and Isabella, was the first child of African descent born in America.

Many colonial planters sought to teach their black servants Christianity. Once they became Christianized, the prevailing practice was to make them a free man or woman. In 1667, the addictive economics of slavery led settlers to drop that custom when the Virginia General Assembly of lawmakers, dominated by rich colonists, ruled that Christian baptism did not alter the condition of a person. As one writer describes, “baptism freed the soul, not the body.”

In 1682, sanctions by the State of Virginia and the church, to their eternal shame, declared lifetime servitude the proper status for people of African descent.

By 1750, British colonist records indicate that there were 236,000 slaves, with more than 206,000 of them living in states south of Pennsylvania. Virginia had more than any state. Leading colonists, such as George Washington, Patrick Henry and Thomas Jefferson constructed the hypocritical moral ground of “freedom from taxation without representation”, sparking the Revolutionary War against Great Britain in 1770. What about people of African descent? 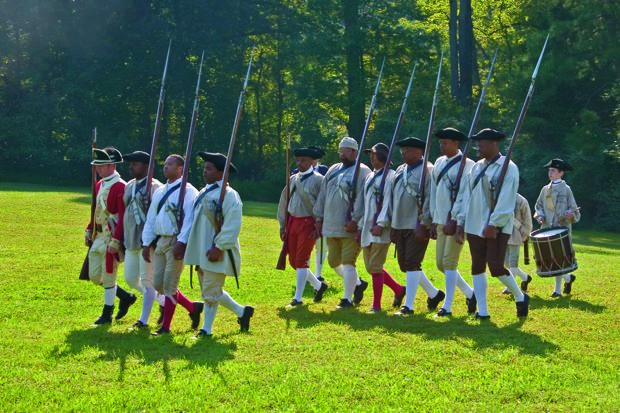 President Lincoln’s Emancipation Proclamation on 1 January 1863 formally abolished slavery in America. Beneath the branches of an Oak Tree in Hampton, newly freed residents gathered to hear Lincoln’s Emancipation Proclamation for the first time. Locals believe Mary Peake taught school, against Virginia law, to free blacks and slaves prior to the Civil War in its shade. Today, 98-feet wide Emancipation Oak is a popular site for special services, social gatherings and picnics in the area that became Hampton University.

After the Civil War, a nearby settlement of newly freed African Americans founded the first center of higher education for African Americans, at the same area Ms. Peake taught at what is known today as Hampton University. By 1906, it became a larger town, just a day’s carriage ride from Norfolk.