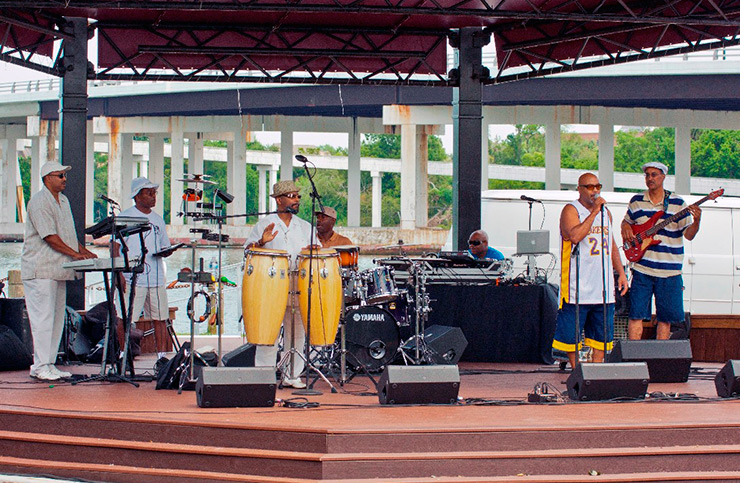 Yorktown National Battlefield and Victory Center
DESCRIPTION: At markers on this historic battlefield, daily reenactments of Revolutionary War (1770-1783) encounters, historical figures and the battle decisions they made are presented. National Park Service interpreters also describe the role of 5,000 Africans who fought on America’s side. A stop at the Yorktown Victory Center reveals another layer to the story about African-American and African roles in this great war. Many were forced to choose freedom over allegiance to country because the British were the first to offer freedom to escaped slaves who served. Understandably, many African-Americans fought with honor for Britain as well. The Witness Gallery in the center’s museum discusses this subject in detail.
ADMISSION: $7
DAYS & HOURS: daily 9a-5p
ADDRESS: Colonial Parkway, Yorktown, VA MAP
PARKING: on premises
PHONE: 757-887-1776
WEBSITE: http://www.nps.gov/york

Watermen’s Museum
DESCRIPTION: Founded in 1981 as a part of the 200th anniversary of the Battle of Yorktown. In October of 1781, American and French forces fought the British in the final battle of the Revolutionary War. Local watermen aided the French fleet, acting as pilots traveling the waterways and helped defeat the British army. Among its hallowed collections, the museum presents photos and artifacts that document the history of proficient African-American fishermen of the Chesapeake Bay.
ADMISSION: Adults $4, K thru 12 Students $1
DAYS & HOURS: Tue-Sat 10a-4p, Sun 1p-4p
ADDRESS: 309 Water Street, Yorktown, VA MAP
PARKING: on premises
PHONE: 757-887-2641
WEBSITE: http://www.watermens.org

Colonial Williamsburg
DESCRIPTION: This was Virginia’s capital from 1699 to 1780, as well as the social and cultural nexus of Great Britain’s largest colony; George Washington, Thomas Jefferson and other prominent southern politicians formed most of their opinions about how our country should be managed while here; though selective in its depictions, daily re-enactments of colonist and slave life at this restored 173 acre historic site make it a living history museum and a compelling location to help children understand what slavery was like and who benefited; guests can explore the 18th-century African American community at Great Hopes Plantation by song and dances that provided African Americans a way to maintain their identity and some sense of culture during slavery
ADMISSION: FREE
DAYS & HOURS: daily
ADDRESS: 113 Visitor Center Drive, Williamsburg, VA MAP
PARKING: on premises
PHONE: 800-447-8679
WEBSITE: http://www.history.org