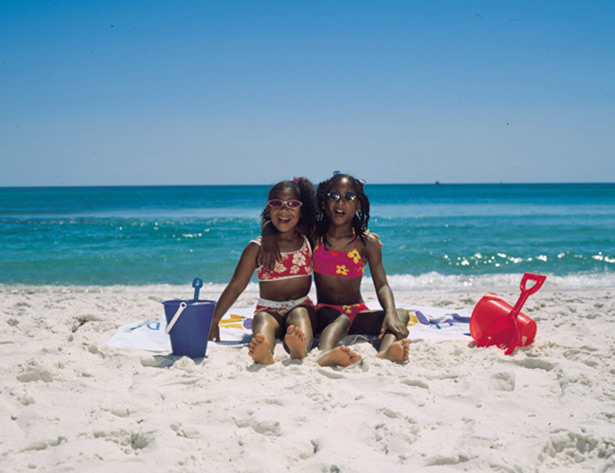 History
Daytona Beach is named after Mathias Day who purchased a 3,200-acre tract along the coast in 1870. His tract included an old sugar mill plantation with a huge appetite for cheap, hard-working labor. Most African Americans after slavery went North, others went to Florida and the islands … More

Beaches
You’ll love the white sand beaches and the plentiful motels and hotels. Visitors may park their cars seaward of the conservation zone, either facing the ocean or the dunes. There are also several parking areas adjacent to the beach. Parking on the beach is single lane only and is west of the traffic lane … More

Cultural Sites
Bethune-Cookman College was founded by Dr. Mary McCloud Bethune as Daytona Educational and Industrial Training School for Girls to provide continuing education for African American girls excluded from other colleges during segregation. It is surprising to see that her initial capital was less than $100 to build this great institution … More

Family Attractions
Daytona Beach is the headquarters for NASCAR racing, a large spectator sport, and Daytona USA, the state-of-the-art motorsports attraction that both chronicles the area’s rich racing history while allowing visitors to experience racing first-hand with interactive displays. The sport grew and evolved here since the early turn of the 20th century … More