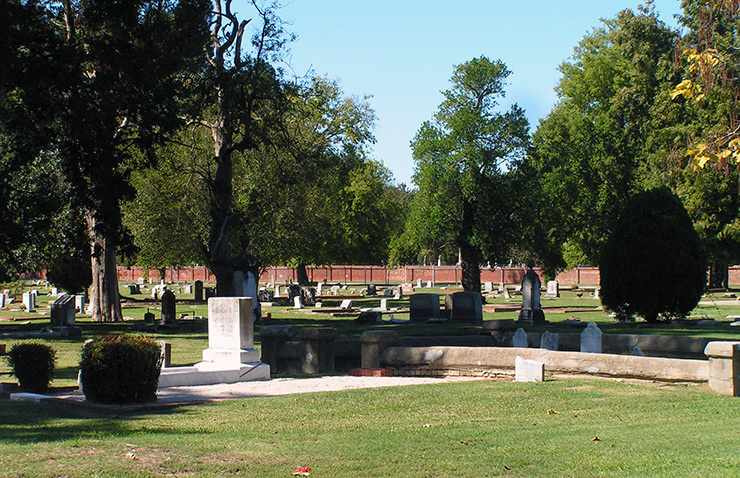 Augusta history is the Georgia History. Though Georgia banned slavery in the early 1700s, trustees of the Georgia Colony bowed to pressure from white landowners who wanted the same economic benefits from slavery as their neighbors in South Carolina. Northern states had larger growing populations that needed more raw materials. Production of cotton, tobacco, rice, indigo and other raw materials required inexpensive or free labor from growing in the land to markets in port cities, where they were primarily sold to merchants representing Northern and European interests.

Many slaves acquired freedom due to the British invasion of South Carolina during the Revolutionary War. Former Silver Bluff, South Carolina slaves moved Springfield in Augusta, which follows and First African Baptist Church church in Savannah as one of the oldest independent African American congregations in the nation.

During the Revolutionary War, some slave-owners also permitted their slaves to fight with those who would become Americans. Inspired by their bravery, plantation owners set some slaves free in 1783, just after the war. But when the cotton gin was invented in 1793, it super-sized the scale of cotton goods that could be prepared for market, elevating cotton’s value over the previous leading cash crop, tobacco. The profit-lust of Southern plantation owners roared back — more slaves to grow more cotton. Augusta farmers joined in the frenzied rush to plant more cotton.

African-American churches initiated efforts to educate Freedmen after the Civil War, first at a former wagon factory turned shoe factory by the Confederate government on 9th and Ellis Streets. Other notable African American educational institutions established in Augusta after the Civil War include Reverend Charles T. Walker’s Walker Baptist Institute; Ware High School, Georgia’s first public high school for African Americans, built in 1880 by the Richmond County Board of Education and later the subject of a Supreme Court case that legalized the practice of segregated education; Lucy Craft Laney’s Haines Normal and Industrial Institute; and Paine College, a joint effort of the black and white Methodist churches. Shiloh Baptist Association founded Orphanage in 1902 provided housing, care, and education for black children without families. 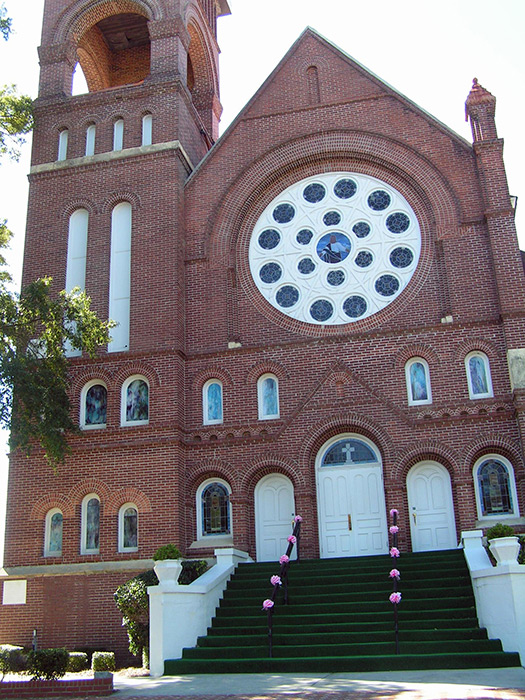 By 1787 a large group of African Americans, who had been slaves in South Carolina arrived in Augusta. Many settled in the village of Springfield, where they formed Springfield Baptist Church — an offshoot of Silver Bluff Church that the Galphin slaves established before the Revolutionary War.

Pinched Gut Historic District has been the burial place of Augusta’s black population, both slave and free, since the 1820s. At that time, Magnolia Cemetery was founded for whites and Cedar Grove Cemetery soon thereafter for African Americans. By an act of the legislature, authorities removed the remains of African Americans originally buried at St. Paul’s and re-interred them at Cedar Grove in 1825.

After the Civil War, African Americans, not yet legally segregated from whites, gradually gravitated to the neighborhoods south of downtown. This area, now known as the Laney—Walker North Historic District, was formerly an area settled by Irish immigrants known as Dublin. Trinity Christian Methodist Episcopal Church, Central Baptist Church, and Bethel African Methodist Episcopal Church all had been in Laney—Walker since before emancipation. All three congregations have moved away from the neighborhood, and only Trinity CME’s building still stands.

Afterwards a number of other churches came to the neighborhood. Tabernacle Baptist Church, which has a national reputation, moved to the district to its present building in 1915. Laney—Walker became Augusta’s principal African-American neighborhood and the location of important black owned businesses such as the Penny Savings Bank, and Pilgrim Health and Life Insurance. It was also home to noted black educator Miss Lucy Craft Laney. Another neighborhood developed outside the original city limits known as The Terri and Nellieville, parts of which became the Bethlehem Historic District.

Another African American neighborhood, originally called Elizabethtown, developed north of the affluent suburb of Summerville. Today the neighborhood is the Sand Hills Historic District. The Cumming Grove Baptist Church and Rock of Ages Christian Methodist Episcopal Church were among the earliest congregations founded to serve its residents. Amanda American Dickson’s acquisition of a large house on Telfair Street in 1886 is a notable exception to the trend toward segregation of housing and neighborhoods. Amanda Dickson was perhaps the wealthiest African American woman of her time, having inherited the entire estate of her white father, David Dickson of Hancock County, Georgia. She lies buried in Cedar Grove Cemetery under large monument.

By the early 20th century, Jim Crow laws requiring blacks and whites to settle in blocks designated by race, transformed Laney-Walker District into Augusta’s principal black neighborhood. New companies located in the area to provide service to the black population. These included the Penny Savings Bank, one of the first independently owned black banks when it was started at the turn of the 20th century, and Pilgrim Health and Life Insurance Company. The working class, black professionals, and white-collar workers all lived, worked, shopped, and worshiped together in the neighborhood.

The Laney-Walker District is home to several historic black churches. Trinity Christian Methodist Episcopal Church, one of Augusta’s oldest black congregations, was established by slaves in 1840. Bethel African Methodist Episcopal Church and Central Baptist Church also were founded before emancipation. Both have been razed in recent years after the congregations moved to facilities outside the neighborhood. A church with a national reputation in the district is Tabernacle Baptist Church, which dates from 1885. It moved from Ellis Street to its present location in 1915. Visitors from around the country would travel to hear Reverend Charles T. Walker, its founder and pastor, instrumental to bringing the Walker Baptist Institute to Augusta in 1898.

Within the district at 1116 Phillips Street is the home of Lucy Craft Laney, a noted educator who founded the Haines Normal and Industrial Institute, the first black kindergarten in Augusta, and the Lamar School of Nursing. Miss Laney’s home is now a museum and conference center, and her grave is located on the corner of the campus she founded.