You are here: Home1 / International2 / Recife 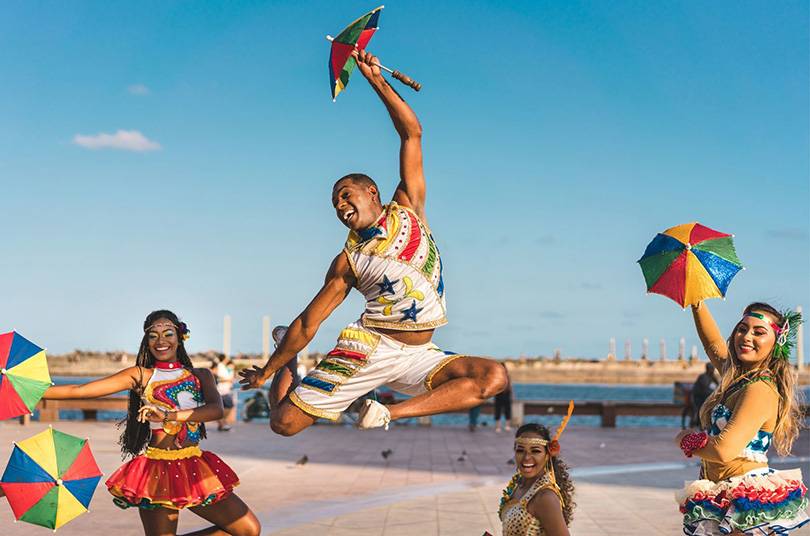 I’m reclining on Boa Viagem Beach in Recife when a buffed, chocolate-skinned Brazilian approaches me and lowers himself on his haunches. He mummers with a warm familiarity that makes me think he knows me.

But I remember that I am 6,000 miles from home and realize that the lyrical words flowing from his full lips are Portuguese. Only when he opens a royal blue cooler packed with plump shrimp does it register that he’s trying to sell me shellfish.

I chuckle at the sly sales tactic, recognizing that he is an integral part of an idyllic beach scene playing out before me: Wide, orange umbrellas are shielding young and old from a sun already blistering hot by 10 am. Shouts from children splashing in turquoise waves ring out, and a flock of kites rides the breeze.

The heavy African drumbeats of samba blare from an aqua-colored ice-cream cart pushed by an old man in a Panama hat. A smiling brunette kneeling on a beach towel slathers oil on the already slick biceps of her novio (boyfriend).

This is Pernambuco, a coastal state in northeast Brazil that barely makes the radar of the savviest of travelers. While Rio and Sao Paulo grab the international spotlight, few know that a thousand miles north lies a region that offers the best of Brazil with a cultural flavor all its own.

During a seven-day tour, I visit the cities of Recife, Olinda, and Ipojuca and learn how northeast Brazil differs from the south: the cuisine relies more heavily on fresh seafood, the regional dances are borne of a unique mix of ethnicities, the African influences are more pronounced and the beaches are more beautiful.

Getting to Pernambuco has gotten easier for travelers from the United States. American Airlines is the first major U.S. carrier to fly directly to Recife, offering daily flights from Miami. Here’s why you should go: 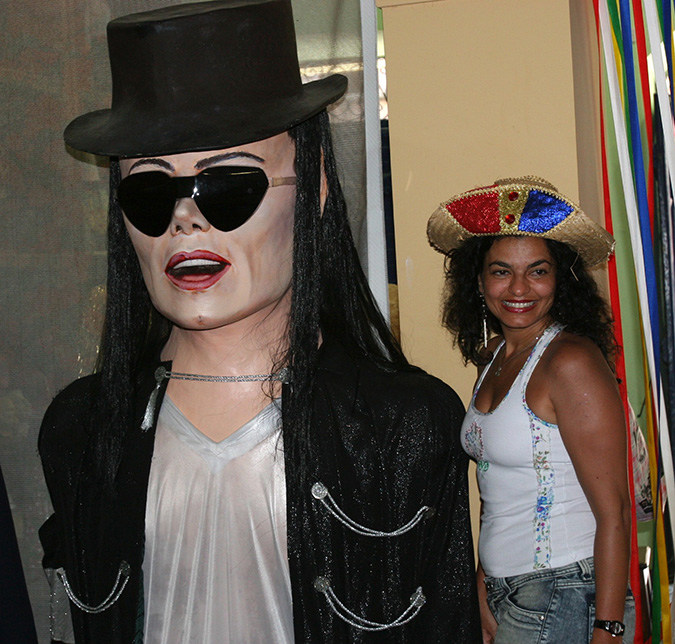 Hugging the coast of the Atlantic Ocean, the city lays claim to many charms that make it an ideal getaway for fun-seeking, cultured travelers: a historic district provides glimpses into a colorful past river, canals, and islands earning it the moniker “The Venice of Brazil” museums and churches abound; the warm, crystal waters and powder-white sands of Boa Viagem (Good Voyage) Beach draws an eclectic crowd of sun-worshipers and the city’s gastronomy scene attracts some of the best chefs in the world (for us non-foodies, that means the food is slamming).

When I stroll down Rua do Bom Jesus (the Street of the Good Jesus) in Old Recife, I am transported in time. The city was founded when settlers from the Netherlands wrested control of the area from the Portuguese in 1630.

The Dutch influence is evident in the street’s colorful, narrow buildings with gabled roofs, tall windows, and iron balconies. Narrow and cobble-stoned, the street looks much as it did centuries ago. That’s, of course, if you overlook the chic new restaurants and trendy bars that are breathing new life into the historic neighborhood.

Rua do Bom Jesus is home to Embaixada dos Bonecos Gigantes (The Embassy of Giant Puppets), which reminds me of a Ripley’s Believe It or Not Wax Museum. It showcases gargantuan puppet costumes in the likenesses of folk heroes, celebrities, and politicians. Carnival revelers don the outfits, transforming themselves into dancing giants who tower above the throngs in the streets.

I sidle up to a super-sized version of U.S. President Barack Obama for a photo opportunity. He’s rubbing shoulders with former Brazilian President Luiz Inácio Lula da Silva standing next to Nelson Mandela. Michael Jackson looks on from across the room.

Walk further down the Rua do Bom Jesus, and you’ll find Sinagoga Kahal Zur Israel, the second synagogue built in the Americas. Several blocks away are the Catedral de Sao Pedro dos Clerigos and Patio de Sao Pedro (St. Peter’s Church of the Clerics and St. Peter’s Square). The church is a majestic structure of Gothic architecture.

In the summer, live bands play in the square as locals gyrate to Forro or Frevo, northeastern dances of European and African origins. Chris Brown would be hard-pressed to imitate the lightning-fast moves. Also performed on the square is the music and dance of Maracatu, directly inspired by ceremonial rituals once performed by enslaved Africans.

Maracatu is embodied by the image of a fanciful soldier of African descent whose head is covered by what looks like thick, multi-colored tinseled dreadlocks with bangs. I see the likeness everywhere – fashioned into dolls, made into statues, emblazoned on t-shirts, crafted into giant puppets, even meticulously painted across the front of an entire house.

Just off the Patio de Sao Pedro is a statue of Solano Trindade, a 20th-century intellectual of African descent whose career resembles that of Paul Robeson. Trindade was a poet, playwright, painter, filmmaker, and actor.

In downtown Recife, the civil rights movement is evoked in Joaquim Nabuco Square. A Brazilian who fought fiercely to overturn slavery in the 1800s, Nabuco is hailed as the Martin Luther King, Jr. of Brazil. The square contains a life-sized statue of the abolitionist.

Another way of seeing the city’s many statues is by water. One afternoon, we take a catamaran ride up the Capibaribe River, which meanders through the northern third of the city. As our craft skims the still water, we take in some of the city’s attractions from a different perspective. Among the sites, we pass the Sculpture Park of Francisco Brennand, the Old Grand Hotel, and the steep-roofed buildings of pale blue, green, yellow, and peach, that look like transplants from Amsterdam.

One of my favorite places in the city is Casa da Cultura (The House of Culture), a former prison converted into a center for the creation and selling of arts and crafts. More than 150 stores fill spaces that once confined convicted felons. A shopaholic’s dream, the center offers beautiful fabrics, elegant clothes, unique jewelry, fine lace, woodwork, ceramics, dolls, food products…the list goes on and on. Despite its history, the building’s ivory interior is bright, airy, and welcoming.

For a respite from sightseeing, head to Praca da Republica (The Republic Square). Surrounding an impressive fountain, the square is an oasis of manicured lawns, clustered shade trees, and lush vegetation. It is bordered by the Hall of Justice, Santa Isabel Theater, and The Princesses’ Field Palace.

And what better way to end the day than with a cocktail?

Vacationing in Brazil without tasting a Caipirinha is like visiting Japan and passing on the Sake or journeying to Jamaica and skipping the rum. Even a tea-totaler like me can’t resist a sip of the mildly sour, highly intoxicating concoction. It’s smooth and refreshing, but in a way that packs a punch.

We are fortunate enough to visit Carvalheira, a factory that distills sugar cane juice to make cachaca, the primary ingredient of Brazil’s national beverage. A guide takes us on a tour that features a stroll through rows of the 2,000 oak barrels in which the cachaca is aged. As a highlight, we’re given product samples in paper cups before learning the process by which it’s made.

My trip coincides with the national holiday “Dias das Criancas” (Day of the Children), during which the country lavishes gifts upon the young ones, ala Christmas. Consequently, the museums that I’d heard so much about are closed. A few of the more intriguing ones to check out would include:

• The Abolition Museum (Museu da Abolição), displaying objects from the slavery era of the 18th and 19th centuries
• The Museum of the Man of the Northeastern (Museu do Homem do Nordeste), celebrates the culture of Pernambuco
• The Modern Art Museum (MAMAM), featuring work by Brazilian and international artists, such as Rodin and Basquiat and
• The Richard Brennand Institute, resembling a medieval castle and containing artifacts from the days of Dutch rule.