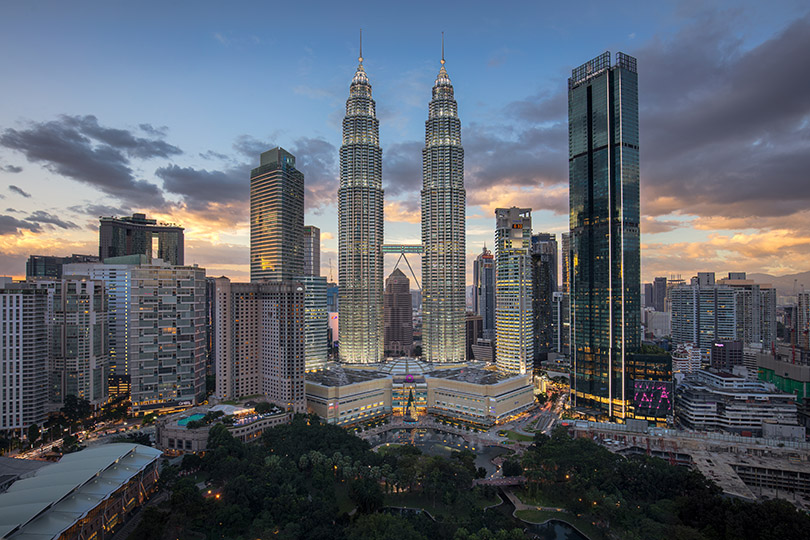 Kuala Lumpur lives up to its nickname as the magical capital of Malaysia. Locals call it “KL.” Chinese and Indian Immigrant cultures effortlessly fuse with native Malay culture. It’s a place where many races and ethnicities seem to get along.

That’s a little surprising compared to some other big cities in Asia with diverse populations. The Malay government has made a real effort to sustain that mostly tranquil vibe.

KL rarely tops an American’s must-visit list, but it should. The same Asian and European travelers who rave about Bangkok’s temples, Tokyo’s bullet trains, and Bali’s beaches love equatorial KL too. From the aromas of deep-fried samosas in the food courts to the splendor of mosques that dot the landscape, Kuala Lumpur delivers rich culture on an “I’m broke, but I love to travel” budget. 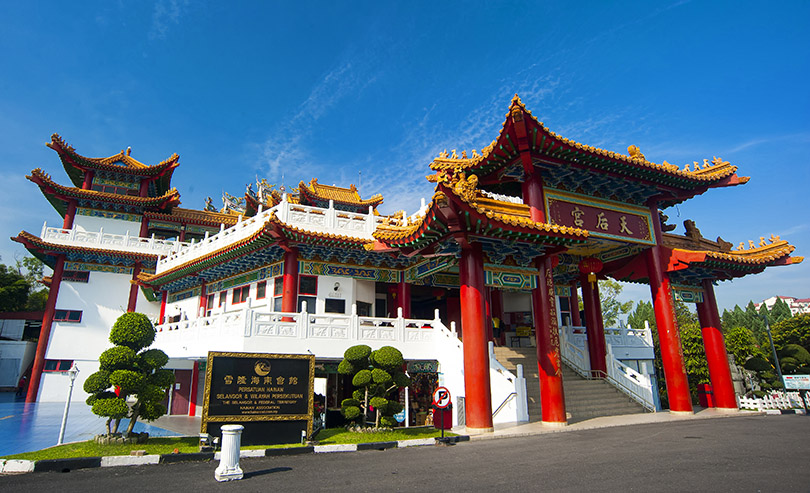 This magnificent Chinese temple has golden roofed pagodas and strings of lanterns. Located inside are three majestic statues of deities, including the main deity Thean Hou. Within its grounds are statues of the 12 animals of the Chinese zodiac; credit Malaysia Tourism

More recently the city has become a playpen for architects who design eye-catching skyscrapers, including the 2nd tallest building in the world. Looking at the quality and quantity of its architecture, KL could give Chicago and Toronto serious design competition. And yet Kuala Lumpur maintains a human scale for walking to eye-catching temple & cave visits, bargaining with street vendors, and sampling street great cuisine on the cheap.

History
In the 19th century, KL was an important tin-industry settlement, mostly because of Yap Ah Loy.

No Black Tie Delivers Go-To Place for Jazz & Soul
If you’re a jazz or R&B aficionado, the cleverly named No Black Tie is the place to land.