You are here: Home1 / International2 / Cuba 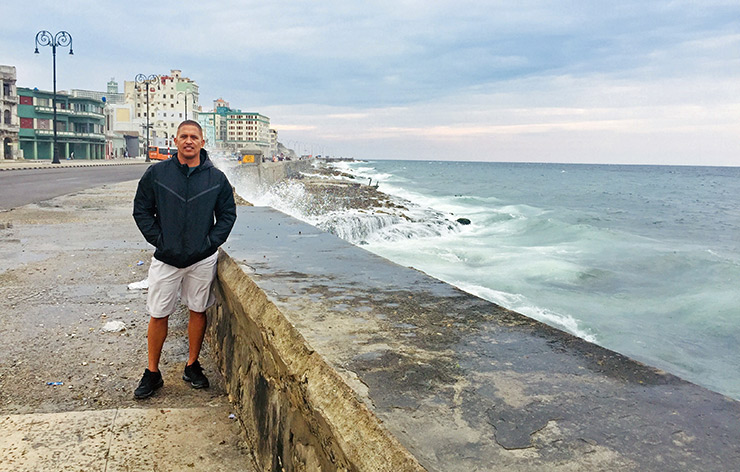 Lenny Dorsey on the Malecon in Havana, Cuba; (c) Soul Of America

Cuba is a large, mysterious, soulful and charming country. Most of that mystery is due to U.S. embargo of Cuban trade. Though President Obama lifted some embargo constraints against Cuba, others remain for now.

Trinidad
Located along the southeastern coast of the island, this city also has breathtaking offshore islands.

Cienfuegos
I sat with my friends at a table in front of Café Teatro Terry on the north end of Parque Martí for lunch.

Travel Tips
It is against Cuban law to accept U.S. Currency and American credit cards are not accepted.