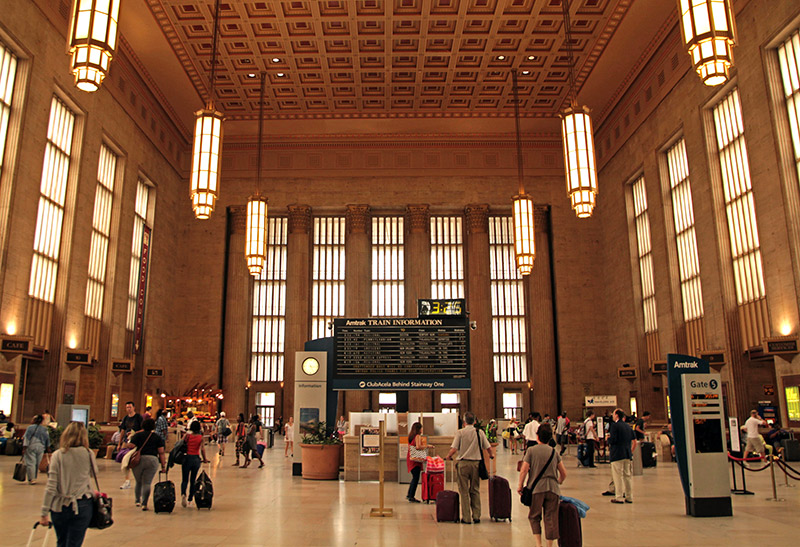 For dinner with my Hound Phi Hound brothers from college, I chose a restaurant in Philadelphia 30th Street Station. Since I booked a ride on Amtrak Northeast Regional to Baltimore that evening, there would be no hurried ride to the station later. But to my surprise, an investigative journey of Amtrak Northeast Corridor would begin — Thomas Dorsey, Soul Of America 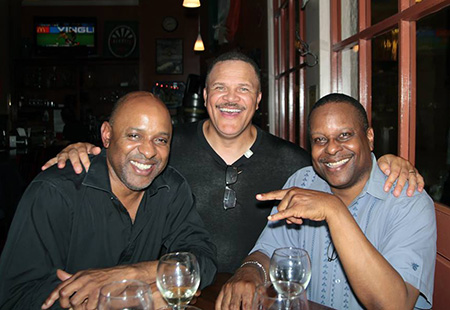 After chopping it up with the brothers, I discovered that my Amtrak Northeast Regional train was running late. The next Acela train would arrive an hour before the next Northeast Regional. That would be so late that Mother won’t be awake when her son from California visits. So late that her mouth-watering, “slap somebody good” sweet potato pie would have to chill.

Under Amtrak rules, you can’t take the Acela train having paid for a less expensive Northeast Regional train, as that would be a sneaky upgrade. But since I didn’t cause the long delay before the next Northeast Regional and it was late night, I felt that I should not have to pay for a ticket upgrade to get the next train to Baltimore.

To my good fortune an Amtrak agent, Ricarda Burrell, jumped through hoops to get me on the next Acela train. I made it to Baltimore on-time for a hot slice of Mother’s sweet potato pie.

Nevertheless, my experience illustrates that Acela & Northeast Regional service fall well short of world-class High Speed Rail. How could that be in the wealthiest country on Earth? That experience prodded the travel publisher and transportation analyst in me to discover why. 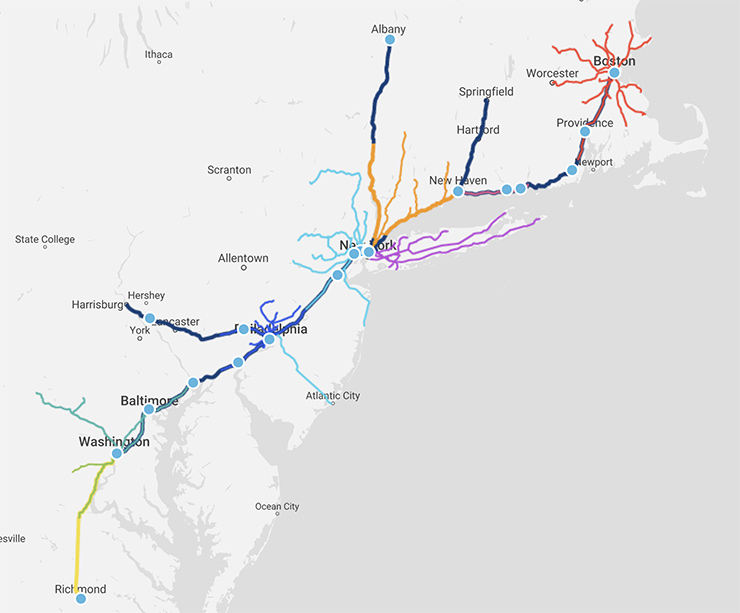 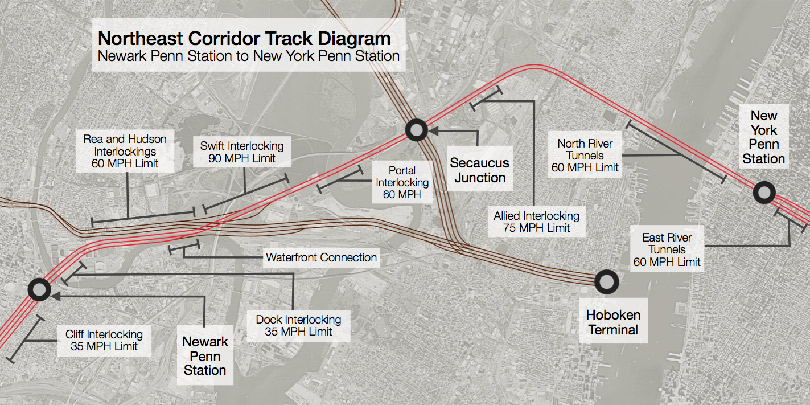 The second worst Slow Zone is where American railway began. In the 1828, privately-owned railroad opened in Baltimore region, then spread across the country. Their 30-50 mph train service was considered fast until about 1900. A legacy of Baltimore railroad is that a curvy tunnel opened in 1873, is still used by Amtrak, commuter and freight trains. That ancient tunnel forces trains to exit & enter the west side of Baltimore Penn Station at 30 mph for several miles.

Another Slow Zone approaching Baltimore is 2-track Susquehanna River Bridge opened in 1906. Though that bridge has been modestly upgraded, it causes 4-to-2 track constriction and is not designed for 185-200 mph speeds, like those for French HSR. 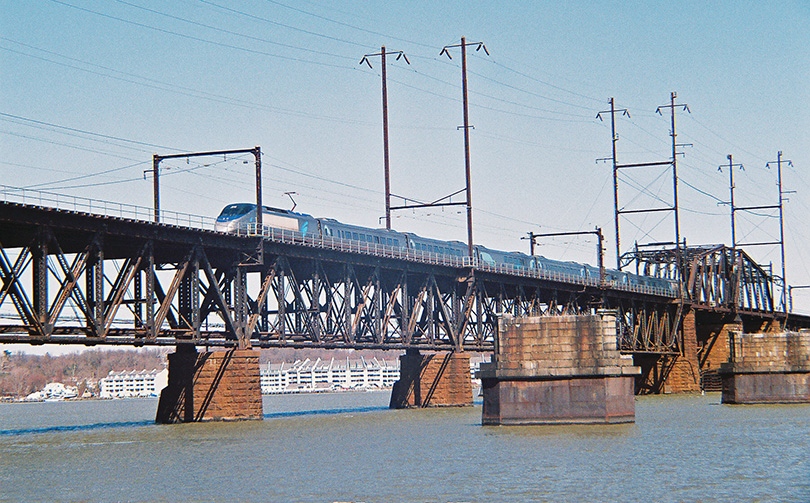 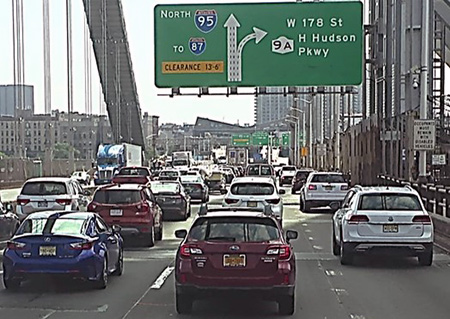 In 1975, one could drive between Washington and NYC via I-95 Freeway and I-295 Tollway with two tollway stops, yet average 67 mph. By 1993, population growth and more toll stations increased I-95 Freeway and I-295 Tollway congestion. Average speed slowed to 60 mph, or worse when accidents occurred. The picnic driving in Northeast Corridor was over.

President Clinton’s U.S. Department of Transportation (USDOT) and state governments wanted Northeast Corridor HSR as an alternative to highways and airports. Infrastructure in 274-mile Paris-Lyon HSR corridor cost $6 billion to begin construction in 1973 and open in 1981. That $6 billion inflation-adjusts to $19.5 billion beginning 1993. It was a good indicator that, if America wanted world-class HSR, it would not be cheap.

New bridges and tunnels take 8-12 years from start to finish. Therefore, 457-mile Boston-NYC-Washington corridor could be modernized with 165 mph Top Speed in a half its route by 2005. Far more travelers and commuters would mode-shift to trains in the corridor.

The powerful airline and highway lobbies feared a challenge from HSR. The highway lobby didn’t care for enhanced commuter rail either. They influenced Congress to kneecap federal funding before using electric transportation to fight Global Warming became a thing. Congress approved only $2.3 billion economic stimulus funds for Clinton’s USDOT to invest in Northeast Corridor HSR. Over his 8-year term, Congress only added $2 billion of standard USDOT funding for the HSR project and another $1 billion in studies for a competing Magnetic Levitation (“MagLev”) train project.

In contrast, Northeast Corridor HSR travelers could buy tickets online and arrive 10-15 minutes before their scheduled train and breeze through security. Northeast Corridor station platforms are level with cabin floors and Amtrak trains have 2 doors per cabin, enabling riders to swiftly board/unboard. Since Amtrak went CBD-to-CBD, travelers had four good options upon arrival:

Washington-Boston, NYC-Washington, NYC-Boston, Philadelphia-Boston, Philadelphia-Providence, Washington-New Haven, Baltimore-New Haven, Washington-Providence and Baltimore-Boston flights only have 10-30 minutes of cruising altitude when you can open a laptop for work or entertainment. In contrast, all Amtrak ride time is available for work or entertainment. By visiting a Cafe Car and restroom at your leisure and no turbulence, trains have comfort advantage over air travel.

Northeast Regional offers fares competitive with most Coach Class airfares, but takes 15-70 minutes longer in the corridor due to more stops.

Obama only approved $13.5 billion of economic stimulus funds for Amtrak-HSR and his USDOT thinly spread it across many states. Obama didn’t mind that thin-bread because he believed that in 2011, he would get bi-partisan Congressional approval to fund $55 billion/6 years in HSR projects along with more funding for Highways and Rapid Transit. Unfortunately by then, Republican-controlled House of Representatives would not vote to increase Amtrak-HSR or Rapid Transit funding. Consequently, Northeast Corridor HSR achievements during the Obama Administration were limited to: 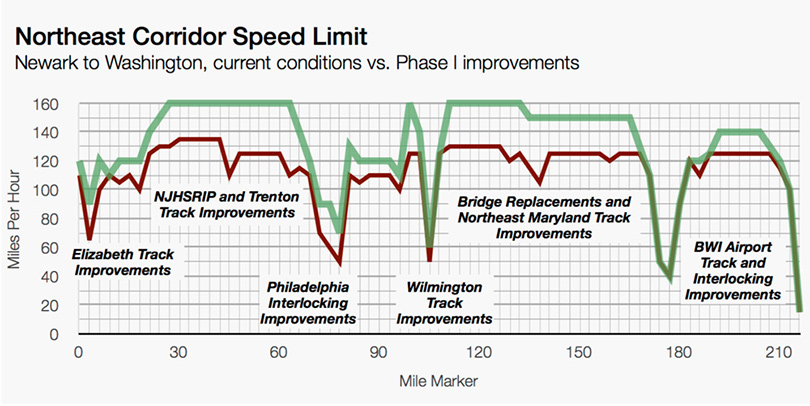 By early 2020, Amtrak was handling 5% of passenger traffic in the Northeast Corridor, and transporting more travelers in the corridor than airlines. Northeast Corridor HSR success was finally leading Amtrak to profitability. Then Pandemic Shutdown butchered ridership and slowed project construction for 19 months.

Countering a little of that bad news, the grand New York Penn Station-Moynahan Hall opened. When things return to normal, its expected to handle 650,000 daily riders with amenities comparable to the grand train stations in Europe.

The U.S. House of Representatives wants to replicate Interstate High Speed Rail benefits across America. As much as I like it, I don’t think enough Congresspersons and President Biden would pass it.

But if Congress and President Biden authorize $140 billion/6 years starting in 2021, Northeast Corridor will reach 140-160 mph over 250 miles, 2 hour 29 minutes Acela service between NYC and Washington and 3 hours 10 minutesBoston-NYC Acela service by 2030. 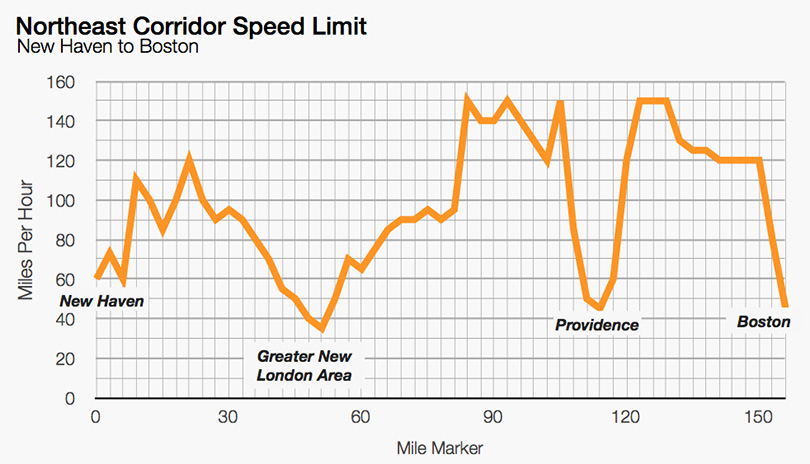 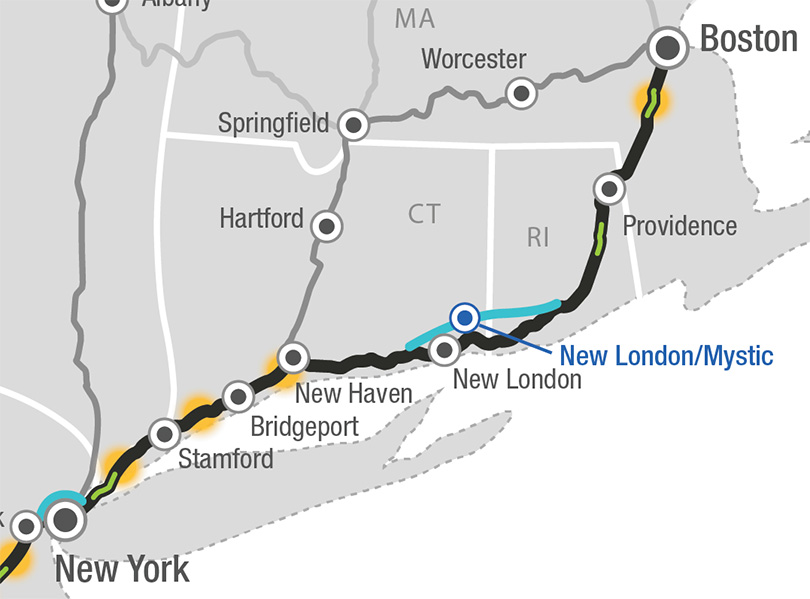 The exciting possibility is Old Saybrook-New London-Kingston segment can reach 220 mph by implementing a $64-66 billion Amtrak NEC Bypass Alternative 1. Bypassing 50 miles of coastal curves, its the light blue line on the CTMirror’s map of Boston-Providence-New London-New Haven-Stamford-NYC railway. This CTMirror article also summarizes $131-$136 billion Amtrak NEC Bypass Alternative 2 that departs Providence through upstate Connecticut to Hartford, then down to New Haven for existing route to NYC.

In contrast, Amtrak NEC Bypass Alternatives 2 would skip from Kingston to Hartford, eliminating Acela service in southeastern Connecticut. That’s not popular either.

For the most part, protestors want to maintain Amtrak coastal service. Protesters enlisted support from the Connecticut governor, Congressmen and coastal mayors to prevent an in-land bypass. Unfortunately, their political muscle has short term viability.

In 2012, Superstorm Sandy proved that coastal threat by temporarily raising sea level 10 feet in lower Manhattan. As the nation’s financial hub and densest property location, NYC Metro Area will attract the largest share of federal funds towards $100 billion in seawall and infrastructure hardening to protect against sea level rise and storm surge. Many other large coastal American cities will receive billions in federal funds for seawall and infrastructure hardening too.

As the Hurricane Irene video above proves, southeastern Connecticut is subject to storm surge. In the coming years, storm surge will go higher. Competing for federal funds against the large coastal cities of America, the small towns of southeastern Connecticut stand less chance obtaining enough money for a lengthy seawall. It will be impossible to get flood insurance on coastal property. More property owners will likely relocate in-land over the next 20 years.

If Bypass Alternative 1 starts construction by 2030, Acela can meet these performance metrics and harden against sea level rise by 2040:

There’s more progress coming to the Northeast. Amtrak, Connecticut and Massachusetts are upgrading New Haven-Hartford-Springfield corridor. Amtrak and Pennsylvania are upgrading Philadelphia-Harrisburg-Pittsburgh corridor. Both corridors splinter from the the Northeast Corridor and will receive USDOT grants the same time as Northeast Corridor. If those two corridors build enough over/underpasses, tunnels and viaducts by 2035, Avelia Liberty tilt-trains should/can run 160 mph in them.

That combination of upgraded Amtrak HSR and Regional Rail will be a Northeast lifestyle game-changer, particularly for students traveling between college, home, job interviews and entertainment venues. Maybe your kids will use Amtrak and regional rail to chop it up with college friends at New York Penn Station, Philadelphia 30th Street Station or Washington Union Station too.