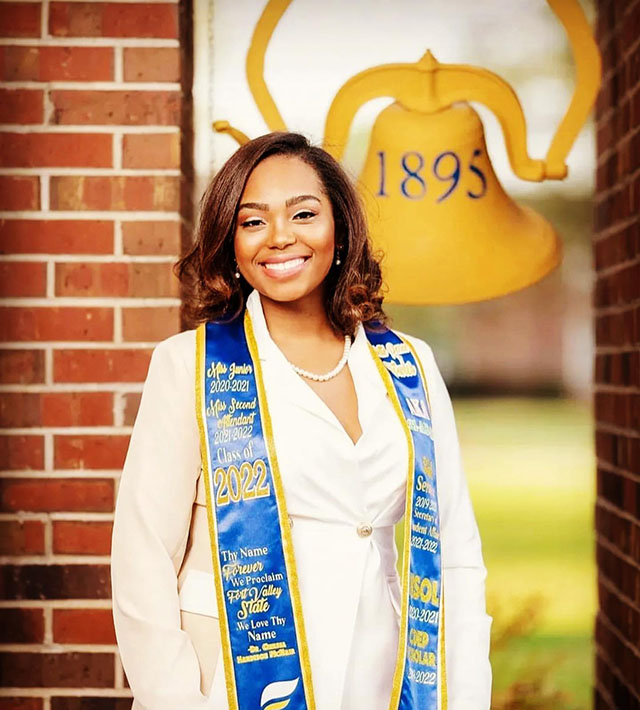 Established in mid-state Georgia in 1895, Fort Valley State University was founded by leading white and Black citizens. Several years later, Anna Jeanes donated money for the erection of Jeanes Hall. Christian roots for the church were established in 1919 when the institution became affiliated with the American Church Institute of the Protestant Episcopal Church.

The college enjoyed a tremendous growth spurt in the 1920s as the Carnegie Foundation and private citizens provided funds for the erection of the Carnegie Library, Peabody Trades Building, Academic Building, and Ohio Hall. Despite the Depression, Patton Home Economics Building was erected in 1937 along with a few more buildings in the 1940s, such as Davison Hall.

In 1949 it was designated a land grant for Negroes by the Georgia Legislature.

Fort Valley State College established a sports name for itself in 1951 when Catherine Hardy, an outstanding track star, established a new world record for the women’s 50-yard dash and participated in the 1952 Olympic Games in Helsinki, Finland. A football stadium was constructed in 1957.

Hunt Memorial Library was dedicated in 1952 and in 1953, the Home Management House for Home Economics, General Purpose Barn, Farm Equipment Shed, and Deep Well for the Division of Agriculture were made available just before the Tabor Agriculture Building opened in 1954.

The College received full membership in the Southern Association of Colleges and Schools and was among the first Negro colleges to be admitted.

In 1995, the Computer Technology Mathematics Building was opened for occupancy on August 18. Furthermore, the school was changed from a Level III to a Level IV School by the Southern Association of Colleges and Schools (SACS).

Since 1959, Fort Valley State University has enjoyed a notable succession of presidents who expanded curricula and enhanced the status of the institution. Dr. W.W.E. Blanchet and Dr. C.W. Pettigrew were appointed fourth President.

In 1983, Dr. Luther Burse was appointed fifth President. In 1990, Dr. Oscar L. Prater was appointed sixth President and a number of buildings were dedicated to enhancing the 21st-century student experience. They have overseen many building additions to the campus.