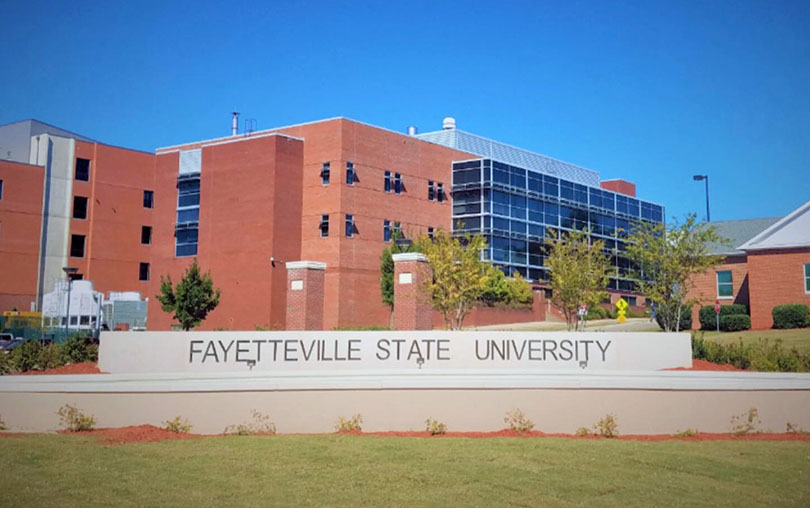 During Dr. Smith’s tenure, the institution moved to its permanent site on Murchison Road in 1907. Later, Dr. Smith and his wife deeded more land to the institution, enabling it to grow to 92 acres and several more buildings. Aycock Building, the first brick building on campus, was built in 1908.

In 1933, the institution became a four-year college, renamed Fayetteville State Teachers College in 1939.

In 1959, the curriculum expanded to include degrees outside the teaching field. In 1963 the name was changed to Fayetteville State College.

The university continued its upward spiral in the 1980s, as it was designated a Comprehensive Level I institution offering a variety of baccalaureate and master’s degree programs.

Baccalaureate programs feature 60+ degrees in the College of Humanities & Social Sciences, College of Business & Economics, College of Education, College of Health, Science and Technology, and the Center for Defense & Homeland Security.

In 1995, major campus improvements began, such as the expansion of the Rudolph Jones Student Center and later a new Fine Arts and Classroom Building. Several residence halls have been built or upgraded.

The school also responds to the diverse educational needs of servicemen and women at nearby Fort Bragg, continuing education, and evening education students.

The FSU Broncos host a large slate of athletics and intramural sports. The bulk of student activities revolves in or around the Rudolph Jones Student Center and Office of Student Activities. FSU provides students with significant broadcast communications career opportunities via its 98.5 FM WFSB student radio. Student leadership opportunities abound in: