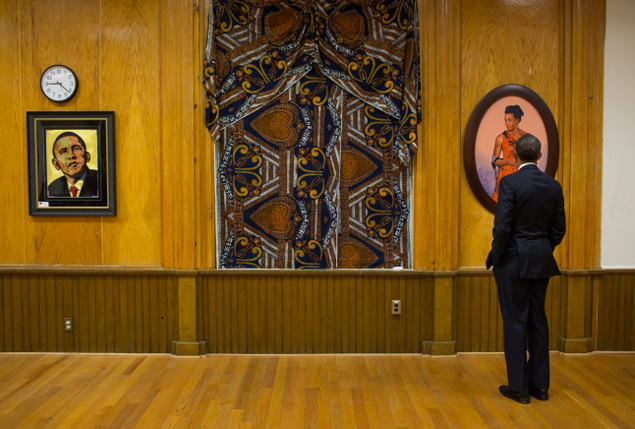 In 1790, US Congress authorized the creation of a permanent Federal City on no more than 10 square miles of land that could be designated federal territory. It was first called the Territory of Columbia. Newly elected president, George Washington was permitted the honor of selecting the site. In a new nation establishing its identity, Washington and his influential peers envisioned a grand capital to someday rival other great capitals of the world. Such a capital required that a substantial proportion of the city be built from scratch. The politically savvy President George Washington selected a lightly inhabited location of rolling hills, farmland and swampland along both sides of the Potomac River. The area would include the small, but established cities of Georgetown, Maryland (est. 1751) on the north and Alexandria, Virginia (est. 1749) on the south.

Virginia, home state to Washington and Jefferson, was considered the unofficial capital of the South, while Maryland at the time, was considered a northern border state with southern leanings. Georgetown, which began as a tobacco port and Alexandria, both had slaves and free persons of color.

A Marylander, Andrew Ellicott was hired to survey the land. French military engineer Pierre L’Enfant, who served in America’s Continental Army, was hired to landscape design the Territory of Columbia. L’Enfant drew inspiration for his grand design from the boulevards and monuments of Paris and palace of Versailles. Swampland in the territory was partially to blame for slow work progress and increasing costs. Congress, dissatisfied at the pace of L’Enfant’s work, some of his landscaping choices, and the size of his architectural fee, dismissed him in 1792. In a fit, L’Enfant took his grand landscape plan before it could be publicly documented.

Fortunately, Ellicott’s life-long friend Benjamin Banneker was previously introduced to and won L’Enfant’s confidence to assist him on the job. Mr. Banneker, a brilliant African American astronomer, author, inventor and mathematician, completed the L’Enfant landscape design from memory after L’Enfant exited. Empowered with national visibility, Banneker also corresponded with Thomas Jefferson regarding the mental faculties of African Americans and Banneker’s opposition to slavery. Due to budget limitations and variable economic conditions over time, the L’Enfant design reconstructed by Banneker was substantially, but not fully implemented. In 1800 the federal government moved to DC, even though the White House and Capital were unfinished. In 1801 the city was renamed District of Columbia. In 1802 the city was incorporated with elected officials and a mayor appointed by the President.

In 1807 African Americans built their first school. In 1814 they built their first Black church. Building progress was set back during to the second British-American War, which began in 1812. Although the White House (then called Executive Mansion) and Library of Congress were burned during the war, in 1815 the city acknowledged the contributions of free African Americans who dug trenches in defense of the District of Columbia. Notably for all DC residents in 1820, Congress allowed them to vote for their own mayor and city council, but their representatives had extremely limited power. Despite their contributions in defense of America and rights as taxpaying citizens, everyday life for free persons of color was still a hardship. The long shadow of slavery made it so.

Slavery was a commonplace, but the sense of united struggle for human rights at the seat of political power had a pheromone-like attraction to African Americans. Increases in free Black population and the abolitionist movement made many European Americans uneasy and embittered. In 1835 and 1836, European Americans rioted against free African Americans in Georgetown. These events, along with the continuation of slavery, set the stage for years of tenuous racial relations in the nation’s capital. An indicator of the economic, social and political power of slaveholders and their sympathizers is that the US Capitol, White House and many monuments were built with substantial slave labor.

Although roughly half of the L’Enfant capital plan had taken shape, all federal structures were built on the Maryland side. So by 1846, Virginia residents petitioned Congress to return their District of Columbia land. Congress agreed–awarding the cities of Arlington and Alexandria with their independence again and shrinking DC land size by one-third. Some open land along the Arlington waterfront was preserved. In 1855 the first Smithsonian Museum, the Castle building, completed.

Between Reconstruction (1865-1877) and World War I, African Americans throughout the South were drawn to DC, in spite of its dual personality. On the positive side, DC was a midpoint between the North and South. It had a vibrant intellectual scene, as personified by the founding of Howard University in 1867. In 1868, Sayles Jenks Bowen was elected the first Black mayor of DC. On the negative side, Congress established a law to pick the ruling body for DC in 1871. This law meant taxation without choice of governance representation, under the guise that the capital should not be subject to local politics. This undemocratic law lies at the core of the city’s budget problems today.

Despite many political and legal setbacks to Civil Rights, by 1910 over 100,000 African Americans lived here; many were the nations Black elite who wielded legal, religious, educational, business and social influence. In the 1920s-1930s Black self-help organizations, banks, newspapers, and artists emerged along U Street. The city supported three Black newspapers, with the Afro-American surviving to this day. A race riot broke out in 1919, partly due to European American soldiers returning home unemployed. DC would remain a southern city at the forefront of the Civil Rights Movement from 1920-1960s.

By 1961 Washington DC’s black population reached over 400,000, a clear majority. By the 1970s, Parliament-Funkadelic immortalized this milestone in song by calling DC, “Chocolate City.” In the 1970s, the 23rd Amendment was ratified, thereby returning the right to vote in presidential elections to city residents. In 2016, Congress still does not permit DC’s U.S. Representative a vote in Congress.