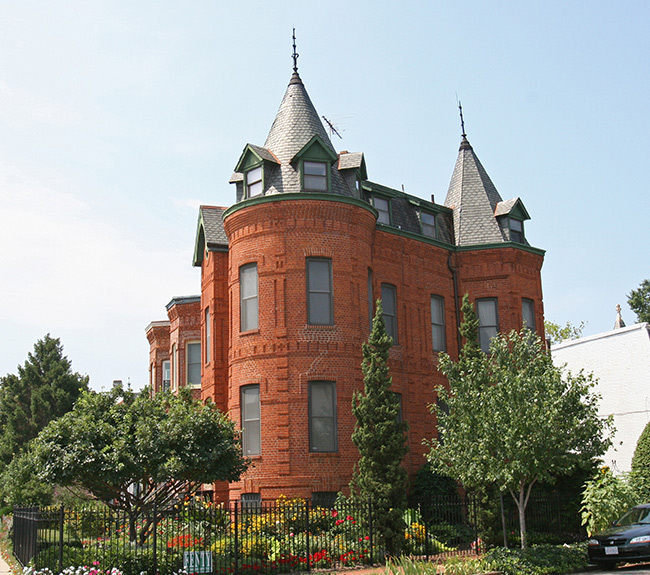 Prior to the Civil War, U Street-Shaw District consisted of only trees. It evolved into military camps during wartime for former slaves escaping from the South. One of these camps developed into a neighborhood named in honor of Colonel Robert Gould Shaw, the white officer who led the black Massachusetts 54th Regiment in the Civil War. In a protected environment, U Street-Shaw District emerged into a strong African American community that nurtured many great artistic talents more than twenty years before the Harlem Renaissance. A walk down U Street in the Shaw District provides an inviting illustration of Black cultural history that is still evident today. Its buildings have become widely known landmarks and its people, past and present provide physical representations of the community’s great achievements.

Duke Ellington, renowned jazz artist, was born in the Shaw district in 1899. The piano lessons in his early years eventually lead to formation of his own band in his late teens. A visitor to Washington should consider taking a walking tour of “Duke Ellington’s DC: A Tour of the Shaw Neighborhood. The tour portrays the life of the celebrated jazz artist, but also includes the lives of other famous black Americans from the area.

Decades before Harlem’s Apollo Theater hosted black entertainers, Howard’s Theater stage was home to the best performers in vaudeville and early 20th century jazz. In the 1920s-50s, the area was filled with nightclubs, theaters, and places with names like the Cimarron Club, Club Bengasi, The Green Parrot, Club Bali, The Crystal Caverns, Republic Gardens and the Lincoln Colonnade. The hottest music and latest dance crazes in black entertainment thrived on U Street and led Pearl Bailey to bestow the nickname, “The Black Broadway” upon U Street. Others called it the “Colored Man’s Connecticut Avenue.” White patrons visited to many of the best entertainers in the country.

But our country could not sustain one Black and one White America. From 1954-68, the Civil Rights Movement was like running water over a rock, gradually eroding legal segregation and discrimination so Black folks could gradually live, work, shop and dine in new places in the area. U Street-Shaw District glory slowly deteriorated as shopping malls and freeways enticed people to the outskirts of town. If that pace continued, the rebound of U Street would likely have happened in the 1970s, as it did for Georgetown and Adams-Morgan. But the gradual demographic shift quickly transformed into a rousing exodus in April 1968, days after the assassination of Dr. Martin Luther King, Jr.

Businesses in the Black districts of DC were looted and burned. Fires knew no boundaries and many black-owned businesses were burned as well. The three national TV networks broadcast the same disturbing images to tens of millions of Americans on the national news. Predictably, most surviving businesses shuttered, a notable exception being Ben’s Chili Bowl. In those fallow years between 1968 to 1990, despair and drugs were the order of the day. You could often double-park on U Street.

By about 1990, the shining Black Knight most credited for saving U Street-Shaw District was at work. Mayor Marion Berry, despite his embarrassing fall from grace into drugs, is deservedly loved for opening a government office building that returned hundreds of jobs and hope to the area. He also channeled redevelopment funds to the area and ensured that it would receive Metro subway stations. He was the biggest catalyst to rebirth.

Restorations of the Lincoln Theater, Dunbar Hotel, Whitelaw Hotel, 12th Street YMCA, and True Reformers Hall quickly followed by charitable organizations and developers. Restaurants and nightclubs reopened and many homes in the community were restored. African American Civil War Memorial anchors Shaw District at the 10th and U Streets Metro Station. Two blocks away on U Street, African American Civil War Museum gives you the real backstory on our Colored Troops who helped win our freedoms today. Heritage trail signs along U Street remind every visitor of the diverse range of businesses and activities of Shaw District’s Chitlin’ Circuit roots.

Lincoln Theatre has a new marquee and lots of polish. Dunbar Hotel from the segregation era has been adaptively restored. Cafés, bistros, boutiques, galleries, and social centers abound. Only the Howard Theatre stands out as a sore thumb in need of renewal and celebration of its past. Today, U Street-Shaw District rivals Adams-Morgan District as DC’s boutique hot spot.