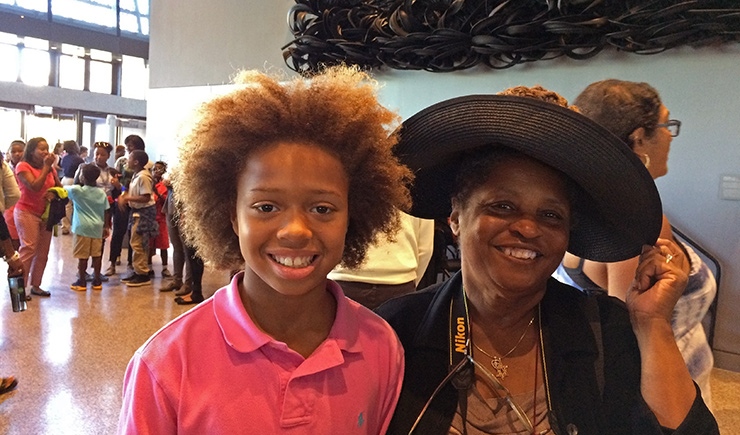 A National Museum of African American History & Culture Opening Day story whose authentic similarity will speak to many parents and grandparents today and for generations to come.

Churchwomen from Alabama, in wheelchairs, stare at the glassed exhibit of shackles with tears in their eyes. A mother pushes a stroller through the crowd to give her toddler a better look at the Tuskegee Airmen red-tailed plane. Folks on cell phones try to direct members of their party to where they are: “I’m down in the Civil Rights place, over by the Rosa Parks dress. Look for her yellow dress.” 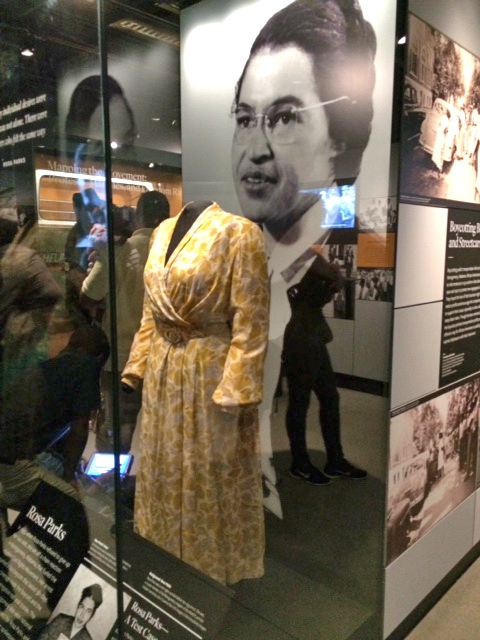 These were some of the sights at the opening of the National Museum of African American History and Culture (NMAAHC) in Washington DC held over a weekend on September 24-25, 2016. As a 69-year-old Charter Member of the museum, I am attending the opening with my family – including my 11-year-old cousin, Jordan. I am moved not only by the poignancy of the museum, but also by Real People getting their first chance to see what all the fuss has been about.

Members of a Jack and Jill Chapter from New Jersey start their tour on the 4th floor Sports section and stop for selfies next to the silver statue of the Williams Sisters and under the portrait of Muhammad Ali.

A tween with perfectly coiffed braids uses her iPad mini in the History Gallery to photograph a map showing the paths taken by slave ships. At “The Making Something Out of Nothing” exhibit, a father shows his sons an artifact their family donated to the museum. Red Hat Ladies from Fort Washington, Maryland, get ready to enter the “Culture Galleries” in search of Chuck Berry’s bright red Cadillac.

Washingtonians, born and bred in the District of Columbia who have never before set foot on The National Mall of America, not even for President Obama’s inaugurations, or to visit the MLK monument, or to visit Howard University, stand patiently in line for their turn to walk pass the glassed casket of Emmitt Till.

At one point, I take a seat on the wooden bench in the Contemplative Court, to await the rest of my group. The soothing waters falling like rain from the ceiling nearby offer a few minutes of solace to take it all in. And when Jordan, finally rejoins me, he says, “Nana Scottie, this place is humongous! Even though it is sad, the bad and gruesome times they went through, I enjoyed learning about my culture and my ancestors, and I really enjoyed the sports exhibits.” Real People.

And that’s the point. NMAAHC will become the iconic symbol for the authentic African-American story in America because it’s about real people and what they’ve lived through, overcome and achieved. It represents the Real Black His or Her story.

From this point forward, when thinking of a summer outing with the family, school field trips, fulfilling the bucket lists, family reunions, or a destination wedding, the NMAAHC should top the list of where to go. It will not disappoint and should be repeated often with each generation of your family. Actually, it will have to be repeated because there is no way to see it all in one visit. To casually examine each exhibit and have lunch here takes three days. Wear comfortable shoes! 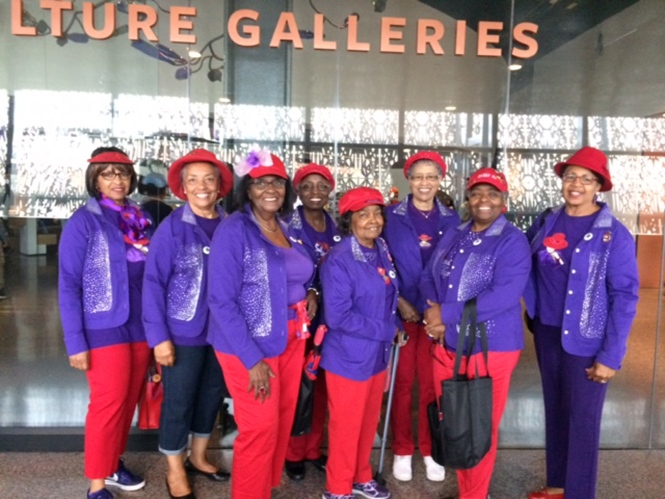 For details about the museum, see National Museum of African American History & Culture.