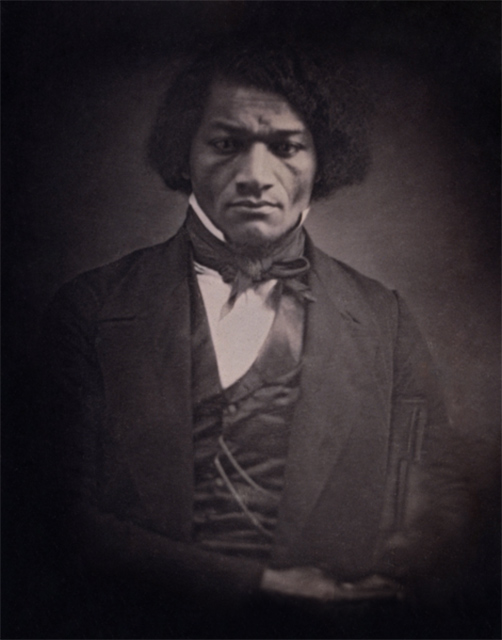 One writer describes early District of Columbia as a “slave emporium”. Simultaneously, DC was a center of abolitionist activity led by free persons of color. The contest between these factions rendered a dual personality for the city from 1790 until Emancipation, followed by a hotbed of Civil Rights activity.

In the late 1850s, Frederick Douglass was an abolitionist of national stature. Due to fugitive slave status however, his movements into Washington were restricted until the end of the Civil War. Less iconic figures had to carry the mantle of freeing enslaved people in DC. Conductors like Anthony Bowen, an educator and former slave, made DC a busy stop on the Underground Railroad. The Abolitionist Movement, though spirited, had slow moving impact because it attacked the largest source of economic exploitation in a capitalist society. Even though most were bible-reading Christians, few slaveholders would give up “free” labor that created wealth for their families. It took years of Abolitionists lobbying Congress before 1850, when Congress abolished open slave trading in Washington, DC. Unfortunately, the law did nothing for people already enslaved.

With the Civil War beginning in 1861, a new dynamic entered into the slavery institution. A majority of young southern white males had to leave plantations and farms to serve the Union or Confederacy. In DC and Maryland, this was a particularly tough choice given Maryland’s northern leaning border status and President Lincoln representing the Union, thereby making DC a de facto northern outpost in the South. With Union soldiers guarding the Capitol, some of whom were colored, Congress was emboldened to abolish ALL slavery in DC in April 1862. That’s one year before Lincoln’s Emancipation Proclamation. Ironically, there are reports of slave laborers hoisting the Statue of Freedom on top of the Capitol. But the good news is that, with fewer overseers around, more people from the South escaped slavery. In 1863, nearly 300 enslaved people escaped from Fredericksburg, Virginia to establish Shiloh Baptist Church in DC.

Despite the End of Reconstruction in 1877 and the Plessy vs. Ferguson Supreme Court Decision in 1896, Washington, DC became one of the most progressive cities in the nation. With new human rights, African Americans formed one of the largest and prosperous communities in the nation from 1865 to 1920s.

While establishing the National Council of Negro Women in 1935, Mary McLeod Bethune became a frequent White House guest and friend of First Lady Eleanor Roosevelt. In 1939, when the Daughters of the American Revolution denied Marian Anderson the right to sing in Constitution Hall, Bethune used her suasion with Eleanor Roosevelt to arrange for Anderson to sing at the Lincoln Memorial. In a triumphant moment in American history, 75,000 people attended, more than quintuple the seating capacity at Constitution Hall.

In 1941, A. Phillip Randolph planned The first March on Washington.  This march for access to Defense jobs was called off, partly to prevent being labeled “unpatriotic”, as Europe began sucking America into World War II. In lieu of the march, the prevailing reasoning was that African American soldiers fighting for victory abroad would better justify leverage demands for broader Civil Rights at home.

President Lyndon Johnson’s Great Society Programs meant well. By leveraging the halo effect of JFK’s assassination on 22 November 1963, Johnson spearheaded most civil rights legislation passed from 1964-68. For a time, there was a revolving door of Black leaders doing photo ops with the President signing each piece of social legislation. Johnson should not however be viewed in heroic terms because he did authorize or permit the COINTELPRO program against prominent Black leaders, including Dr. King. He also underestimated or fooled by the hungry dragon in Southeast Asia. The Vietnam War sucked away money that would have funded better education, public works and made more capital available to capital markets for business investment.

In hindsight when one listens to the President Johnson Oval Office tapes, its clear that he didn’t know who to trust in the Pentagon since they claimed victory was just around the corner … just sign off on this budget increase year after year. Meanwhile resentment in Black communities, hardest hit by unfunded Great Society Programs, police brutality, and “last-hired, first-fired” practices stored up like a powder keg.

Dr. King’s assassination on 4 April 1968 lit the fuse. Bad elements in Black communities exploited the anger, exploding into a three-day riot that caused $27 million (a lot for that time) in property damage, 12 deaths, and 7,600 arrests. It was one of the worst outbreaks in the nation — not surprising given DC was a microcosm of the nation. No one thought about the stupidity of burning down Black-friendly businesses next to Black-owned businesses in Black communities. Given Black leaders had seen the devastation of Watts riots in 1965 and Detroit riots in 1967 and Muhammad Ali refusing to join the military in 1967, they missed a unique opportunity to reshape the political, economic, military and social dialogue of America in positive ways.

America has changed a lot in the last four decades and Washington, DC has grown in stature by leaps and bounds. The metro area is now woven together with one of the nation’s best rail transit systems and the DC Convention Center is as functional as it is spectacular. Major league baseball has returned to the Capitol. New museums and monuments on the Mall signal that our nation is finally recognizing that all walks of life made America great, even at her worst. The Federal District, Downtown, Southwest, U Street-Shaw District, Georgetown, Foggy Bottom and East Capitol Districts have never looked better from a tourist – residential and retail construction are booming.