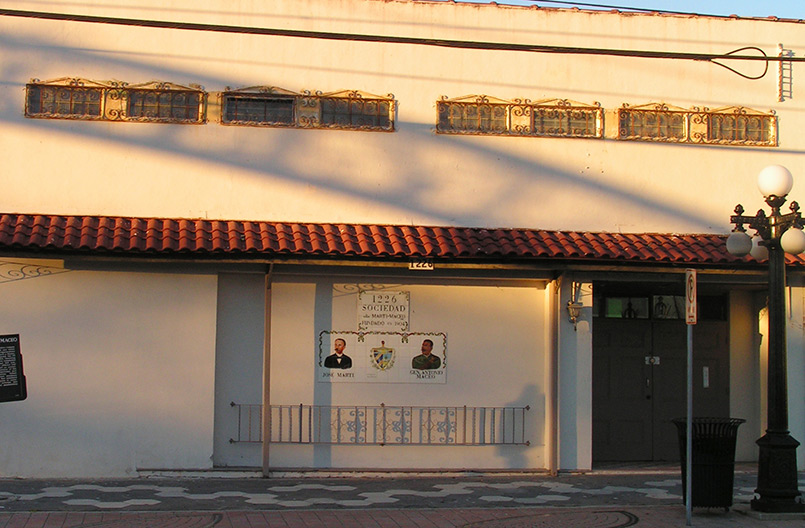 Settlement in Tampa began with an Indian fishing village well before Europeans arrived. Native Americans called the village by the bay “Tanpa,” which means “sticks of fire.” On maps made by European explorers, the spelling became “Tampa.”

In 1521, Ponce de Leon searched for the fountain of youth just south of Tampa Bay. In the spring of 1539 Hernando de Soto sailed into the Tampa Bay to search for gold. Unsuccessful in both European explorations the area remained undeveloped for hundreds of years afterwards.

The United States purchased Florida from Spain in 1821. Tampa was founded in 1855. It was nicknamed “The Big Guava” by an early Tampa pioneer who tried unsuccessfully to cultivate guavas. The 1880 U.S. Census indicates it to have been a small town of only 700 citizens. Then Henry B. Plant extended the railroad to Tampa in 1884 and started a steamship line from Tampa to Key West to Havana triggering a population boom. Don Vicente Martinez Ybor, an influential cigar manufacturer and Cuban exile, moved his cigar business from Key West to a palmetto-covered area east of Tampa in 1885. The following year, his first Tampa cigar factory opened.

Then lemming-like, more cigar manufacturers moved their factories to Tampa. Spanish, Italian, German, Afro-Cuban and Spanish Cuban workers settled here to work in the cigar industry which created a strong Latin community known as Ybor City. Nearly 12,000 people worked in more than 200 factories making Ybor City the “Cigar Capital of the World.” In 1891, Plant further boosted the area with the opening of the Tampa Bay Hotel. The building, with its distinctive Moorish architecture, still stands with six silver onion-shaped minarets that are a Tampa landmark. No longer a sleepy town by 1900, Tampa increased to 16,000 residents; nearly 28% were African Americans.

When the United States declared war on Spain in 1898, Tampa was the port of embarkation for troops headed to Cuba. Teddy Roosevelt organized his “Rough Riders” at the Tampa encampment. African Americans were among the battalion of Rough Riders.

Unfortunately, the law served Afro-Cubans and African Americans differently than the other groups. Afro-Cubans were excluded from Cuban mutual aid societies when a Florida law passed in 1904. There were no black policemen. When people of African descent sought legal grievances against people of European descent, incredibly they always lost.

When there were violent offences among people of color, the law either did nothing or only gave a slap on the wrist. For example, one man found guilty for killing a fellow Black man was fined only $5. Many similar cases were dismissed entirely. The police permitted prostitution in Black neighborhoods but not in white neighborhoods. Thus, sanctioned lawlessness was conditioned among Tampa’s dark-hued citizens.

Author Jeffery S Adler reports in his historical essay Black Violence in Late Ninetheenth Century Tampa that the media fanned fears of the “Black Brute”, thereby ensuring an overreaction to interracial conflict and selling more papers. Second the criminal justice system distorted Black social life by not upholding their duty to all citizens fairly and without regard to race.

Black citizens did not watch these transgressions idly. In 1908, they constructed the La Union Marti-Maceo Building as their social club in Ybor City. Early in the 20th century the Tampa Urban League was founded to help African Americans better their station in life and to provide positive voices to the media. Later Tampa, played an active but lower key role in the Civil Rights Movement.