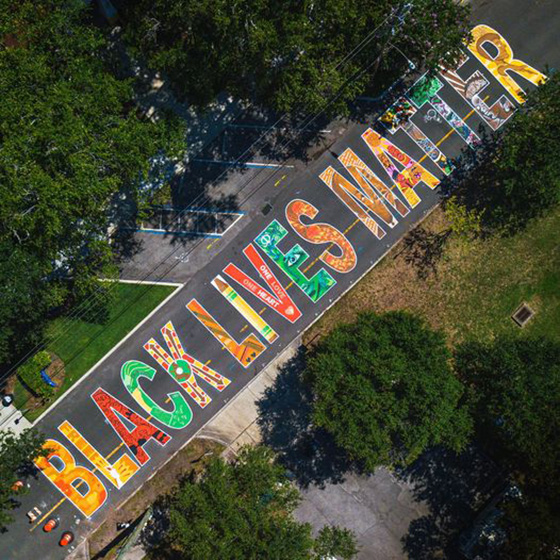 Like Tampa, settlement in St. Petersburg began with an Indian fishing village well before Europeans arrived. Being closer to the gulf however, fishing played a larger part in their daily life. In 1521, Ponce de Leon searched for the fountain of youth just south of Tampa Bay. In 1539, Hernando de Soto sailed into the Tampa Bay to search for gold. Unsuccessful in both European explorations, the region remained undeveloped for hundreds of years.

The United States purchased Florida from Spain in 1821, but St. Petersburg settlement remained sparse until the city was founded in 1888 by John C. Williams, who purchased the land, and by Peter Demens who brought railroad to it. A coin toss bet was held between Williams and Demens to name the new community. Demens won the bet and named the land after Saint Petersburg in Russia. St. Petersburg was incorporated as a city in 1903. The first trolley service began in 1904. Like the rest of the South, racial injustice permeated the city and African Americans could only work toughest jobs no one else wanted or servant jobs.

Soon afterwards, the downtown waterfront required a deeper shipping channel by 1908 for larger cargo ships. By 1910, the city’s population had quadrupled to a population of 4,127 citizens. In 1914, Tampa and St. Petersburg started hosting baseball teams when the former mayor of St. Petersburg, Al Lang, invited the St. Louis Browns to move their spring training to the city. Today, a baseball stadium near the waterfront is named in his honor.

Also in 1914, an airplane service across the bay from St. Petersburg to Tampa and back was initiated. Aviation historians generally consider it the first scheduled commercial airline flight. That first flight took mayor Abe Pheil to Tampa. The company name was St. Petersburg-Tampa Airboat Line and the pilot was Tony Jannus flying a Benoist XIV flying boat. The Tony Jannus Award is presented annually for outstanding achievement in the airline industry.

The 1920s in St. Petersburg brought tourism growth by automobile, yacht and railroad. Travel time from across Tampa Bay was cut due to the Gandy Bridge opening in 1924. Since flying was more expensive, that bridge and growth of the automotive industry enabled St. Petersburg to become the largest city in Pinellas County. The city also adopted the Mediterranean-style architecture. In 1926, the Million Dollar Pier also attracted a great number of tourists and citizens to St. Petersburg.

Like everywhere else in the early 1930s, tourism suffered during the Great Depression. Later that decade, the Public Works Administration employed more men. By 1942, St. Petersburg population boomed due to World War II. It was a training area for the U.S. Coast Guard and the Army Air Force (both military branches where combined at the time). More than 100,000 troops occupied St. Petersburg hotels and reinvigorated the economy. After the war, most troops stationed in St. Petersburg returned as residents or tourists.

In 1950s St. Petersburg, blacks were prevented from using the city beach. The Fred Alsup filed suit vs. City of St. Petersburg to strike down the law. It went all the way to the U.S. Supreme Court, which refused to hear the city’s appeal and thus, upheld Black St. Petersburg residents’ rights to use the beach. In 1958, Mayor John D. Burroughs responded to the Supreme Court ruling, “I like the Negro. I like him in his place. I do not believe in integration.” There was an uneasy transition to beach access.

Racial progress has been made in St. Petersburg since the late the 1960s. As barriers removed, African Americans could also migrate to nearby Clearwater, Largo and other communities in the county. In the 1970s, Tampa-St. Petersburg metro area started developing a reputation as as Florida’s second big place to retire, primarily from World War II veterans who lived here during their military service and due to low housing prices.

St. Petersburg saw its share of racial flare-ups as late as the 1980s. But there’s a lot more good news to build upon since then. Crime reduced and tourism jobs increased in this tropical paradise. Like much of the new South, its a mix of good and bad people, but mostly good. The Bending Arc aerial artwork at St. Petersburg Pier only makes a partial attempt to address the beach discrimination times. Like the rest of America, interracial trust still has a ways to go. The Black Lives Matter movement has fertile ground here.