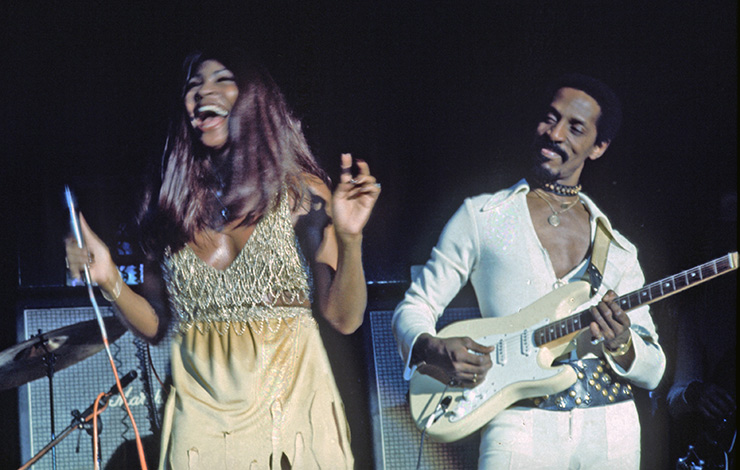 Bragging rights about who gave birth to the Blues and R&B has placed the city in a tug of war with Memphis, where W.C. Handy made his seminal contribution to the Blues. Most of the evidence favors Memphis in that battle. Yet there is little doubt that local communities such as LaCledes Landing, Soulard, Midtown, The Ville and East St. Louis cultivated the Blues offshoots of Boogie-Woogie, Stride Piano and Rhythm & Blues (R&B).

There are three catalysts for the birth of R&B in St. Louis.

First, with most doors of society still closed to them, a larger percentage of the most talented African Americans got in the music game. Second, St. Louis was the wealthiest city on the musical conveyor belt otherwise known as the Mississippi River. A such, it employed the most Black Jazz, Blues, Boogie Woogie an Stride Piano musicians in nightclubs during World War II. Third, the great Memphis musician W.C. Handy (1873-1958), who also worked in St. Louis nightclubs, reportedly stood on the banks of the Mississippi River and wrote a Blues legend, I Hate To See The Evenin’ Sun Go Down. Coupling crisp piano melodies of Jazz with the Blues, this reverie became St. Louis Blues — one of the world’s most recorded songs. Fourth, Ragtime made popular in St. Louis around 1900, evolved to Jazz by 1946, about the same time, a portion of Blues evolved to Boogie-Woogie and Jump Blues in St. Louis.

With so many black musicians traveling up and down the Mississippi River between St. Louis, Memphis, Natchez and New Orleans, there was plenty of cross-fertilization of music genres by the 1950s. One of the off-shoots was to evolve the Blues and Boogie-Woogie beyond simple guitar chords and growling vocals by adding more sophisticated lyrics, a wider range of vocal intonations, and instrumental enrichment. St. Louis nightclubs were also among the first to play Louis Jordan’s up-tempo Blues with danceable beat, called “Jump Blues” and eventually “R&B.” In the cauldron of St. Louis Blues, Jazz and R&B legends includes Bennie Smith, Willie Mae Ford Smith, Chuck Berry, Fontella Bass and Ike & Tina Turner co-mingled.

As late as 1952, R&B and Blues was considered Race Music to the white media. That meant it should not be sold in white record stores or played on white radio stations. Ike Turner‘s band mostly played Jump Blues/R&B in St. Louis. He could not get his idea for an R&B song recorded in St. Louis, so he went to a white record label, Sun Records of Memphis that would.

In fact, the first Rock n’ Roll record, Rocket 88, sung by Jackie Brenston with a lead guitar and produced by Ike Turner, is really an undercover R&B record. Sun Records did not put Jackie Brenston’s picture on the cover so they could merchandise in record stores with offerings from white recording artists. They also convinced white radio station DJs to play it.

When Alan Freed, a white radio DJ in Cleveland, heard that song, he promoted them to his predominantly white audience as “Rock n’ Roll”. Keep in mind that for many years earlier, “Rock n’ Roll” was a black slang term for sexual intercourse — a point that Alan Freed knew. Nevertheless, Sun Records and similar record labels quickly latched on to Freed’s marketing of term “Rock n’ Roll” term for that record and others to follow.

What businessman could blame them? R&B hits sold less than a hundred thousand. Rock n Roll hits sold hundreds of thousands to the white teens before their parents knew where Little Johnny and Susie were spending their allowance. Since their sound was perfected in St. Louis nightclubs, the city makes the strongest argument as “Birthplace of R&B.”

Unfortunately, America does not celebrate the birth of R&B like it celebrates the Blues and other music genres. Here are three reasons it should:

1. Like Jazz and Blues, R&B was born along the Mississippi River
2. R&B was developed and enjoyed buyback patrons long before white patrons first heard it as Rock n’ Roll in 1952
3. Prejudice prevented R&B records from being marketed and sold to all Americans while showcasing the original artists on record covers

As the years passed, Rock n’ Roll took on a white ethos as Rock Music. R&B, with a strong assist from Gospel artists and STAX, Motown, Chess and Atlantic record companies, evolved to Soul Music. Thus, R&B is seminal to nearly all Pop Music since World War II.