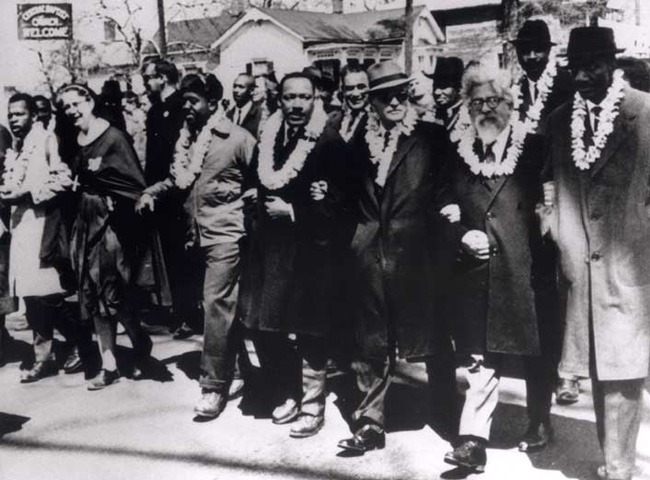 To highlight segregation practices that prevented African Americans from voting in the Deep South, on three separate occasions protesters attempted to march from Selma to Montgomery. On 7 March 1965, the first march set out from Brown Chapel A.M.E. Church toward Montgomery. When marchers reached the Edmund Pettus Bridge, they were brutally attacked by Alabama state troopers. That attack was seen on TV all over the world and the day became known as “Bloody Sunday.”

On 9 March 1965, Dr King, Rev. Abernathy and other activists were even more determined, but the second march to Montgomery was “peacefully” turned around at the base of Edmond Pettus Bridge. The marchers wisely turned back based on credible threats of more Bloody Sunday violence, if they proceeded.

President Johnson implored Dr. King to wait at least until 11 March 1965 when he could get a federal judge to overturn the local ruling designating their right to march illegal. After that date, President Johnson could order National Guard to provide security for the marchers. Johnson also delivered on his promise to King when he proposed a new Voting Rights Act on 17 March 1965. 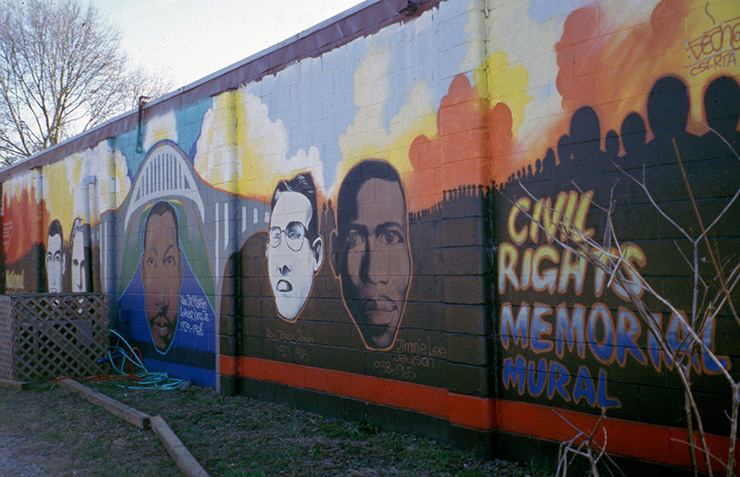 At the end of their 54-mile journey, civil rights heroes marched up steps to the Alabama State Capitol in Montgomery to deliver a message to the State of Alabama and by media, to Congress, that now was the time for legally mandated voting rights for all citizens.

The well-publicized marches and other momentum in the Civil Rights Movement pressured Congress to propose the Voting Rights Act for President Johnson to sign in August 1965.

On 12 November 1996, the U.S. Congress established the Selma to Montgomery National Historic Trail through an amendment to the National Trails System Act. Beginning at Brown Chapel AME Church in Selma, the trail follows the route of the march through Lowndes County along Highway 80 and ending at the Alabama State Capitol in Montgomery. Markers have been placed along the trail for tourists.