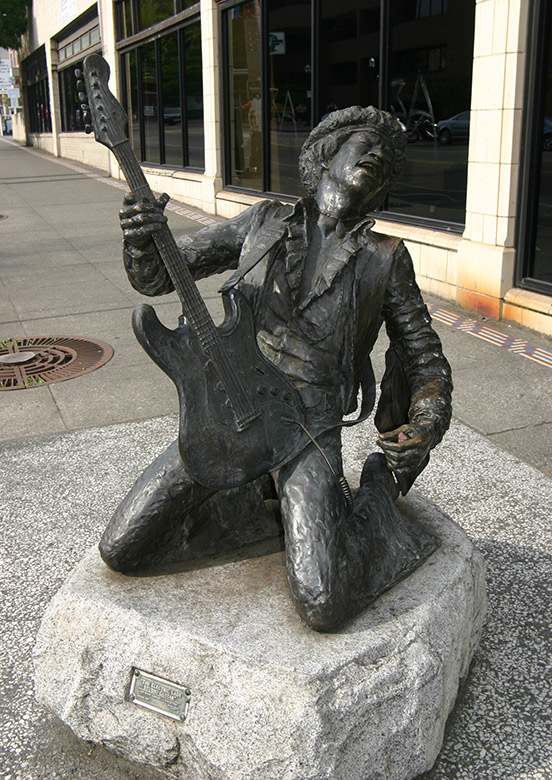 Seattle monument to Jimi Hendrix, considered by most to be the greatest rock guitarist; (c) Soul Of America

Seattle’s original settlement was named Duwamps, but name-changed to Seattle in honor of Chief Sealth.

A compact 84 square miles, Seattle is an isthmus with Puget Sound on the west and Lake Washington on the east.

Given all the greenery, Seattle is fondly nicknamed “The Emerald City.”

Seattle is located 113 miles south of the US-Canada border

Washington State Ferry is the largest ferry system in the U.S. and the third largest in the world, carrying over 25 million passengers each year.

Boeing moved its headquarters to Chicago, but engineering and manufacturing jobs remain in Seattle metro area.

Famous residents born or made important national contributions while living in Seattle region:

Ray Charles – Lived here during an early portion of his career