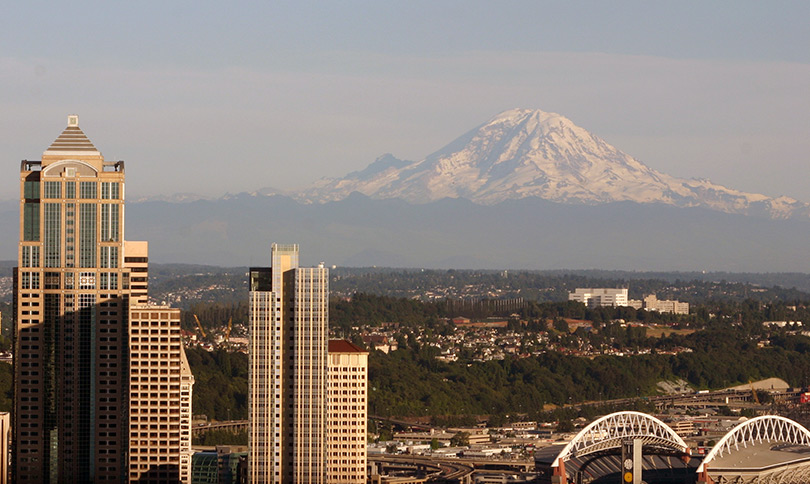 View of Mount Rainier from the Space Needle in Seattle; (c) Soul Of America

All elements of Seattle Photos are protected by copyright laws and may not be copied, retransmitted or imitated in whole or in part, unless expressly permitted in writing from SOUL OF AMERICA or the credited rights owner.