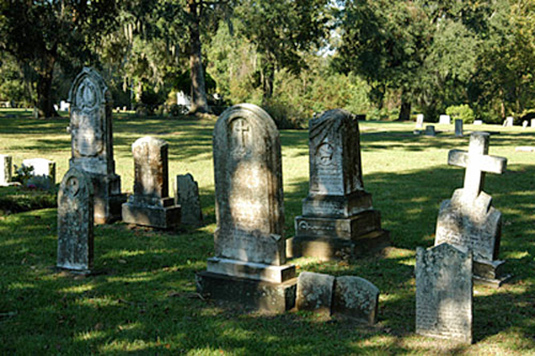 First Bryan Baptist Church
DESCRIPTION: On 20 January 1788, the Andrew Bryan was ordained as pastor of the church at Brampton Plantation and erected the first church on this site in 1794; Andrew Bryan was trained for the ministry by George Liele; although the church was built after the current Civil War, this Yamacraw property has been a worship site owned by African-Americans for more than 200 years.
SUNDAY WORSHIP: 11a
ADDRESS: 575 West Bryan Street, Savannah, GA MAP
PHONE: 912-232-5926
WEBSITE: http://www.firstbryanbaptistchurch.com

Second African Baptist Church
DESCRIPTION: On the steps of this church, General William Tecumseh Sherman read the Emancipation Proclamation to Savannah citizens and promised the newly freed slaves 40 acres and a mule; Dr Martin Luther King, Jr. preached his “I Have a Dream” sermon at this site before presenting it at the March on Washington in August 1963.
SUNDAY WORSHIP: 11a
ADDRESS: 123 Houston Street, Savannah, GA MAP
PHONE: 912-233-6163
WEBSITE: http://secondafrican.org

Nicholsonboro Baptist Church
DESCRIPTION: The community around the church was established in 1868 when 200 former slaves relocated to Nicholsonboro; 10 years later, 18 African Americans signed a mortgage for 200 acres of land; by 1882 the church received title to the land; the community’s primary monument is the Nicholsonboro Baptist Church.
SUNDAY WORSHIP: 11a
ADDRESS: 13319 White Bluff Road, Savannah, GA MAP
PHONE: 912-921-0566

St. Bartholomew’s Church
DESCRIPTION: Constructed in 1896, this elegant, Victorian Gothic-style church is home to the oldest African-American Episcopal congregation in Georgia, which began on a rice plantation south of Savannah; this plantation church is listed on the National Register of Historic Places.
SUNDAY WORSHIP: 11a
ADDRESS: Chevis Road, Savannah, GA MAP

Andrew Bryan Marker
DESCRIPTION: A Georgia State Historical Marker named in honor of the father of the Black Baptists church in America; Andrew Bryan was at Goose Creek, SC about 1716. He came to Savannah as a slave and was baptized by a Negro Missionary, Rev. George Liele in 1781. Since the British promised freedom to every slave during the Revolutionary War, Liele evacuated with the Brits in 1782 as the war turned against them. By 1783 as the war ended, Bryan began preaching at Yamacraw and Brampton Plantations. In 1788, he founded “the” First African Baptist Church; the marker is located across from First Bryan church.
ADDRESS: 500 West Bryan street, Savannah, GA MAP

Scarbrough House
DESCRIPTION: Located in the present Ships of the Sea Museum, this elegant home was built in 1819 for William Scarbrough, president of the Savannah Steamship Company. The architect was the posthumously noted William Jay from England. After a period of vacancy it was soold to the Savannah Board of education and functioned as West Broad Street School from 1878-1962, one of the first public schools for African American children in the city. In 1972, it was acquired by the Historic Savannah Foundation and restoration began.
ADMISSION: $10, Age 5 and under enter Free
DAYS & HOURS: Tue-Sun 10a-5p
ADDRESS: 41 Martin Luther King, Jr. Blvd, Savannah, GA MAP
PARKING: on premises and street
PHONE: 912-232-1511
WEBSITE: http://www.shipsofthesea.org

Laurel Grove – South Cemetery
DESCRIPTION: Dedicated in 1852 for the burial of free persons of color and slaves, this cemetery is the resting place of many of Savannah’s most famous citizens, including a number of Georgia’s earliest prominent African-American pastors, such as Andrew Bryan.
ADDRESS: Kollock Street at 37th Street, Savannah, GA MAP