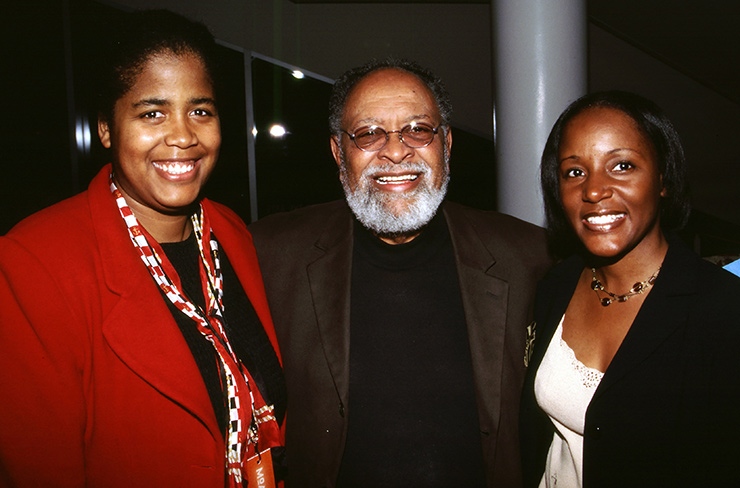 Sheila Umolu of Soul Of America (left), Rev. Cecil Williams of Glide Memorial Church and Patricia Turner at Museum of the African Diaspora

If San Francisco planners had their way in 1955, a network of interstate and state freeways along the waterfront and inland would have destroyed many vibrant neighborhoods. Though part of Embarcadero Freeway was built and half of the Fillmore District (a vibrant African-American community) was destroyed by urban renewal and a planned freeway, most of the plan was stopped to preserve what residents and tourists love above San Francisco.

For most of the 20th Century, San Francisco had one of the nation’s largest cargo shipping, ship repair and fishing seaports. In the latter 20th Century, cargo activity declined because San Francisco does not have freight-only railroad tracks running down the peninsula and convenient access to America’s freight rail system. In contrast, Oakland easily connects to the freight rail system. Hence, Oakland has built up one of the nation’s Top 7 cargo seaports. Simultaneously, San Francisco is converting more waterfront to leisure, cruise and office use, while preserving its fishing industry at Fisherman’s Wharf and preserving a couple ports for ship repair.

San Francisco is one of the most culturally diverse cities in the nation. But in 2016, it regretfully became the most expensive place to live in America.

Residents born or made a name for themselves here: