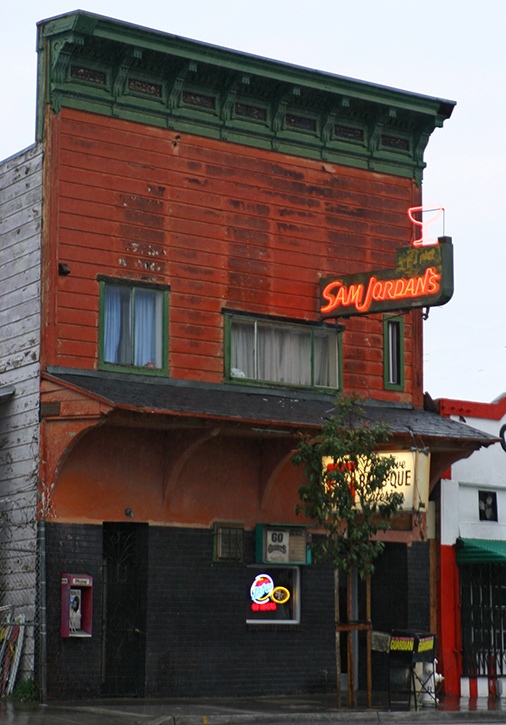 Founded in 1959, Sam Jordan’s Bar & Grill is the oldest continuously operating African-American restaurant or nightclub along San Francisco’s Third Street Corridor. He was an African-American Navy veteran, who relocated here after World War II. He won the San Francisco Golden Gloves Diamond Belt in 1948 and earned the nickname “Singing Sam” for serenading the crowd when he won. Sam became a prominent business leader in the Bayview community. In 1963, Sam became San Francisco’s first African-American mayoral candidate, running on a equality and civil rights platform. Great photos line the walls, including a photo of Sammy Davis Jr., who was once a customer. Though Sam died in 2003, his children manage the business like Sam. Today, Sam Jordan’s, bar & grill in Bayview, San Francisco hosts DJ music to all patrons and many private parties. The barbecue is ok. Despite many challenges, this business deserves our patronage for being a survivor.