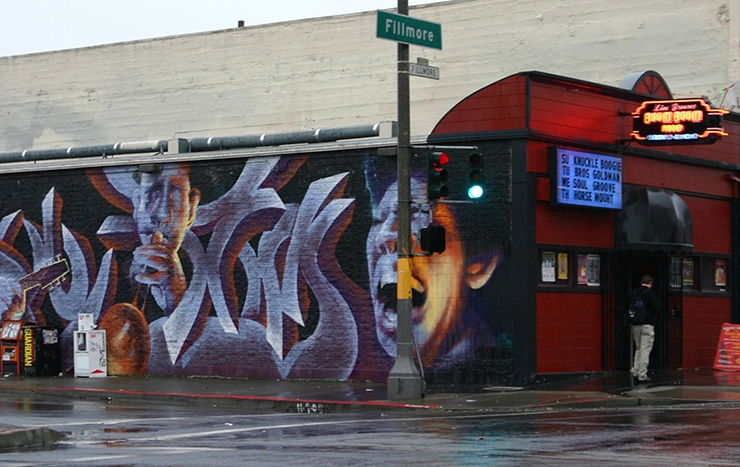 If you love the Blues, Boogie and Roots music, then one of the Fillmore’s most historic nightclubs is your spot. Though urban legend says is was partially-owned by John Lee Hooker, a famous American blues singer, songwriter and guitarist. The son of a sharecropper, he used an electric guitar adaptation of Delta Blues. As for his ownership of the club, it the truth appears to more nuanced. An interview of the owner suggests that it was a naming rights licensing deal that also permitted John Lee and his guests, unlimited drinks when he showed up. He showed up often this, the oldest Blues club west of Texas.