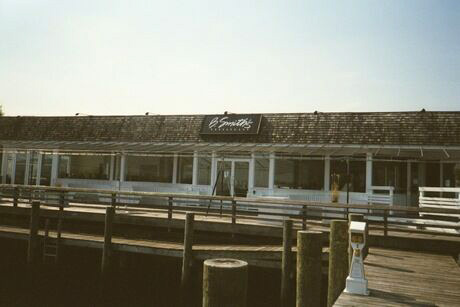 Originally called “Land at the foot of the Hills” by the Native Americans who founded the area, Sag Harbor has been a diverse community on Long Island for several hundred years. A major port on the eastern seaboard as well as one of the first points of entry into the U.S. from Europe in the early 1800s, ships arrived here from all over the world, lending to its international and ethnically diverse make-up. And because these founders were Native Americans, many of the building, street, park and other names reflect those early Indian tribes: Mashashimuet, Manhasset, Massapequa, Shinnecock, and others.

Sag Harbor also sustained a very active and profitable whaling industry–called the Golden Era of Whaling, begun by the Native Americans who hunted the whales for survival, and later joined by the Europeans, African Americans, and others. However, once the Europeans came they made it a commercial enterprise, utilizing the people of color here as their laborers. In fact, nearly a third of all of the Whalers here were people of African descent.

Unbeknownst to most, there were a great many Free Blacks (who were never slaves), residing here. This group, the Black Whalers and their families, European immigrants, Native Americans and other people of color thrived in Sag Harbor, living in Eastville. And it was here, in 1839, that members of the First Presbyterian (Whalers) Church–whose membership was acknowledged on the roster under “Colored”–built the St. David AME Zion Church.

It’s first pastor was an abolitionist working with the large Quaker community and others in Sag Harbor to facilitate the escape of slaves, many traveling up the eastern seaboard from Virginia and North and South Carolina. While some were smuggled onto ships going to Canada, others hid in village homes and in the church, concealed beneath a trap door under the main sanctuary. As a result, St. David’s became a stop on the Underground Railroad. Today, it is the oldest church in Sag Harbor still on its original site.

In the early 1900’s African Americans began to summer in Sag Harbor, and it was at that point that many Black professionals began to move here, their descendants continuing to live and own property here. Believe it or not, at that time Blacks were restricted to the waterfront because it was deemed less desirable. Today homes on beachfront property often sell in excess of $1 million.

Devastating fires, the collapse of the whaling industry, development and decline of local factories, and later the boom of the tourist and resort business, have changed the economic landscape here over the years. Yet still, it has survived, due in great part to the numerous contributions made by the many diverse cultures that have lived here for generations. Perhaps the historic site we miss most is B Smith Restaurant filled with her joyful spirit.